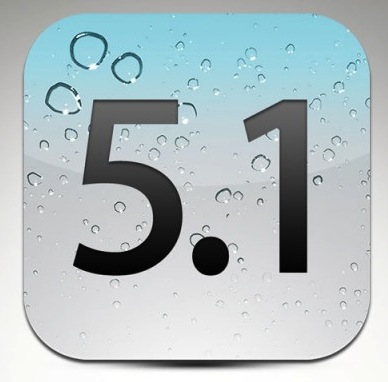 The iOS 5.1 can be downloaded free today for the iPhone, iPad and iPod Touch and adds several enhancements.

The update includes a camera shortcut from the lock screen, the ability to delete pictures from Photo Stream, camera face detection and also addresses bugs that affect the battery life.

Users can go the settings on the their device, switch on their wi-fi connection and head to General > Software Update to download and install the update.

Apple TV has now been taken to the next level with the latest version announced today.

The new Apple TV – which outwardly is identical to the older model – can now handle full high definition video and play it on a connected full HD display.

Apple TV’s software has also been updated and the new interface looks more like the iPad screen with icons arranged in a grid on the screen.

Content that sits in iTunes on your computer along with images in iPhoto can be streamed to your TV screen using Apple TV.

The device will also connect users to their content contained within iCloud so users can access their music, TV shows, pictures and now movies from this online storage.

Usere can also stream content directly to the Apple TV using AirPlay so your latest pictures, videos and music can be played on your flatscreen TV.