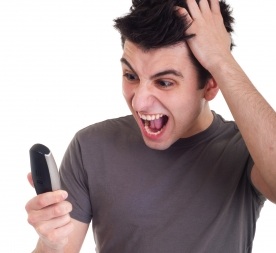 ACCAN calls for telcos to aim for less complaints

Telecommunications providers should aim to reduce the number of complaints they receive in an effort to build more trust among customers, says ACCAN.

Teresa Corbin, CEO for the Australian Communications Consumer Action Network, says telcos need to set their own targets for complaints reduction instead of waiting for government regulators.

It’s been three and half years since telcos were given an ultimatum to clean up their acts and offer more transparency to customers.

But Ms Corbin gave credit where it was due and praised the industry for introducing reduced roaming charges, international caps and customer usage alerts.

Complaints to the telecommunications industry ombudsman are down yet there were still 40,021 complaints made between January and March this year.

But that figure is still seen as too high especially when compared to complaints received by the Financial Ombudsman Service in the same period is just 7720.

“The TIO is generally regarded as one of the busiest ombudsman services in Australia,” Ms Corbin said.

“Clearly there remains significant scope to drive down the level of complaints much further.

“So ACCAN has asked telcos to set their own complaint reduction benchmarks based on how much better they think they can – and should – do.”

Improving customer service is a key issues among Australian operators.

A global customer service survey by KPMG released in July said Australian telcos ranked 19 out of 25 countries surveyed with Australia coming behind countries like Nigeria and Indonesia.

“The industry has gone backwards in the last five or six years in terms of how it treats its customers,” he told ABC’s Inside Business in June.

Telstra boss David Thodey also said: “I think this (improving customer service) is definitely a marathon and I have got through the first 10km. It is a big job.”

Of the customers who did make a complaint in the last six months, 34 per cent said they were not satisfied by the way their complaint was handled, according to a recent Roy Morgan report.