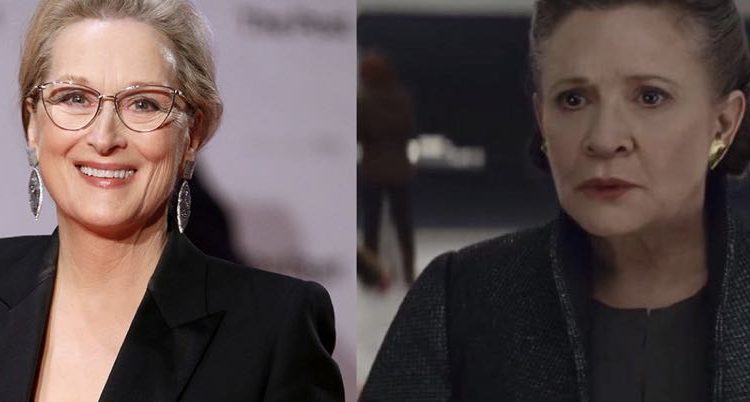 Meryl Streep to replace Carrie Fisher as Princess Leia? That’s what Sportsbet thinks and they’ve made her the $2 favourite to take over the iconic role in Star Wars Episode IX.

Sportsbet has installed acting royalty Meryl Streep as the favourite to head to a galaxy far, far away and assume the role left by Carrie Fisher who passed away in December 2016.

A petition to cast the Oscar-winning actress in the role attracted more than 10,000 signatures.

But pundits are also assuming Princess Leia will be written out of Star Wars Episode IX by writer/director JJ Abrams who helmed Episode VII – The Force Awakens.

The Sportsbet price that she will not be recast is a short $1.20 against $4 she will be recast.

There’s even a market for whether CGI will be used to replace Princess Leia – $1.33 for No and $3 for yes.

Carrie Fisher died well before the release of the recent Episode XIII – The Last Jedi – and the story concluded with her still in a leadership position with the Resistance.

But the interest in Streep assuming the role of still remarkably high.

Others in the market include Sigourney Weaver ($8.50), Kate Winslet ($16) and even Australia’s own Nicole Kidman at an outside $51.

Here is the full Sportsbet market:

Who will be cast as Princess Leia in Star Wars: Episode IX