Logitech has just released two next generation mice which run the new Logitech Flow software to allow you to connect to up to three computers at the same time for precision control.

Logitech’s MX Master 2S and MX Anywhere 2S connect wirelessly to your desktop or laptop computer directly via Bluetooth or with the Logitech USB dongle.

A button on the base makes it possible to instantly switch between three computers seamlessly.

Each mouse features Logitech’s proprietary Darkfield high precision tracking which gives the mouse cursor even more speed and accuracy and increases the resolution to 4,000 DPI.

And they can also be used on any surface including glass so there’s no limit where you can use them.

One in 10 people are working across multiple computers at the same time, according to Logitech which is why these new mice are so versatile.

With Logitech Flow and the new MX mouse, users can copy and paste files from one computer to another.

The Logitech MX Master 2S ($149.95) and the MX Anywhere 2S ($99.95) have programmable left and right buttons along with a scroll wheel, central button and side buttons.

The larger MX Master 2S has another larger side button as well as a side scroll wheel.

The MX Master 2S and MX Anywhere 2S both have a fast scroll so you can navigate websites and long documents quickly. 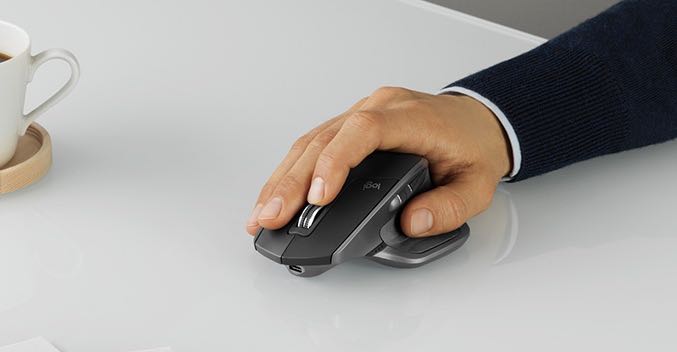 The smaller MX Anywhere 2S is designed to go with you so you can use it at home and on the move with your laptop.

And, of course, each mouse has been ergonomically designed so they are comfortable in your hand with all the buttons easily reachable.

Each of the Logitech mice have improved battery life with the built-in rechargeable battery that can run for up to 70 days on a single charge.

The Logitech MX Master 2S and MX Anywhere 2S are available in graphite and light grey and are priced at $149.95 and $99.95 respectively and are available now.

Samsung unveils a new colour for the Galaxy S8 and S8+