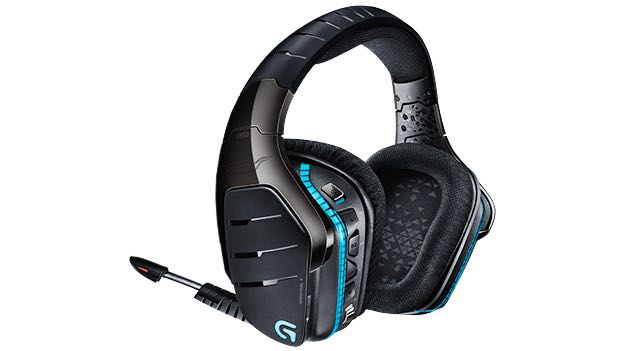 Logitech has introduced two gaming headphones that can deliver exceptional audio quality not only when you’re playing games but when you’re watching movies and listening to music.

Logitech’s goal with these products was to create high quality headphones that would deliver audiophile-like performance whether the player is deeply immersed in a game, enjoying their favourite music or enjoying the surround sound of a movie.

There’s also a boom mic which reveals itself when folded out from the left ear cup.

Tech Guide was given a behind the scenes look at the product’s development at the Logitech labs in Camas, Washington near Portland, Oregon.

And it all started with comfort – an important aspect when you consider users are likely to wear the headphones for hours at a time.

For that reason, Logitech, which had gone through several different material and shapes in the design labs, decided to use square ear-cups covered with hybrid mesh materials so they can provide a comfortable seal for noise cancellation as well as prevent outside sounds leaking in and the headphone’s audio leaking out.

Having a comfortable fit was also important to the sound quality as well.

In the Logitech design lab, engineers went through seven pilot builds before the final design was reached.

On the audio side, Logitech has designed these products from the ground up right down to the Pro-G driver which offers crisp and clear audio at all levels along with deep bass.

Also on board the headphones are Dolby and DTS Headphone X technology which creates an incredible surround sound experience like a real-like 7.1 speaker system.

DTS Headphone X can create true spatial awareness which allows players to easily hear their opponents in front, behind and beside them.

For our testing we listened first to a real 7.1 channel speaker system that we could clearly hear from different points in the room.

Next we were asked to put on the Logitech G933 Artemis Spectrum headphones and the same sounds were played. It sounded exactly like the speakers in the room with sound appearing to come from various directions.

Players can take advantage of this feature and enjoy the surround experience without disturbing anyone else – ideal if you’re playing late at night and don’t want to disturb the other members of the household.

The headphones audio capabilities are also thoroughly tested in an anechoic chamber to optimise the output quality.

They are also tested for compliance to worldwide standards of power, wireless performance and their ability to handle static electricity and power surges.

The Logitech G933 and G633 can be used not only with PCs, but also with smartphones and the Xbox One and PlayStation 4 consoles.

The G633 has a USB connection and an analog input so it’s possible to mix sounds from two devices.

The G933 has a USB mix adaptor and two analog inputs so users can connect three devices.

So it’s possible to be connected to your game and your smartphone so you can make and receive calls without missing a minute of your game.

And the headphones can also connect to an AV home theatre receiver via a USB port and RCA audio out and enjoy the true surround sound experience without the speakers and without disturbing anyone else.

The Logitech Gaming Software gives user even more control and customisation options for the G933 and G633 headphones.

Users can assign game macros on three programmable G-keys to make your game play even faster or more convenient.

You can even make individual settings and also assign a profiles for your different games.

It’s also possible to choose various preset equaliser options to suit the type of game you’re playing including first person shooters that pulls in sounds from the front and the back even closer to the player to make it easier to detect the enemy.

This means you can take your Logitech headphones with you and play somewhere else and still have access to those customised settings.

RGB lighting also plays a big part with the Logitech headphones. The lights run down the side and along the bottom of each ear cup.

They provide not only a decorative function but can also convey information from the game like your health or ammunition level.

The lighting is also programmable and it is capable of displaying up to 16.8 million colours.

And when paired with the Logitech G910 gaming keyboard and gaming mouse – the colours can all play in unison and be adapted even further for more visual relays of the game’s information.

Australian pricing will be announced closet to the launch date.

* Stephen Fenech travelled to Portland, Oregon as a guest of Logitech