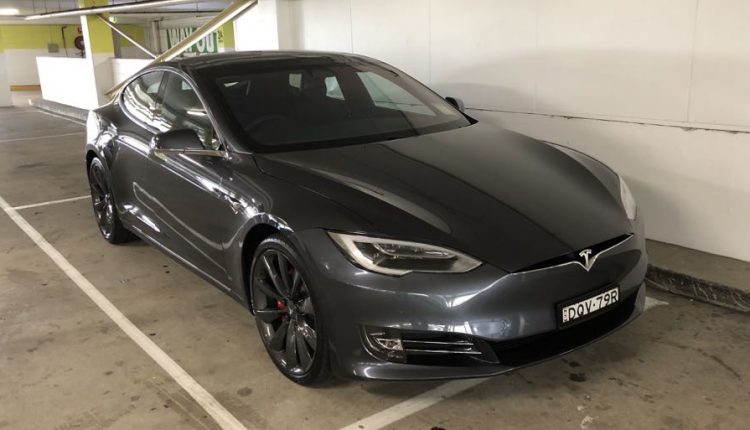 We’re already big fans of the Tesla electric cars and our latest time behind the wheel of the Model S P100D allowed us to explore two amazing autonomous features for driving and parking.

This vehicle is capable of driving itself thanks to its advanced range of sensors, cameras and radar which gives it 360 degrees of visibility with a range of 250m.

Tesla Vision adds powerful processing tools built on a deep neural network to take the input from the sensors and cameras to create a driving capability well beyond a human’s abilities.

With Enhanced Autopilot, the Tesla will adjust to traffic conditions, stay within its lane and change lanes.

And when you decide on a parking spot, the car can also park itself and also be summoned in and out of the spot or your garage.
Enhanced Autopilot can also read your calendar and steer you towards your assumed destination.

But Tesla says on its website that “self-driving functionality is dependent upon extensive software validation and regulatory approval, which may vary by jurisdiction.”

In the above video we took our hands off the wheel – that is not what drivers are supposed to do. Tesla insists drivers must keep their hands on the wheel at all times to take control of the driving if necessary.

When we had the car, Tesla encouraged us to try autopilot but mainly on freeways – which we did.

We’ve used cruise control in the past, our current vehicle has it and that’s fine for sitting at a certain speed but you still have to steer.

Our first attempt with the Tesla Enhanced Autopilot was in Sydney’s Lane Cove Tunnel.

A small steering wheel symbol on the drivers display indicates when autopilot is available. 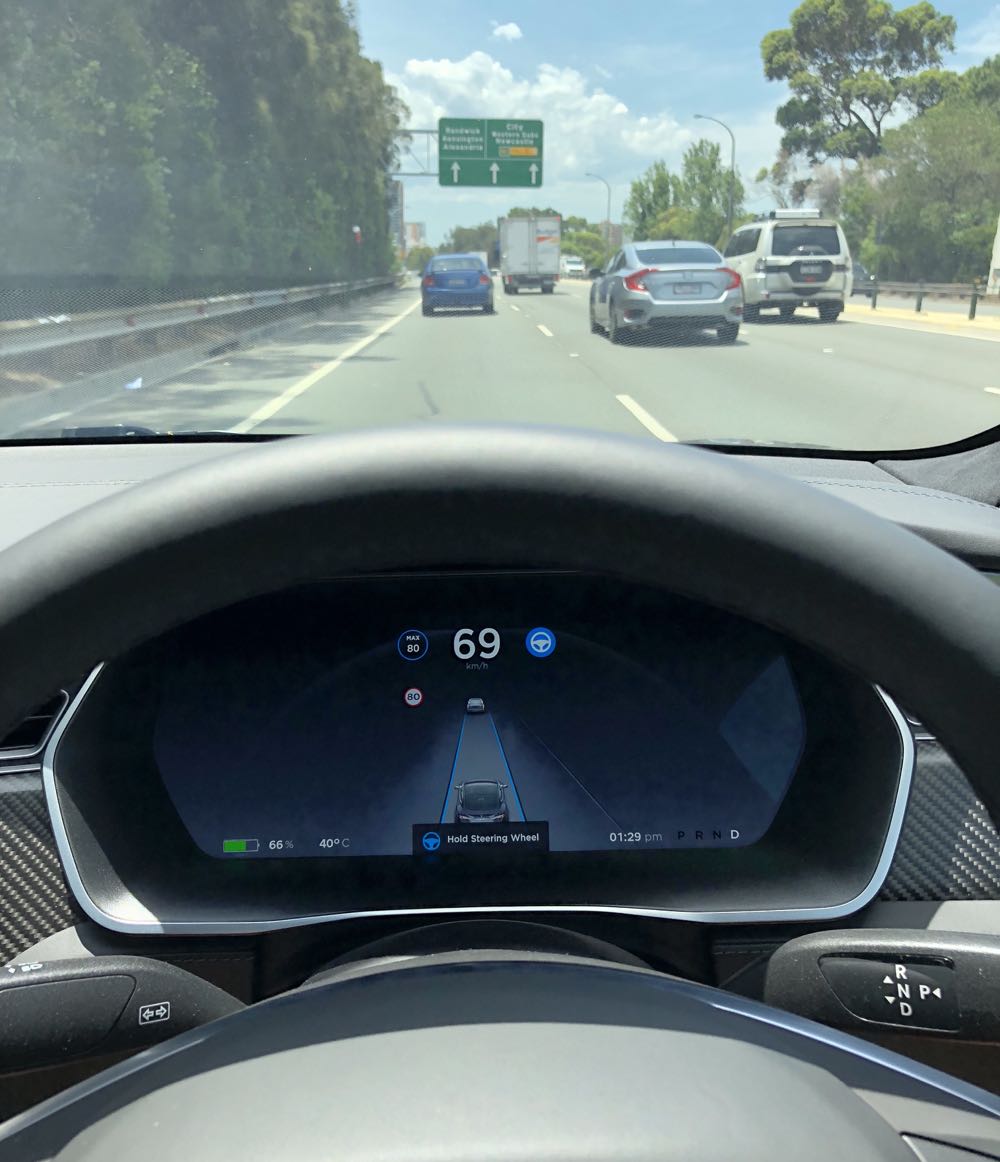 With a double pull on the lower column on the left-hand side of the steering wheel, we were engaged and heard a chime to confirm the Tesla had taken over the driving.

Australian road rules require a driver must have their hands on the wheel at all times.

And that’s what we did. We held the wheel loosely which still allowed the car to stay in its lane and steer.

It is possible to just put your hands in your lap and let the Tesla drive itself but after a few seconds you will see a warning flash up on the screen and an instruction to put your hands on the wheel. 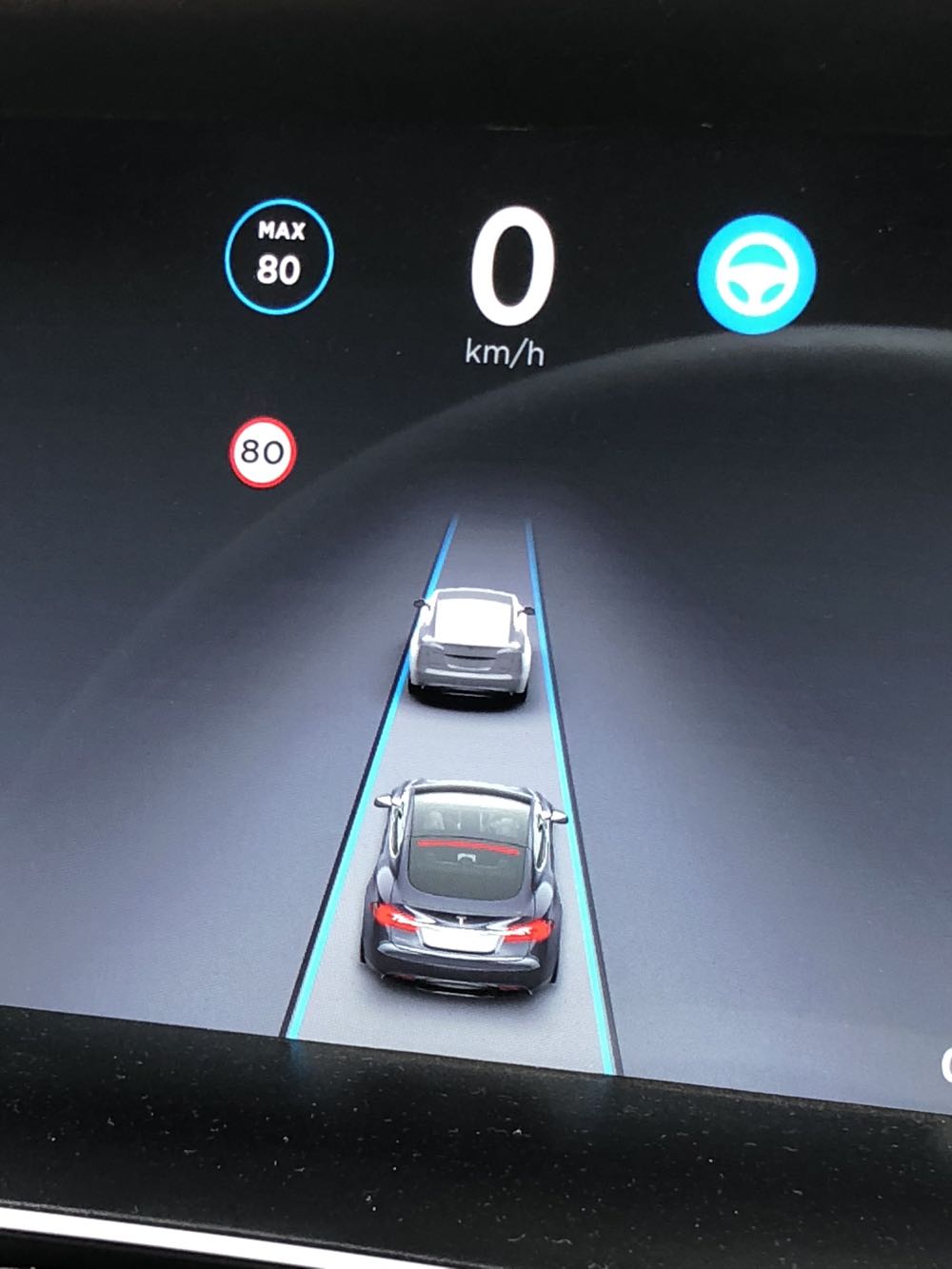 To be honest, we were a little bit nervous on our first autopilot drive. It was the first time in all the years we’ve been driving where we weren’t in complete control.

Instinctively, a driver – no matter how nice or expensive the car they are driving – won’t place complete trust in the vehicle to make decisions on their behalf.

That’s how we felt at first but it only took was a few minutes to realise the Tesla well and truly had our back.

In fact, later that day we drove from Westleigh to our home in Sydney’s Eastern Suburbs and 90 per cent of the drive was using the Tesla Enhanced Autopilot. 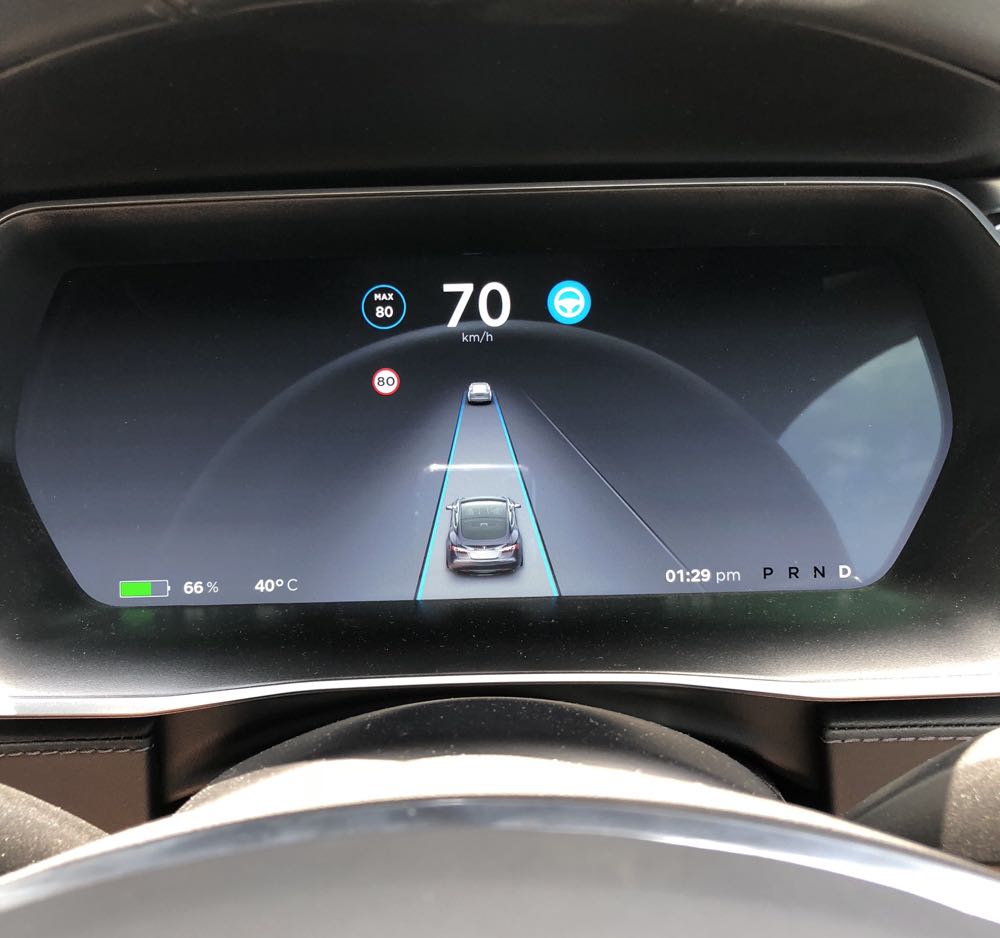 The car effortlessly kept in its lane and slowed down in traffic but also sped up again as the cars ahead moved on.

The traffic was fairly heavy but the car handled the trip effortlessly.

And if we needed to change lanes we simply used the indicator and the car did the rest. It looked for a break in traffic and made its move.

We were able to set the maximum speed, although the car takes note of the current speed limit and usually uses that as its maximum speed.

Another adjustment is setting the number of car lengths you’d like to remain behind the vehicle ahead of you.

For our driving, we chose three car lengths. And this maintained even when cars were pulling into our lane ahead of us. 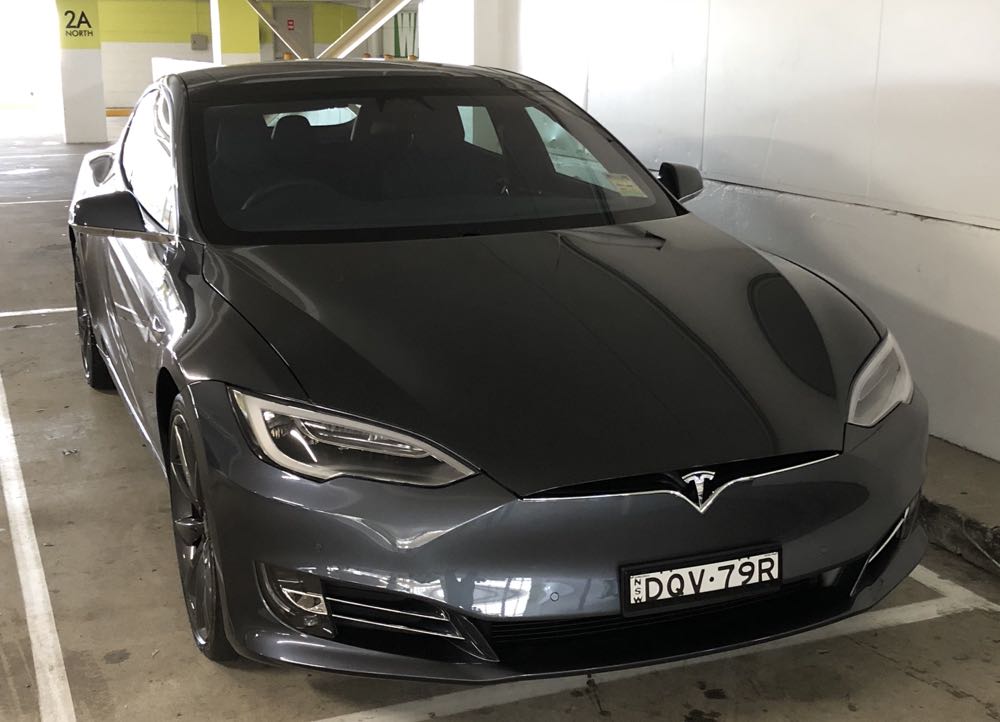 This can really take a lot less pressure off the driver especially on a long freeway drive.

Yes, you’ve still got to pay attention to the road and keep your hands on the wheel but it’s like spotting someone on the bench press at the gym – you only get involved when you have to.

The other advantage you is that you’ll always stay below the speed limit.

As a driver, it’s not hard to creep up over this posted limit but with the Tesla Enhanced Autopilot that is simply just not possible.

And even when you reach your destination the autonomous features continue.

The Tesla is a self-parking feature so I can drive in or back in to a spot or into your garage at home.

But another feature we enjoyed was Summon. And as its name suggests, you can direct the car forward or back through the Tesla app on your smart phone. 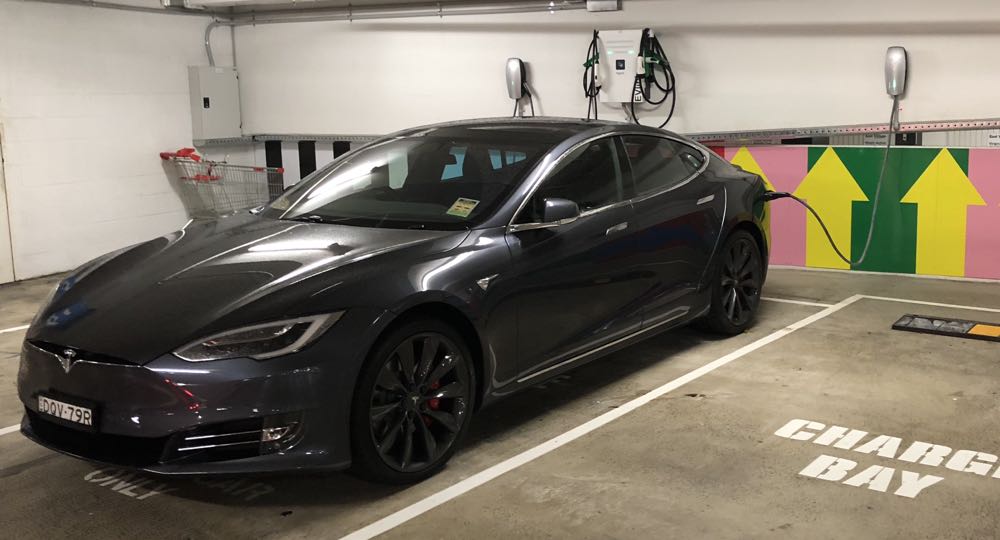 You may need to drive the car into a tight parking spot or into your garage and you can simply choose forward or reverse within the app.

After a few seconds, the car magically starts to move, slowly of course, in the direction you chose.

We found this useful to bring the car out of a parking spot when it was too tight to get in and open the door.

It’s just yet another example of the amazing technology under the Tesla hood.

Apple enjoys a record-breaking holiday season in the App Store