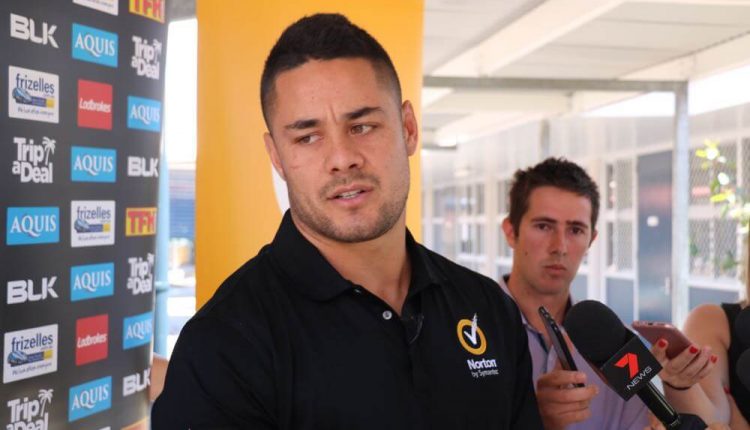 A cyber safety session with rugby league superstar Jarryd Hayne at a Gold Coast high school took an embarrassing turn when a demonstration about the dangers of open networks revealed pornographic images.

Hayne, a Norton internet security ambassador, was participating in a demonstration showing his browsing history and images when another person joined the open wireless network and revealed a pornographic site.

The Gold Titans superstar was shocked at the appearance of the images in front of the 200 students from Robina State High School on the screen while the Norton representative Nick Savvides hurriedly disconnected the network.

Tech Guide was at the school for the Norton cyber safety demonstration and saw the pornographic images which were on the screen for about 15 seconds before being shut down.

Later Savvides confirmed the images had not been from Hayne’s device.

“During our wi-fi demo we had a working network that was available for anyone to connect to and someone had connected to the network and browsed to a site where the images were displayed,” he said.

“I just checked the devices that connected and it wasn’t Jarryd’s.”

“We do this demo in many scenarios and we haven’t had this happen before. It is unfortunate.”

The incident actually demonstrated the dangers of an open network.

“Connecting to open networks people can see what you’re doing as well, in this case, inject unwanted material,” Savvides said.