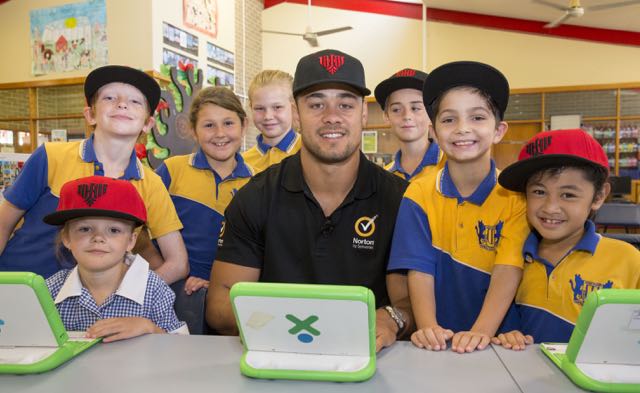 NRL star turned NFL hero Jarryd Hayne has gone back to his roots and visited his old primary school – but not to talk about his American football – but about cyberbullying and online safety.

Hayne, the former Parramatta Eels superstar and now San Francisco 49ers rookie, is an internet security ambassador for Norton and he dropped in to his old school John Warby Public School in Campbelltown.

Speaking at the school’s assembly, Hayne spoke to the student body about his online experiences and challenges and how the internet allowed him to stay in touch with his friends and family.

“With one in three children impacted by cyberbullying in Australia, awareness and education for young people on this issue is essential,” Norton ambassador Jarryd Hayne said. 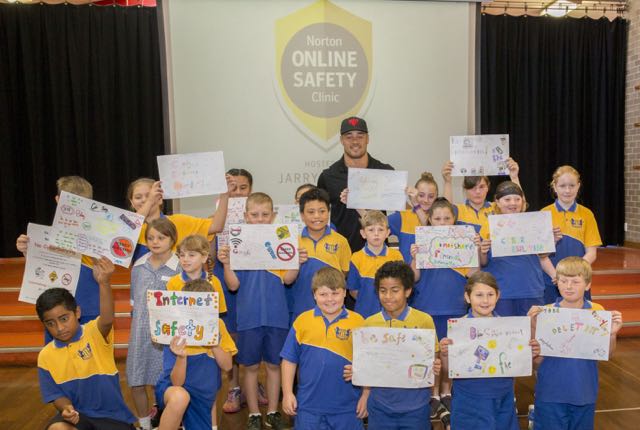 “Some kids may not know cyberbullying by its name but many will know what it looks and feels like.

“By partnering with Norton, I hope to make a positive impact on the digital lives of young Aussies.”

Hayne recalled the differences between bullying when he was child to the world kids face today.

“When I was a student, bullying happened mostly on the school playground but today it can occur anytime of the day and anywhere.  People can say hurtful things online and once they press that ‘enter’ button, it can’t be taken back,” he said. 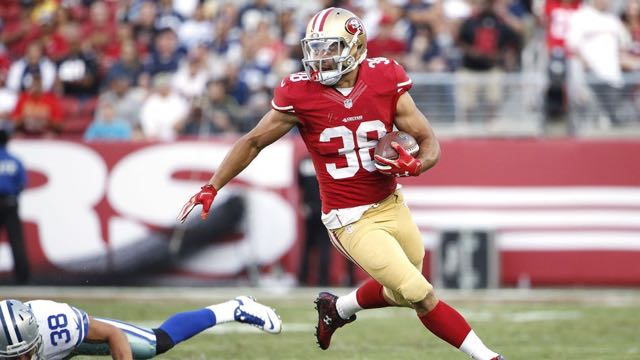 “The effects of harsh words can be damaging. Cyberbullying can make kids feel isolated, insecure, and depressed. Those feelings can have a long lasting impact on a child’s mental wellbeing.”

“Young people need to have each other’s back in the online world.   If they see bad behaviour, kids shouldn’t be afraid to call it out, speak to a trusted adult and support the person being targeted,” 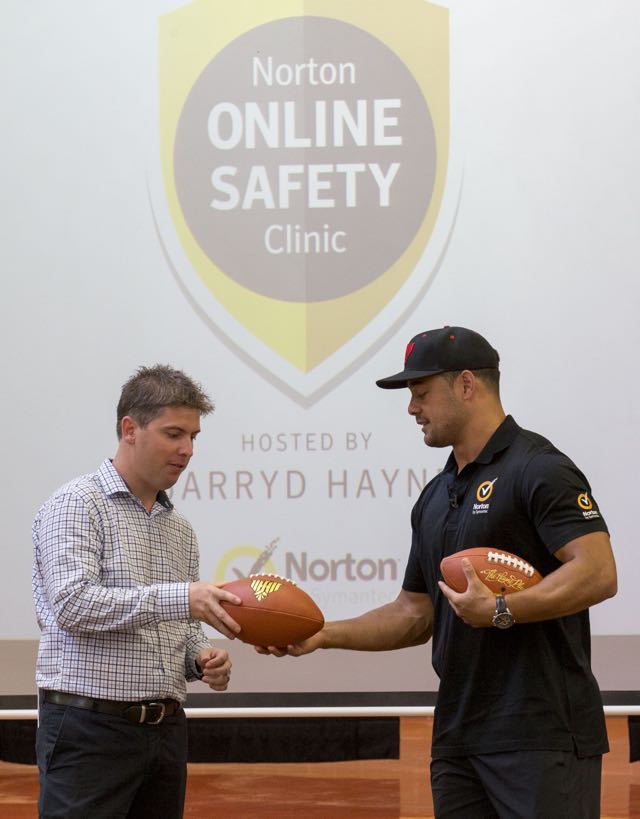 “It’s great to have Jarryd come back and visit the students,” said Assistant Principal Andrew Lord.

“He has such a big profile within our community. Everybody here has been really excited about his progress in the NFL and his achievements with the 49ers so far.

“Online safety is a major focus within NSW Public Schools currently. Equipping students with the skills to be responsible, discerning and positive digital citizens is something that all the staff at John Warby emphasize continually.

“To have such a positive role model, like Jarryd, reinforce that message is a really powerful learning tool for our students and school community.”

Second Telstra outage hits customers in as many months. What is going on?