If you have an iPhone, iPad or iPod Touch you can upgrade to the latest iOS 9 software today for free to enjoy a range of new features. So how do you do it? Here is a step-by-step guide.

The iOS 9 update can be installed either when your device is connected to your computer or on a wi-fi network.

1. The first thing you need to do is back up your iPhone either to your computer or to iCloud. You’d want to have a back-up of your device in the unlikely event that something may go wrong and your content is lost.

2. Make sure you’re either connected to your computer or on a wi-fi network to run the update which should be 1.3GB in size.

3. If you’re running the update through your computer, connect the iPhone using the USB Lightning cable and open iTunes. Find your phone in iTunes and look for the Update button. It should do an automatic check to see if there are any updates anyway.

4. If you’re connected on wi-fi and want to run the update go to Settings > General > Software Update and you should see iOS 9 is there ready to install. Follow the prompts and it should take about 20 minutes to complete.

iOS 9 can be installed on iPhone 4S and later, iPad 2 and later, the iPad Mini and the iPod Touch fifth generation.

iOS 9 has a number of new features including a slightly different look. The font used throughout the operating system has changed.

But apart from cosmetic changes, iOS 9 also has a number of other enhancements. 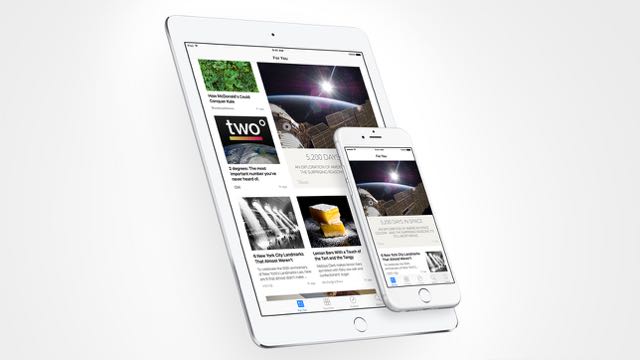 This is a brand new app that gathers stories from the top sites and news sources.

The app then offers the essence of a printed reading experience along with the interactivity of digital media. 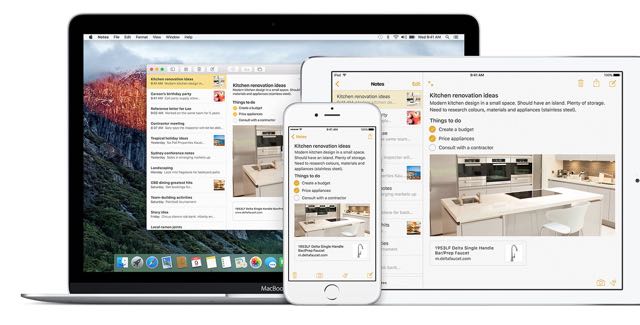 Now this app can do a lot more than just typing plain text. With iOS 9 you can now add photos, links and maps to create more detailed and even richer notes.

You can also draw sketches with your finger on the device’s screen, make checklists and take a photo while inside the Notes app

And all of these notes are accessible across all of your Apple devices from iCloud. 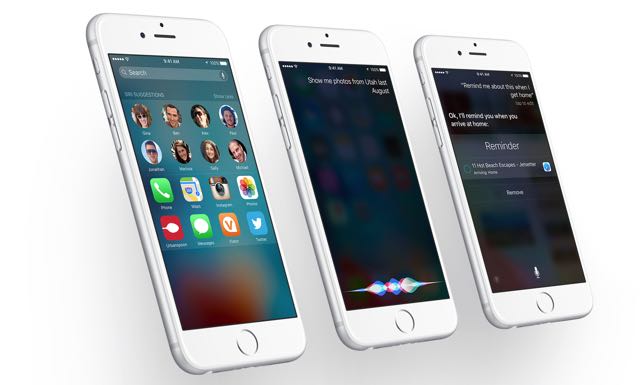 Siri is smarter smarter in iOS 9 and also has a new look.

Now Siri can find answers for you from the internet as well as give you even easier access to the content on your device.

You can also ask Siri to find photos from your trip or from a particular event as well as remind you to follow up on emails and sites you you’ve been looking at later.

With Proactive assistance you get the most relevant information at your fingertips based on what you’re doing, where you are and the apps you’re using.

This could be suggesting people to contact based on usage patterns, telling you when to leave to make your next appointment on time and remembering what you like to listen to in certain times and locations.

Maps can now provide even more information and detail about your surroundings including restaurants, shopping and other points of interest with the new Nearby feature.

Train station entrances and exits will be even clearer to help you plan your trip faster and more accurately.

And you can also find the fastest way to your destination whether you’re on the bus, driving or walking. 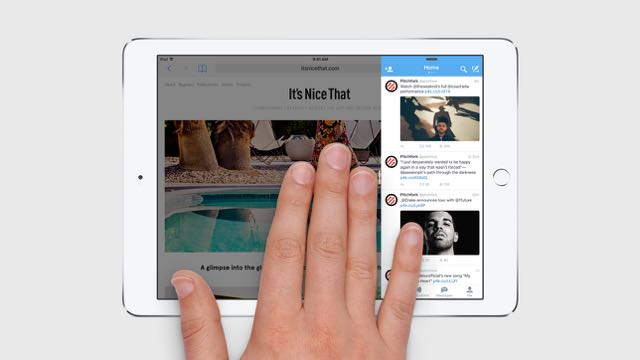 The iPad now has enhanced multitasking features like Split View that will work on the iPad Air 2 and make it possible to run two apps at once side by side and share content between them.

Slide Over works in a similar way to Slide View and lets you open a second app without leaving the app you’re currently using and then slide it away when you’re done. 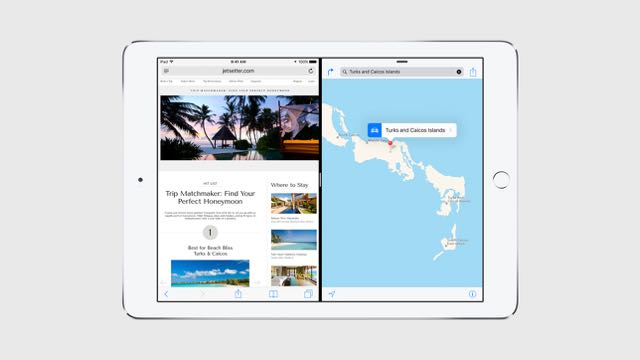 With Picture in Picture you can keep your FaceTime video call open or continue watching a video while using other apps.