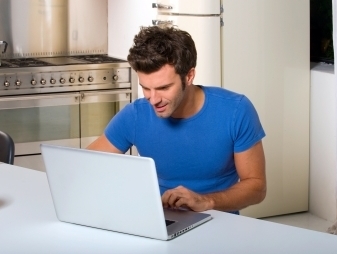 In these always-connected times work is a thing you do rather than a place you go and a new Optus study shows working from home is becoming more popular.

With a solid broadband connection and a computer there’s nothing that can stand in a person’s way if they wanted to work remotely.

Optus research has revealed small business owners are increasingly working from home and averaging about 13 hours a week which is the equivalent of 17 weeks a year.

This new trend dubbed “Life Splicing” is supported by the fact that only five per cent of small business owners don’t bring their work home.

Many Optus customers rely on their flexible broadband plans to work from home – a practice that is seeing increased support even from major corporations.

The benefit for the employee is there is no need to commute to an office – in fact they can do their job in their pyjamas if they wish.

On the company side this means there is less need for larger and expensive office space while maintaining productivity levels.

Two thirds of Australian businesses (68 per cent) are actually run from home but some owners admit there are some frustrations.

One of biggest gripes is a poor home tech set up (33 per cent) along with lack of office banter (32 per cent) and the inability to bounce ideas off other people (23 per cent).

Optus offers a range of fixed broadband plans with transparent pricing and no hidden charges including new unlimited plans which was recently introduced.