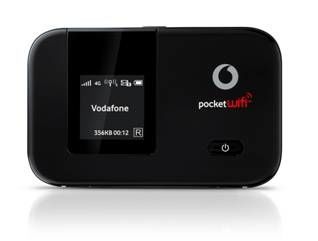 The Vodafone Mobile Broadband USB Stick and the Pocket Wi-Fi are Category 4 (Cat 4) enabled and are capable of speeds of up to 150Mbps.

The USB stick plugs directly into your laptop while the Pocket Wi-Fi can connect up to 10 devices to Vodafone’s fast 4G network.

“We are seeing a strong demand for mobile broadband products, especially from people who don’t want a permanent fixed-broadband connection, students, those living in share accommodation and people who simply don’t want to be locked into a contract,” says Katie Turkal, Vodafone’s general manager of devices.

“Increasingly, Australians are ditching fixed internet connections in favour of the convenience and portability of mobile data. What’s more Vodafone 4G can offer speeds up to two and a half times faster than standard ADSL connection.”

Existing Vodafone customers will receive a 15 per cent discount if they purchase the Mobile Broadband USB Stick or the Pocket Wi-Fi before April 2.

These 4G devices are not available on pre-paid plans and require a 4G-enabled mobile broadband plan.

Wireless broadband usage has increased by 13 per cent between December 2012 and June 2013, according to Organisation for Economic Co-operation and Development (OECD), with the attraction of 4G speeds the main attraction.

As of June 2013 there were 6.15 million mobile wireless internet subscribers – an increase of 5 per cent from the previous year, according to the Australian Bureau of Statistics.