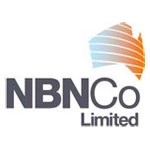 Telstra and Optus today signed agreements with NBN Co and the Commonwealth to take part in the rollout of the National Broadband Network.

In Telstra’s $11 billion deal it has agreed to migrate its existing copper network and parts of its cable network to NBN-based services over the expected 10 year build period.

Optus announced it would transfer its HFC (Hybrid Fibre Coaxial Cable) customers to the NBN in a deal worth $800 million.

Telstra’s agreement will be put to the shareholders at the company’s AGM (annual general meeting) in Sydney on October 18.

Key Telstra components include migrating the copper and most of the cable network to the NBN over the next 10 years along with providing NBN Co with access to certain Telstra infrastructure.

Telstra has also agreed with NBN Co on key product features and pricing commitments for basic voice and data.

“The signing of these agreements is another important step following two years of complex negotiations between Telstra, NBN Co and the Government,” said Telstra chairman Catherine Livingstone.

“The Government’s commitment to the NBN and other related policy changes meant that the Telstra Board had to decide whether the company should participate in the NBN rollout or pursue other options.

“The decision to participate was made on the basis that the proposed transaction is expected to provide us with the ability to recover more value for the business than the available alternatives, given the loss of value after the NBN policy announcements.”

Optus CEO Paul O’Sullivan said: “Optus was born in competition. This deal supports the NBN to create a level playing field for all telcos. Australian customers will be the winners.

“This agreement represents a fair deal for Optus . We intend to use the NBN to turbo-charge competition and to deliver the full potential of the 21st century digital life to customers.”

Has technology turned you into a workaholic?