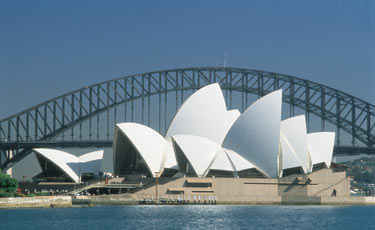 If you can’t make it to the Sydney Opera House to watch a live performance you can now catch it on YouTube after a two-year partnership was announced.

Under the new deal there will be 20 live performances that will be streamed live on a new YouTube channel called Live at the Sydney Opera House.

And the service is certain to be popular if last year’s live stream of Australian band The Temper Trap during the Vivid LIVE Festival is anything to go by.

There were more than 296,000 views which is 100 times more than the number of people who watched the performance live in the Concert Hall.

The Temper Trap was one of four live performances streamed to YouTube which attracted more than 916,000 playbacks in total.

It was on the strength of this popularity that the Sydney Opera House and YouTube decided to formalise its agreement over the next two years for viewers both in Australia and around the world.

“Sydney Opera House is one of the most ambitious and truly innovative venues in the world. They have a long-standing commitment to using technology to democratise access to their incredible performances,” said Richard North, Head of Music Partnerships YouTube Australia & New Zealand.

“Building on hugely successful events like YouTube Symphony Orchestra and Vivid LIVE 2012, this new, long-term partnership is going to open up even more of the Opera House’s events to our 800 million strong monthly audience, showcasing the best of Australia and the world, live on the world’s largest stage – YouTube.”

Sydney Opera House CEO Louise Herron added: “I am hugely excited that this partnership will allow the Opera House to deliver some of our finest performances live across Australia and the world.

“Online video is a major part of our strategy to ensure Opera House experiences are available to anyone, anywhere at any time.

“The past financial year saw our online video views experience 300 per cent growth.”

Over the coming years the Sydney Opera House expects the numbers watching on YouTube will match or exceed the 8.2 million who visit the precinct annually.