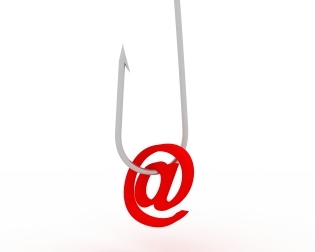 Scammers have been using the missing Malaysian Airlines flight MH370 as bait to lure people to sites that will install malicious software (malware) on your PC.

The Australian Government initiative – Stay Smart Online – has advised users who receive an email or link on social media to news of the plane’s disappearance to exercise caution.

Cyber criminals and hackers are trying to cash in on the worldwide interest in the story as people eagerly search the web for any news on the missing aircraft.

That enticing and seemingly innocent link or video may lead inquisitive web surfers to a site that may install malware on unprotected computers.

These links may include ridiculous headlines like the Malaysian Airlines plane being found in the Bermuda Triangle and with an accompanying image.

What also helps with this web deception is the fact that these story links appear to be coming from reputable websites like CNN and the BBC and include videos and images to support the ludicrous headline.

And when users click through on the link the site appears to real but it is, in fact, an elaborate fake.

If your computer is not protected with up-to-date security software your computer may now be at the mercy of the hackers who can install things like keyloggers and Trojan horses to virtually spy on users.

There have been several examples of these links on Facebook that has the social network busily trying clear them from news feeds.

There were similar scams recently as the world awaited news of the birth of the Kate and Prince William’s royal baby and at the time of the Boston Marathon bombing.

To stay safe be suspicious of any messages you receive from strangers and untrusted sources.

Don’t open any attachments unless you are certain of its contents.

The rule of thumb – when in doubt, leave it out – delete suspicious emails and ignore links that appear to be sensational and far-fetched.

Sales of tablets in Australia doubled in 2013