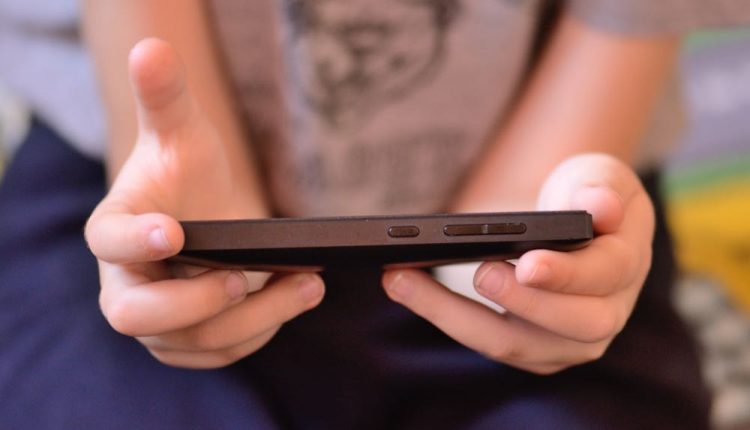 A lot of kids who have asked Santa for a smartphone this Christmas will be very happy after research revealed nearly a quarter of Australian parents will be gifting their child a mobile device.

According to a report commissioned by Telstra, 23 per cent of Australian parents surveyed will be giving their son or daughter a new smartphone as a Christmas gift.

The majority also believed 12 to be the appropriate age to buy their child their first phone.

The research found that safety was the primary reason for giving their child a phone (62 per cent) with 45 per cent of parents saying their child had also asked for one for Christmas.

Another reason (24 per cent) was because their friends had one as well and they didn’t want their children missing out.

But parents also have a degree of apprehension about their child getting their first smartphone with concerns about cyber safety, spending too much time on the device (63 per cent), cyber bullying concerns (61 per cent) and exposure to inappropriate content (61 per cent).

“As a mother of two, I understand how difficult the decision is when weighing up whether to give a child their first phone,” said Jackie Coates, head of the Telstra Foundation.

“The truth is there is no ‘right’ age for a smartphone – it really comes down to whether a child is able to demonstrate trust and responsibility by following agreed rules and handling the phone sensibly.

“Before handing over a child’s first phone, it’s important to use the opportunity wisely to have the discussion with your child and lay out expectations on how your family uses mobiles and technology.

It’s really great to see from our research that the majority of parents are prioritising having this conversation with their kids.”

Other key findings from the research:

– Managing usage: Parents plan on managing their child’s phone usage with methods like parental controls to limit screen time and access to certain sites (45 per cent) and having access to their social media accounts (29 per cent).

– Agreed expectations: 73 per cent of parents would only gift their child a smartphone if they had discussed safety and agreed on expectations of their usage.

– Preference for prepaid: Pre-paid remains the most popular option for a first phone (37 per cent), with a quarter of parents (25 per cent) willing to spend between $100 to $200 on a phone for their child, while 34 per cent consider a phone case and screen protector essential.

– Set the rules: One of the simplest ways to make sure children have a healthy relationship with their digital devices is to involve them in setting boundaries around acceptable screen time.

– Togetherness: Not all screen time is created equal. Allocate screen time with your kids, where an activity is more valuable for their development, the more time they can spend doing it.

– Be a good example: Be a good role model, if you want the dinner table to be a device-free zone. That means the same rules apply to you too. Children are happier to follow rules if they feel like everyone is playing by them.

– Clock off: You can’t be looking over your children’s shoulders at all hours of the day. There are a range of parental control tools to help families become more mindful about screen-time habits.

– Lock it down: It’s worth teaching kids from a young age not to share passwords with others or across different sites and accounts and get them in the habit of using passphrases so they’re hard to guess but easy to remember.

– Stay involved: There’s no need to be overbearing but encourage kids to use their devices in communal areas of the home. That way if they do come across something they weren’t looking for they can let an adult know straight away.