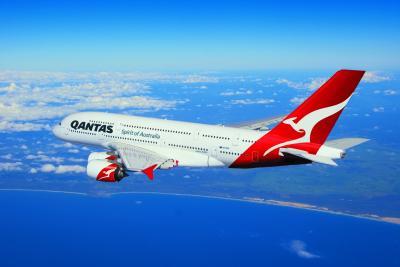 Qantas passengers can now kill some time on the long flights to Los Angeles on the A380 surfing the internet thanks to a new trial which kicked off this week.

The trial on Qantas flights from Sydney to LA and Melbourne to LA aboard the double decker aircraft will allow first class and business class passengers to access the internet on wi-fi enabled devices like laptops, tablets and smartphones.

Running for eight weeks, the Qantas internet trial will offer free access for the first half of the trial.

Qantas will ask passengers to pay for the service in the last four weeks of the trial with a credit card.

Pricing for the in-flight wi-fi internet access is yet to be finalised but Qantas says it will reflect pricing offered for the same service on rival airlines.

Reports suggest passengers will be able to pay either per hour or by buying data allowance blocks.

David Flynn from AustBT has written a review of the Qantas in-flight wi-fi service based on a passenger’s experience on the A380.

The passenger was presented with a code which is used to access the onboard wi-fi network which is called “OnAir”.

He also says the connection is quite slow and good enough for checking emails but it wouldn’t be suitable for surfing graphics-heavy websites.