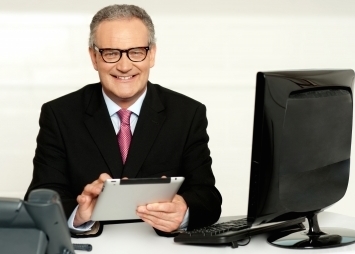 Airtasker, a service used by time poor individuals and businesses to outsource odd jobs and tasks, has found older men and women – dubbed the “Grey Army” – are among the most popular workers on the platform.

Despite being on the outer in traditional workplaces, skilled and experienced older workers still have a lot to offer.

Age discrimination costs the Australian economy about $11 billion a year, according to the Age Discrimination Commissioner, Susan Ryan.

“At Airtasker we are trying to pioneer a new way to work where people of all ages are valued for the skills and experience they offer,” said Airtasker co-founder and CEO, Tim Fung.

The recently released Federal Budget offered $10,000 bonus to companies that employed people aged 50 and over.

On Airtasker there are several cases where older workers are putting their skills to use performing everything from handyman jobs to setting up sound systems.

In fact, Swinburne University of Technology says tapping into seniors’ skills is considered by researcher to be the next boom.

“Seniorpreneurs” is the fastest growing segment of entrepreneurship where peoples aged over 50 are participating in business start-ups and bringing their knowledge, skills and experience to the table.

According to the research, older people are in a better position to start a business than younger people.

Seniors also have decades of experience, solid existing networks, great financial flexibility and have different motivations than a younger worker.

Swinburne University of Technology’s tips for senior entrepreneurs can be found here.