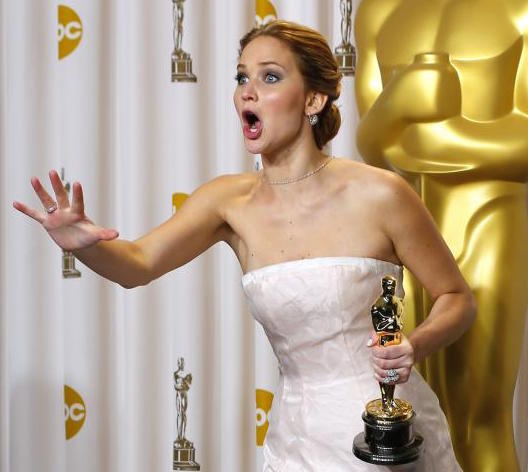 The hacked naked images of actress Jennifer Lawrence, supermodel Kate Upton and other celebs have raised questions about our online security.

And if it happened to them – it could easily happen to you.

While there has been no confirmation on how the hacker actually got their hands on these pictures, there are a few ideas on how this could have happened.

iCloud, Apple’s online storage and sharing service, has been brought into question as a result.

One feature of iCloud is the ability to take photographs on one device – let’s say with your smartphone – and have these images available to view on your iPad and on your computer.

But there is no suggestion that iCloud has been compromised – that’s DEFINITELY not the case here.

What is the most likely scenario is that passwords and email addresses securing these accounts might have been compromised.

In the case of these high profile celebrities it seems their email addresses – the same one used for their iCloud account – has been either guessed or obtained from an outside source.

The next step was guessing their password or using that original email address to request a password reset.

And if you put a $2 lock on a million dollar safe you’re not going to enjoy the safe’s fullest security.

What these low-life hackers did was basically do the digital equivalent of busting that $2 lock.

It was a crime in the same way that physically stealing these images would have been a crime.

So how can you prevent this happening to you?

One thing you need is a secure password – and we’re not talking about your pet’s name or your date of birth – a hacker would get around that without breaking a sweat.

What you should include are upper and lower case letters along with numbers and symbols that, when put together, make an impossible-to-crack barrier to your account.

Hackers are hoping we are lazy and hope we don’t put much effort into our passwords.

And using the same password across all of your accounts just plays into their hands.

That was the reason some iCloud users were caught out recently when their accounts were held for ransom.

The hacker, who was later caught, used the Find My iPhone/Find my iPad feature to lock the devices and demanded payment from the users for them to be unlocked.

There are also accounts that ask you to register your mobile number so it can send you an SMS with a unique access code each time you need to access the account on another device.

This method is used by many banks to authorise transfers and ensure the actual account holder is making the transaction.

Instructions on how to set up this level of security are available for Apple’s iCloud, Facebook, Twitter, Dropbox, PayPal, Google and Gmail.

If you take these precautions you can be confident your images and data will not fall into the wrong hands.

The Dos and Don’ts for creating online passwords