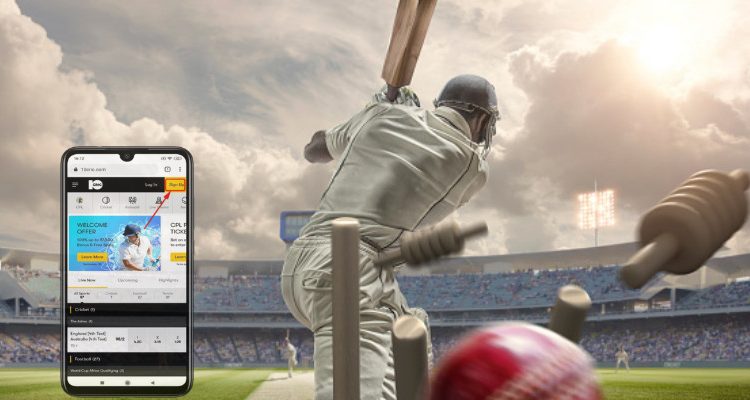 Cricket is a popular game worldwide, and it has been a part of life for many. The game has been like a family member, and many thinks that Cricket is like oxygen, and without this game, there is no life. Cricket is also termed and followed as a religion in India and other parts of the world.

In India, the reports say that ninety-three percent of the population follows this gentlemen’s game. Cricket is not just a game of bat and ball in the country. But millions of people are emotionally attached to it.  Every India win is celebrated like a festival, and every match that India loses is the saddest part of India’s life.

Today we shall bring you the top five best betting apps in India which can be used for betting in Cricket. The Indians are filled with the knowledge of the game. So, while watching the match, they can place a bet, and if their bet is right, they might end up winning some handsome rewards and cash prizes.

10cric – The first cricket betting app on this list. 10cric can be used by Android and IOS users for the Indian players and bettors who love betting and Cricket. The main option of this app is on the home and home screen. It has detailed insights into the match, and the apps give the news, betting tips and updates to its downloaders. The cricket section on this app gives information on the upcoming events and bet types. The app has a stat section and the result section of the previous matches with the fans can use the live streaming services, the ball-to-ball updates, and the bettors can bet during the live match. 10cric is a licensed application, and it has got that from the Curacao government.

Parimatch – The second app on this list is Parimatch. They do not have the live streaming facility. But it has a huge market for cricket betting. The app has stars from the past and current matches. But it does not have the live scorers’ updates facility. The app is used by millions worldwide because it also has the license, and some good reviews are being written about this app as it also helps the new users.

Betway – The app is well known amongst cricket fans. Cricket experts like Akash Chopra come on this app and analyze the games of international matches and IPL. The app has had some featured videos on how to play spin, etc. This app is on the Android play store, and IOS users can get it from their play store. Betway India casino is designed for cricket betting, and it has the facility of live streaming services and a live commentary section. The bettors can bet on the Ashes, IPL, and much other cricket series. The app is licensed, and it is the best for betting. But The users from the United Kingdom cannot use it.

Comeon Casino – The fourth app on this list is a successful betting app in the Indian market, and they also have a Cricket section for the lovers of the game. The Comeon website and the app is mobile-friendly. The users can also play casino, and they can use the promotional offers. The website gives VIP treatments for each of its users and both, the website and app have excellent quality for the users and players to use it daily.

365 scorers – The last app on this list. 3655 scorers predict the upcoming matches, and they maintain a standard in giving out the cricket news, updates, stats and the ranking of the teams and players. Live streaming service is also available for the users of this app, and Android users and IOS users can download this app from the store.

Your Guide to Android’s Upgrade Process