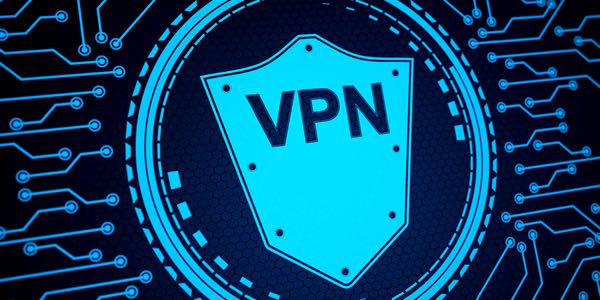 What is The Fastest VPN Protocol Available

What Are VPN Protocols?

In any part of the computing world, a protocol is just a series of rules.

Protocols determine how certain tasks are done. Instead of programmers reinventing the wheel in weird ways that could lead to obvious security risks and performance issues, protocols keep everyone working on known, working rails.

Essentially, they help programmers avoid common mistakes by acting as snippets of code that perform limited tasks. It’s possible to bypass existing protocols, but this becomes tedious and takes away time from the main program or service.

A smart developer will either inspect the protocol to make sure it does what they want it to do, edit an existing protocol to fit their needs, or make their own protocol.

The following protocols are industry standards. While they take on an official nature and seem like set-in-stone rules of using computers, keep in mind that they’re just options.

Some are options agreed upon by major industry performers, and some have proven themselves more than others. Still, protocols are options, and you can choose between different protocols depending on your tech needs and performance levels.

Secure and easy for Windows-based systems.

SSTP’s main purpose in the cybersecurity world is to go where L2TP can’t. In countries where VPN access on L2TP is blocked, SSTP is usually the first option that works without running into massive performance loss issues.

SSTP was introduced in Windows Vista SP1 (Service Pack 1) and is meant for Windows-based use. You’ll run into issues on Mac and Windows systems, meaning that anything from Macbooks to Android phones and computers running other Linux distros (Wine, RedHat, SUSE, Mint, Ubuntu, etc) may fail when trying to connect with SSTP.

Flexible and efficient if your VPN supports it.

OpenVPN is the newest and most robust options available for VPN users.

The Open means Open Source, and since it is part of a global, free development culture that can change and verify as needed, a lot of ideas have poured into its many functions.

One of the main benefits is that it is system-agnostic, meaning that it’s not written for any particular OS. This is great for people who build tools and have some technical knowledge, but can be a bit annoying for anyone who expects technology to “just work.”

Don’t be alarmed; in many cases, OpenVPN does simply work without any configuration changes. One of the big benefits of being open source is that many tools are developed and multiple workarounds available to help people on the most popular systems.

There just isn’t any guarantee that the protocol will work perfectly on every system.

Keep in mind that when it comes to VPNs, not everyone uses a pre-built app or package. Some people build their VPN policies and systems from scratch and connect to one of multiple networks manually.

If you’re using a VPN app such as Surfshark (found here), seeing OpenVPN means the hard work is done for you already. Just be sure to ask the VPN developers about which type of OpenVPN project they’re using, since it’s too easy to copy any old fork (offshoot or alternative project from the main open source project) that may have security flaws.

Use Surfshark as an example. Essentially, by using OpenVPN and a VPN service, you need to know the policies behind both OpenVPN and Surfshark.

It’s not particularly difficult to comb through code for questionable content if you’re interested in learning about programming, but you can use a different protocol if you’re not comfortable.

Contact a cybersecurity professional to discuss other available protocols, and to figure out which protocol is best for your VPN needs.

Fast, but not very secure.

PPTP is considered the bare-bones encryption protocol for VPNs. It does a basic job of encryption, but there are so many other encryption standards available.

Although the original PPTP simply covers how your data travels through a network tunnel, most people mean a specific version of PPTP included with Windows that does include encryption.

So why bother? With better ways to protect your data, why settle for less? PPTP may be insufficient for people who need dedicated security and a deep cover to prevent discovery, but it’s more than good enough for streaming sites and basic web browsing.

Many people use VPNs to get around regional blocks. When YouTube says that a video isn’t allowed in your country, or if you’re trying to get into US or UK Netflix outside of the US or the UK, you just need any old VPN that can route your data.

PPTP is simply the entry level competent encryption standard that doesn’t ruin streaming. Many other encryption standards depending on exacting, time-consuming file protection and verification, which can slow down your internet access and render streaming useless.

Streaming is all about spraying a water hose of data across the internet as fast as possible and getting all of the bits into the right place as possible. There are a lot of technologies working in the background to make sure that your data doesn’t spray anywhere, but streaming doesn’t have time to make sure you receiving everything.

The bigger the file and the longer the delay, the more chances your files have of being corrupted or interrupted. PPTP-encrypted data is small enough while still preventing basic packet-sniffing hackers from lifting your data from a wifi hotspot and stealing your banking information or Netflix/Hulu password with automated, widely-available tools.

Just like the original PPTP, L2TP doesn’t encrypt on its own. In modern applications of L2TP, another protocol called IPsec is used to provide encryption and other security features.

At this point, the differences between L2TP and PPTP are all about upkeep. L2TP has fewer vulnerabilities by PPTP and is maintained better as a set of tunneling rules. When you put IPsec and L2TP together, you can enjoy efficient communications and effective security.

L2TP is slower than PPTP, so keep that in mind if you need bulk, fast downloads or want to stream certain videos. The challenge here is deciding whether you care about being exploited by PPTP’s vulnerabilities or not.

Risk is at the center of the discussion. In many cases, L2TP’s slower performance might not mean anything. It could work perfectly fine, in which case you’re getting good VPN speeds while remaining secure.

If your network access with L2TP seems to be disconnecting, crashing, staggering, or skipping, switch to PPTP and gauge the difference. If there’s no difference, it’s the network in general or the site/service you’re trying to access. If PPTP is faster, try visiting different sites or connecting to a different VPN server.

L2TP is compatible with most connection methods on the web, and should be your go-to option for VPN access. If you’re not trying to hide any information, use L2TP as your basic option and leave PPTP for troubleshooting efforts.

The downside is that L2TP is easy to block, so countries that block the use of VPNs can stop your access fairly easily.

Tech Tips – Where Should Businesses Be Spending Money in 2019?