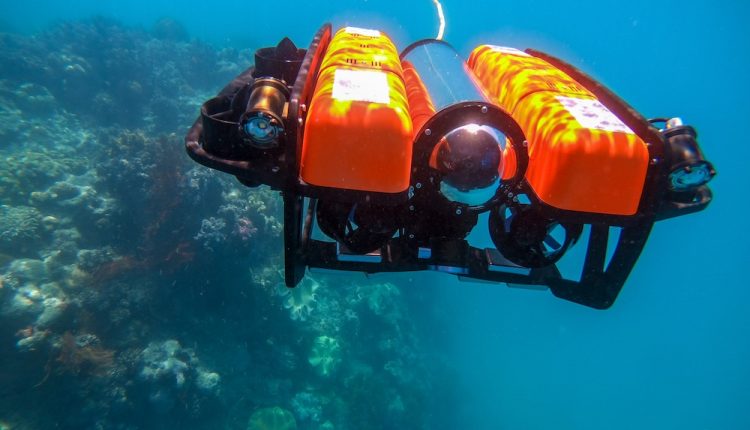 With the COVID lockdowns still firmly in place, travel is out of the question but remote travel like diving at the Great Barrier Reef from the comfort of your own home is now a possibility.

Existing holidays plans are being cancelled and no one is making new bookings so “armchair travel” has become our only option.

Teleportal.Fish was started by documentary maker and expedition leader Adam Cropp to open up travel to those who were stuck at home because of border restrictions.

In a world first, visitors can take control of a remote submarine and dive among the coral reef and sea life in the underwater paradise of Far North Queensland. 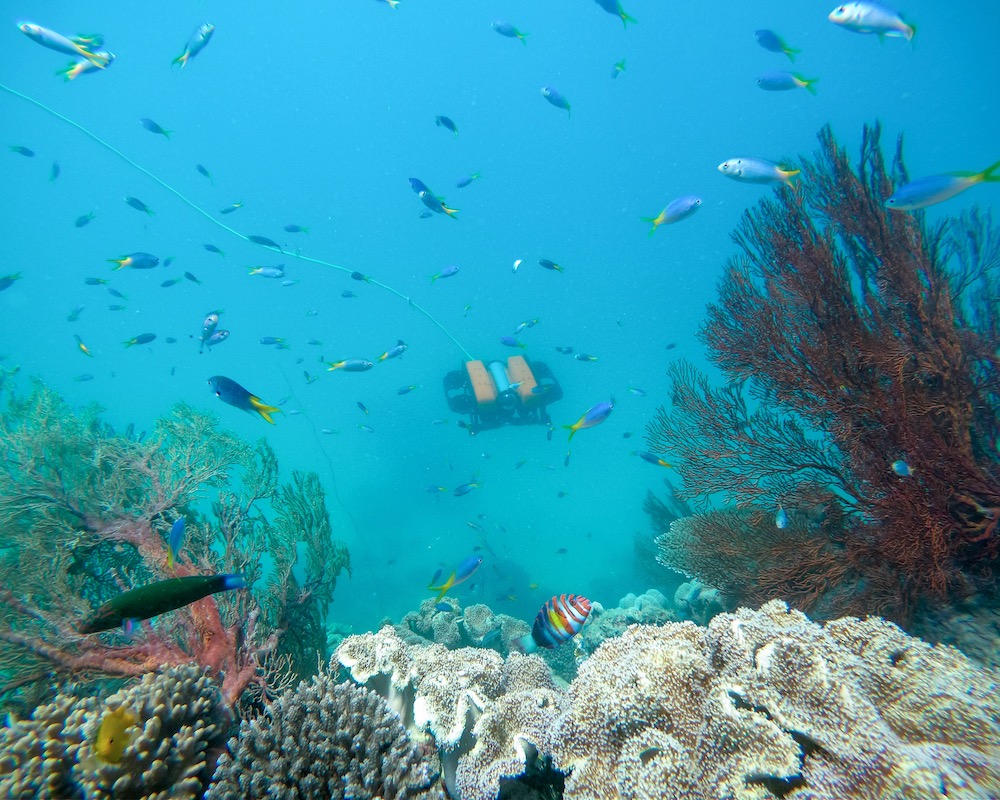 “It enables visitors to dive on the Great Barrier Reef – people who otherwise couldn’t, due to COVID-19 lockdowns, or financial or medical constraints,” says Cropp who has been working on this project for two years.
“Teleportal.Fish connects visitors directly via the 4G network to an underwater robot anchored 30km offshore on the Great Barrier Reef.
“The robot transmits live HD video to YouTube allowing the user to control the robot with less than 200ms latency.

“Our ‘guests’ get to ‘swim’ alongside a myriad of coral and fish species including reef turtles, sharks, sea snakes, cuttlefish and manta rays.” 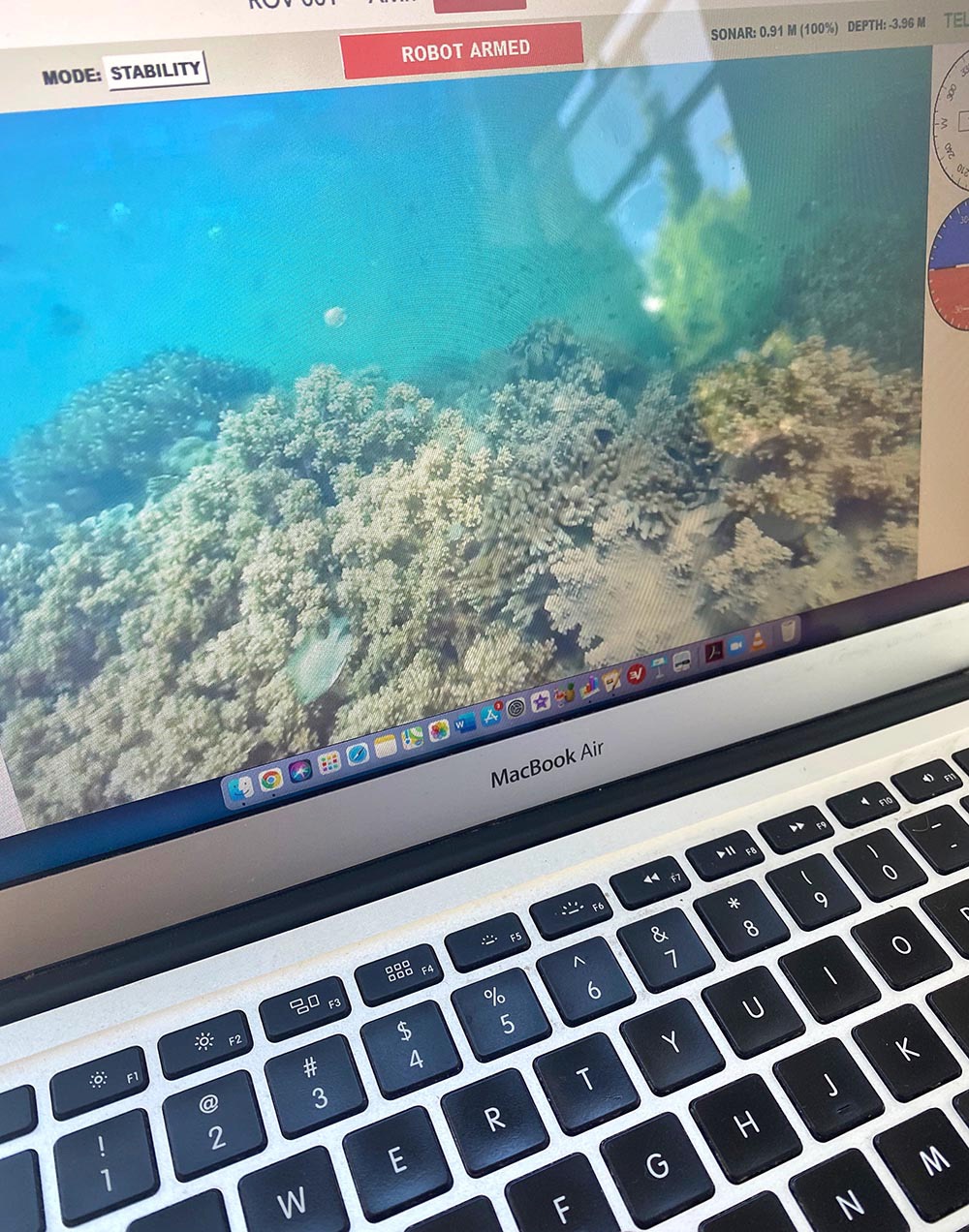 There are two robot submarines currently in commission at Arlington Reef in Cairns – one of the most beautiful dive locations in the world.

The robots are solar-powered and also have obstacle avoidance systems onboard so they can have minimal impact on the reef.

There is front-mounted full HD 1080p camera with a 110-field of vision that can be tilted up and down as customers move the robot.

It can even be used at night thanks to the submersible’s 4000 lumens lights that turns darkness into day.

Steering the craft is like playing a video game using directional keys on their keyboard.

“The motors and stabilisation systems on the robots are powerful enough to cope with currents, and the sonar-based obstacle avoidance system helps visitors to avoid getting too close to their surroundings.”

Cropp has contributed to more than 30 documentaries, including National Geographic expeditions, and was also inspired to protect the marine environment with this project.

“I believe that we are just starting to see the future potential of virtual tourism,” adds Cropp.

He is looking to expand the operation to include locations including shipwrecks, schooling sharks and seals in the coming months. 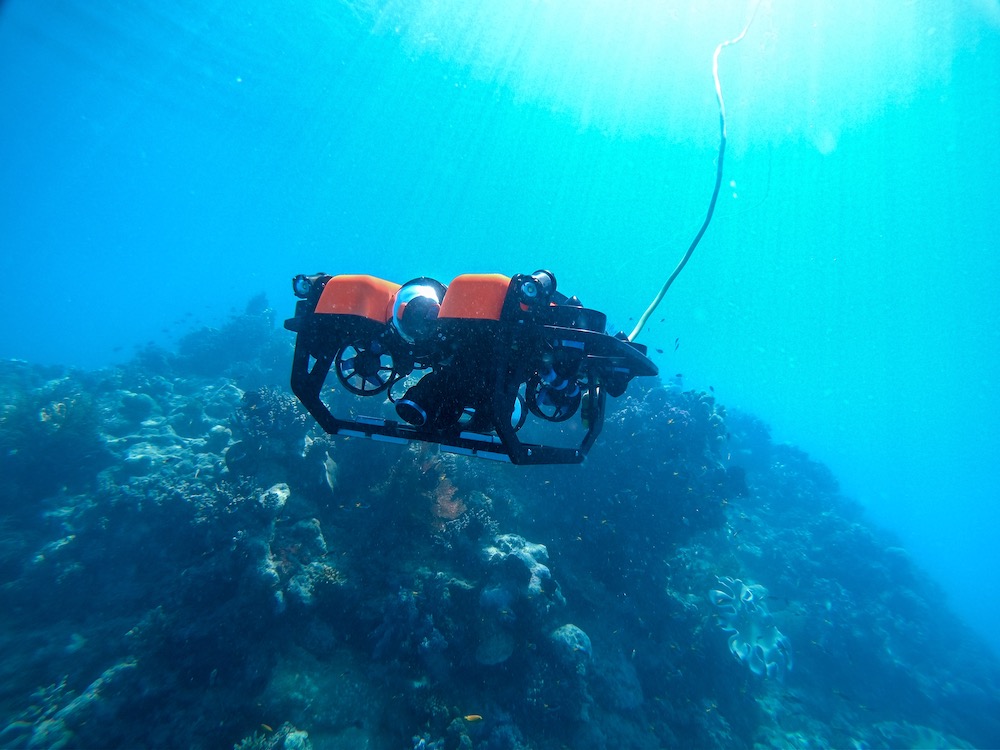 The underwater robots can be controlled from anywhere in the world

For those who want to dive in virtually, the dive costs between $30-50.