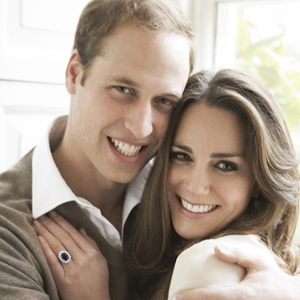 The Royal Wedding between Prince William and Kate Middleton and the huge online interest in the event will be too hard to resist for cyber criminals.

These virtual wedding crashers will use the huge event and interest to find information on the internet as an opportunity to attack you.

In a survey by internet security leaders Norton, 1 in 4 will seek royal wedding news online making then targets for scams and threats.

In the Norton survey, 87 per cent of Australians said they would be following news about the Royal Wedding compared to just 62 per cent of US respondents.

Seven per cent say they will watch the wedding live online.

Prince William and Kate Middleton’s gala nuptials qualify as truly the first royal “e-wedding” and it will be followed on the internet more closely than any that went before it.

After TV, the internet will be the most common place for Australians to seek information about the Royal Wedding. Three times as many people will follow the event online compared to newspapers.

This massive number of web surfers and curious Royal Wedding followers is like a red rag to a bull for cyber criminals.

SEO poisoning is a common practice among cyber criminals who load up certain search terms – in this case things relating to the Royal Wedding – to lead people to sites that would infect unprotected computers.

Users should be wary of Royal Wedding links promising things like “leaked footage”, “scandalous pictures” and “secret information” as they may lead to these sites which may compromise computers with no or out-dated security software.

Other hints from Norton include keeping your security software up to date, and sticking with sites you know.

Unfortunately one in 10 who are following the Royal Wedding online do not have security software on their computer while a further nine per cent are unsure about their protection.

One in five Australians following the event online are at risk of becoming the victim of a cyber criminal.

Thank You For Entering

Telstra to launch Motorola XOOM tablet in May