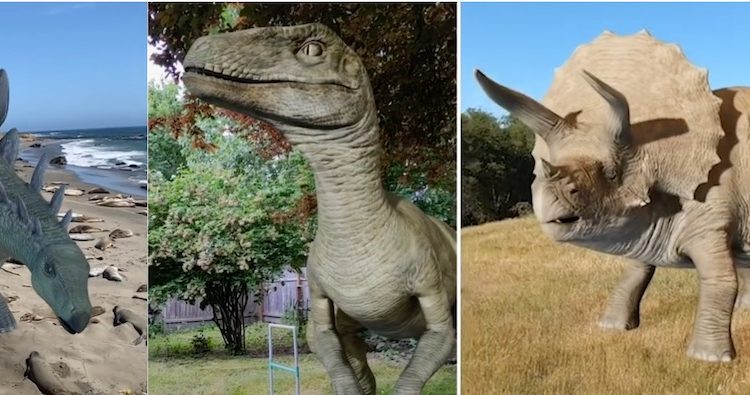 Google has launched a new AR feature that will take you back millions of years when dinosaurs ruled the earth in a partnership with Universal and the film franchise Jurassic World.

Now users can bring 10 dinosaurs to life in their surroundings including the fierce Tyrannosaurus Rex and the gigantic Brachiosaurus as it towers over your neighbourhood.
You can simply search for a dinosaur on Google with a mobile device and tap “View in 3D”.

The you can rotate or zoom in.

It’s possible then to bring the dinosaur into your space with AR and adjust its size to scale so you can appreciate their size in relation to other things around you.

And if you’re using an Android device you can even turn up the volume so you can hear their stomping footsteps and roars.

“To create the 3D dinosaurs, our concept artists first did preliminary research to discover information about each creature,” says Camilo Sanin, Ludia’s Lead on Character Creations. “Not only did we draw research from various forms of literature, our artists also worked with palaeontologists and the ‘Jurassic World’ team to make the assets as accurate and realistic as possible.

“Even the smallest of details, such as irregularities of skin colour and patterns, are important.” 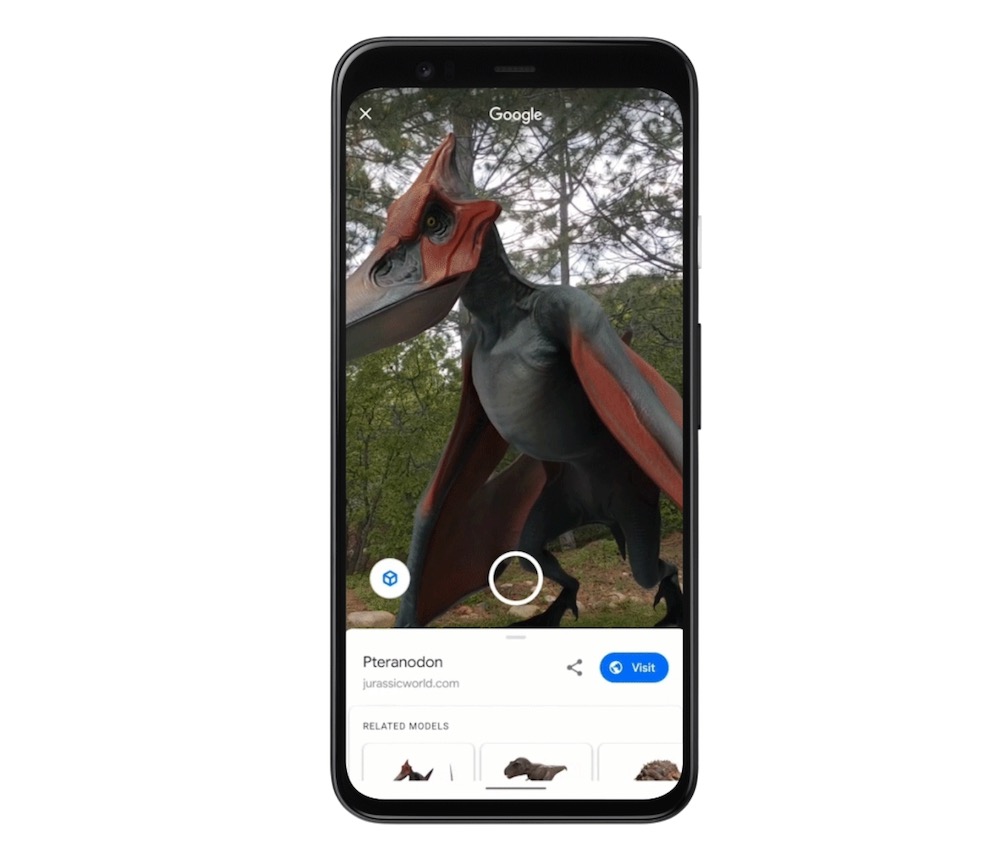 On Android, search for “dinosaur” or one of the 10 dinosaurs on the Google app or any Android browser and tap “View in 3D.” You can see 3D content on devices running with Android 7 and above and you can see AR content on ARCore-enabled devices. Easily explore all dinosaurs using the carousel format.

On iOS, search for “dinosaur” or one of the 10 dinosaurs on the Google app or on Google.com with Chrome or Safari. 3D and AR content is available on devices running iOS 11 and above.

You can also create AR videos—or recreate your favourite scenes from the “Jurassic World” movies—with the recording option.