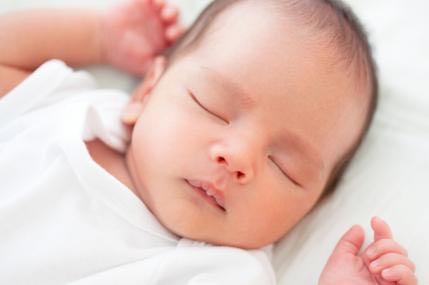 Baby monitors are turning into hackers’ new toys. Here’s why it’s important for Australian parents to invest in VPN technology.

Kids do the darndest things, but that doesn’t mean the whole world needs to know about it. A little lost? Then read on to see how baby monitors are being hacked and why using a VPN in Australia is more important than ever.

Parents always take the safety of their children into account when making any decision – whether it’s what toy to buy or when choosing daycare. Miraculously, though, the baby monitor seems to have slipped under the radar in this decision-making process.

But hackers and voyeurs are certainly sitting up and taking notice of everything that’s going on in the baby’s room.

As the market for the internet of things (IoT) grows, so does the demand for wireless baby monitors, especially in developed countries like Australia. These high-tech gadgets let parents check in on their little ankle biters from anywhere via a live video feed. Some even let parents talk to their babies. It’s a great technological marvel but holds many potential dangers.

Read on to find out how and why baby monitors are being targeted. Also, why it’s super important for Australian parents to start considering a VPN.

Baby Monitors Are Being Hacked, But Why?

Baby monitors aren’t as secure as people had thought. It seems that when manufacturers started making baby monitors that could connect to the internet, they didn’t think that anyone would try to hack them. Because, why would they?

Well, there’s actually a good long list of reasons why people hack into baby monitors. Some less perverse reasons include pranking, but mostly it’s because hackers can gain access to a very private part of people’s lives. People won’t care what they reveal when they think they aren’t being heard or watched, and that can be used against them. Then there’s the all too real danger of sickos who want unfettered access to young children.

Just a while ago baby monitors made big news   when it was revealed that hackers were targeting hundreds of them. They were streaming the live feeds on a Russian website for anyone to look at.

So how does this happen?

Turns out that many baby monitors are at risk because they either get released with no password protection or with generic passwords. The ones that do have passwords pre-installed usually don’t ask parents to change them either, meaning that anyone with access to these passwords (which are easy to get) can log into the video feed.

Of course, this isn’t true for all baby monitors, and some do come with strong SSL certificates and login authentication methods. But new parents often don’t have time to investigate and find out which ones are secure.

Luckily, it’s not necessary to buy a new baby monitor. Just make sure to follow some basic security steps and keep the family safe.

Why Australian Parents Should Invest in Security Software Like a VPN

Making sure the baby monitor is safe doesn’t need to take hours. Here are some basic security tips to follow when purchasing a new baby monitor:

The first and the main reason why baby monitors are hacked so easily is because of weak or generic passwords. Make sure to check if the monitor has a password set up (it definitely should) and then change it.

The standard password rules apply here too: make it complicated and don’t make it easy to find.

Always Stay Up to Date With Firmware Updates

Firmware is the built-in software that runs the baby monitor. Chances are whenever a manufacturer releases a firmware update, it’s to fix potential security risks. It’s therefore important to frequently visit the manufacturer’s website and stay up to date.

Secure the Network With a VPN

VPNs are popular in Australia right now, and for a good reason. A VPN keeps a network from being infiltrated by hackers and makes sure the IP stays anonymous. That way, no one will be able to gain access to any data sent through the home network. This protects the family in more ways than one, but a VPN is a great tool to have for the baby monitor alone.

There are a great many VPN services out there, but a free VPN does not come recommended. There’s no way of knowing if they’re trustworthy or just a scam. But make sure to look out for any VPN coupons or deals. This subreddit  usually has a list of great discounts.

The technology behind live casinos