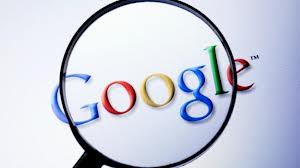 This year it was all about Gangnam Style, The Voice and the Olympics. These were the subjects that made up the top searches on Google in Australia in 2012.

“The year-end Zeitgeist is a cultural barometer that gives us a real snapshot of the big events, memorable moments and growing trends in Australia for 2012.”

Australians were searching far ad wide for a variety of topics, events and people.

The terms that saw the largest trends were for Korean popstar Psy and Gangnam Style which went on to become the most played video ever on YouTube.

One show that really caught our interest was the hit singing reality show The Voice which took out second spot.

And in third spot was the world’s biggest sporting event – the London Olympics.

The trending news events included Julian Assange, Felix Baumgartner and his leap from the edge of space and the Queen’s Diamond Jubilee.

Users were also hungry for information about natural disaster including Hurricane Sandy, the Melbourne earthquake and the Hawaii Tsunami warning.

When it came to people, model and reality star Lara Bingle attracted more searches than Australian supermodel Miranda Kerr with Kate Middleton and the death of Whitney Houston also getting our mouse clicking.

In sports Lance Armstrong and his drug controversy was the top hit follow by a person not used to coming second – Olympic sprint champion Usain Bolt.

And even though she didn’t win gold, Stephanie Rice was the most searched Australian Olympian followed by Sally Pearson in second despite the fact she won gold in London.

The lists of the top searches in all categories can be seen below.