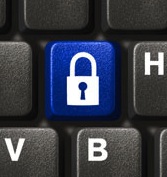 Australia is a major target for cyber criminals who are targeting users with ransomware and malware according to the latest Trend Micro security report.

Trend Micro’s threat researchers says Australia ranked fifth worldwide for ransomware – a type of malware that restricts the use of your computer until money is paid to remove the threat.

Australia ranked sixth worldwide for the number of users who accessed malicious links on their computers and mobile devices.

“With a very high ratio of Australian citizens using the internet on a daily basis for personal reasons like banking and online shopping, cybercriminals see Australians as lucrative targets.”

Banking malware is also on the rise globally with hackers using JPEG images to hide configuration files from various banks. When it finds a match it will try and steal a user’s credentials.

Australia has ranked 10th on the list of countries most affected by online banking malware.

On the mobile side the total number of mobile malware and high-risk apps grew to more than two million in the first quarter of 2014 – this is double what it was six months earlier and mainly targeted at the Android platform.

“The findings from these latest results point to several online vulnerabilities within our daily lives and illustrate the need for Australians to be vigilant when surfing the Web, whether that be from their personal computer or mobile devices.

“It’s important people are aware of best practice security measures to ensure they remain protected against these ever-evolving cyber threats.”