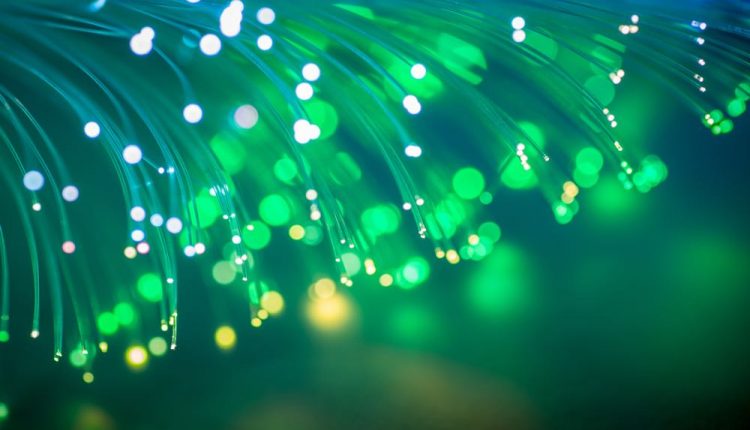 Australia is one of the most expensive countries in the world to access to the internet after a global report outlined the average cost of plans alongside the speeds they provide.

The report by Picodi 62 countries and combined global average speeds and the average price we pay per 1Mbps of speed.

Australia ranked as the fourth most expensive country in the world with 65 cents per 1Mbps behind South Africa (87c), Iceland (69c) and Norway (69c).

According to Speedtest.net, the global average speed of broadband internet is 70Mbps but 100Mbps is the speed offered most commonly in the majority of countries.

But many other countries have higher speeds like Poland and Romania where the lowest speed plans offer 150Mbps.

In France the lowest speeds are 200Mbps while Singapore speeds hit 500Mbps.

South Africa topped the list for pricing of its 100Mbps plans priced at $87 a month. 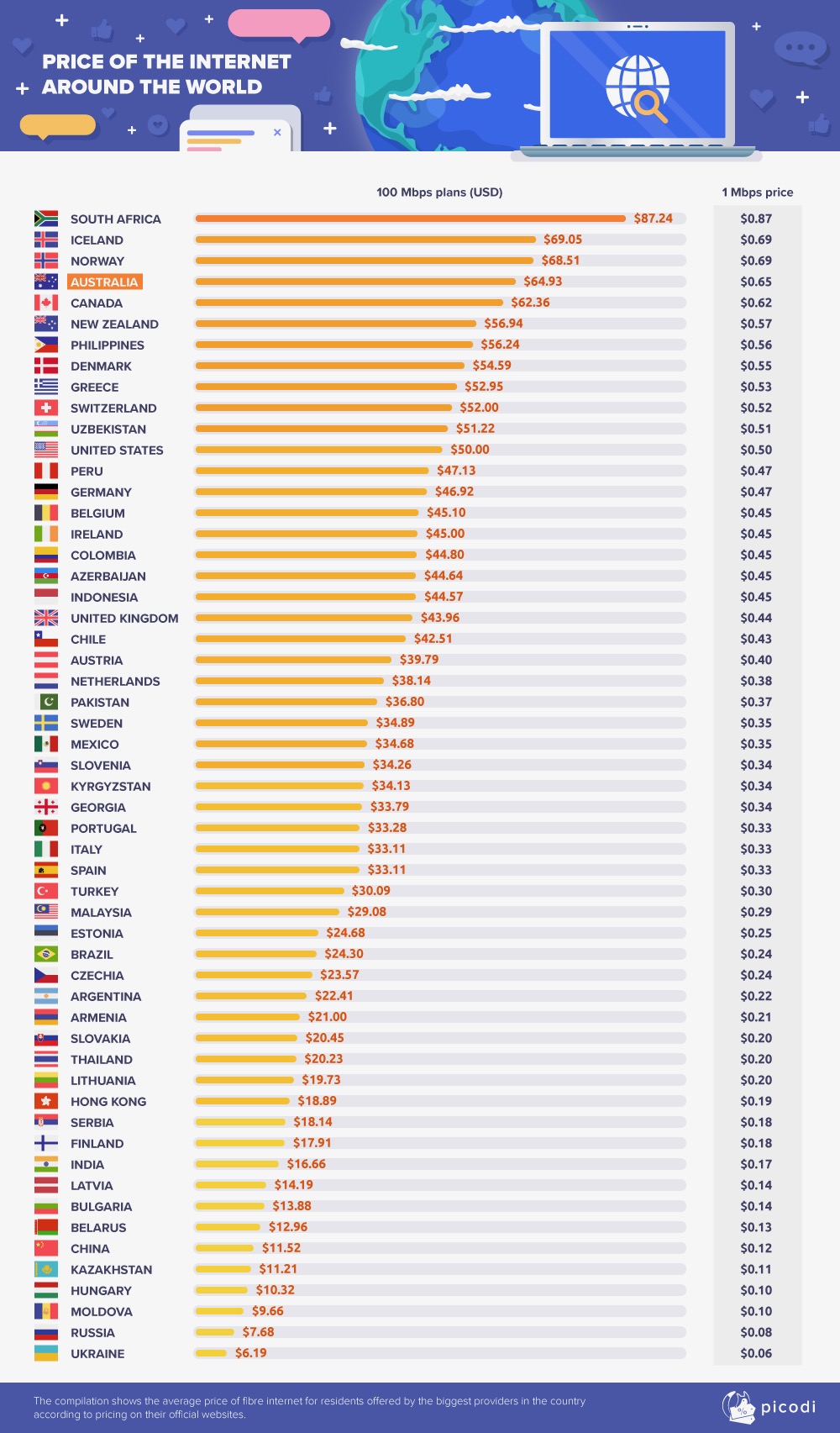 Canada and New Zealand were 6th and 7th respectively while the US came in at 12th with 100Mbps plans priced at just $50 a month.

The Ukraine and Russia were lowest countries with Russians paying just $7.68 for 100Mbps plans per month and the Ukraine shelling out $6.19.

Picodi also presented the data in a different way and posed the question: How much internet speed could you buy for just $20?

But of the 62 countries in the report, 25 could not be ranked, including Australia, Germany and the USA, because no providers had plans less than $20 a month.

According to an Ovum report conducted in September 2018, Australia has the 7th most affordable broadband when measured against per capital income.

Australians broadband sits at 1.4 per cent of per capita income.  In these figures we’re ahead of the USA and Canada but behind the UK, Japan and South Korea.

That same report ranks Australia broadband speeds behind many small and developing countries where the cost of and complexity of he broadband rollout of far less complex and covers a far smaller area.

Google has revealed its top searches for 2019