Australians lost a record $323 million to scams in 2021 – that’s up a massive 84 per cent from the previous year according to the latest figures from the Australian Competition and Consumer Commission’s Scamwatch.

Investment scams topped the list as the most damaging and cost Australians a record $177 million from 9663 reports.

The amount lost in 2021 was double the previous year with the number of reports also increasing by 32 per cent year on year.

These investment scams accounted for more than half of all money lost to scams in 2021 with Australians aged over 65 the most impacted – losing $52 million.

Phishing scams which tried to coax personal information from users received the highest number of reports in 2021 and made up a quarter of all scams reported to the ACCC.

Phishing scams also increased year on year by 61 per cent.

Money was lost to phishing scams primarily through phone calls which accounted for over half of all money lost.

Other notable scams included employment and job scams which more than doubled in 2021 and resulted in losses of $2.6 million.

Malware and ransomware scams actually decreased by 6 per cent yet losses increased tenfold to $1.5 million.

Older Australians suffered the most from scams in 2021 with those aged over 65 accounting for $81.9 million, that’s a quarter of all money lost during the year.

“The data from the ACCC’s Scamwatch paints an unfortunate picture of just how effective scammers were at taking advantage of Australians over the last twelve months,” says Crispin Kerr, ANZ vice president at cyber security company Proofpoint.

“The 84 per cent increase in losses to scams in 2021 is significant and is just the tip of the iceberg when it comes to understanding the true impact on Australians.

“Based on the numbers for December, during the holiday season, people can become desensitised to receiving numerous advertising links for shopping deals and the like and may not think twice about opening a dangerous file or clicking a suspicious link.

“The data shows scammers were extremely active in 2021 and we anticipate this will only increase as scammers continue to evolve and update their tactics. 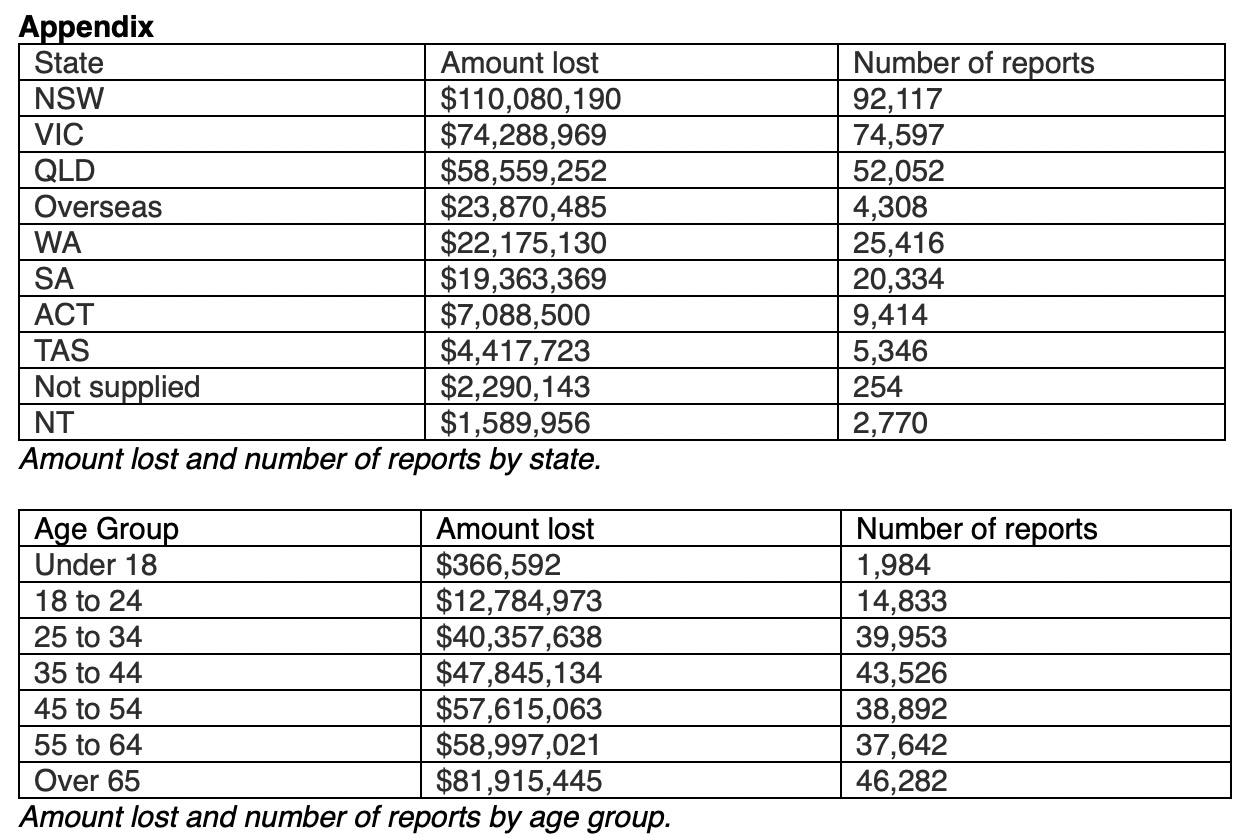 “Malicious actors will always follow the money and we’ve seen that during the past year, SMS attacks have grown exponentially, because those actors discovered a trusting and captive audience ready to engage on the other end of the phone. It is critical for consumers to remain vigilant.”

Overall men lost more in scams throughout the year at $190 million compared to $131 million for women.

The phone was the most popular delivery method for scams in 2021 and amassed 144,601 reports – that’s half the total number of all scams reported in 2021.

Text messages also came through as the second most reported scam in 2021 and overtook email scams for the first time.

“In 2021 scammers continued to leverage the global pandemic, state-wide lockdowns and remote working to their benefit,” Kerr added.

“Investment scams stand out for inflicting the most significant financial damage on Australians, with older Australians unfortunately the most impacted.

“Investment scams can seem very attractive, and scammers can come across as legitimate in their promise of financial gain through the purchase of shares, funds, cryptocurrency or other high returns.

“However, the reality is that these get-rich-quick schemes enable scammers to steal personal and financial information to siphon funds for their own gain.

“Scammers also utilised social engineering particularly during lockdowns when people were at their most vulnerable to steal millions from Australians in dating and romance scams.

Tips to avoid being scammed:

“The best thing to remember when it comes to scams is that if something sounds too good to be true, it most always is,” Kerr says.

“Trust your gut and if you are ever unsure if something is a scam it’s best to be cautious, block callers and delete any messages you receive from them.

“If the scam appears to be from a legitimate organisation like Australia Post or the ATO, contact that organisation directly to let them know and report the scam to the ACCC.

“As scam activity increases into the new year, we urge Australians to learn how to protect themselves and their loved ones from potential scams, and to be extremely cautious.”

Steps To Register Your Online Business in Australia