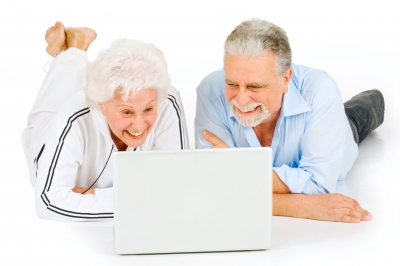 Australian seniors show they are tech and socially savvy

A new study has revealed Australian seniors are both socially and tech savvy with more than half of our over 60s actively connecting on social networks.

The research released by Optus shows 54 per cent of Australian’s over 60s are using social networks on multiple devices and shattering the myth that older users are not up with technology.

The majority of Australian seniors (76 per cent) are using Facebook as a way to stay connected with family and friends.

Social media has also become a handy way for grandparents to stay in touch with their grandchildren.

These “Silver Surfers” spend 128 minutes a day on average online. Their favourite online activities are connecting with their children and grandchildren and shopping online.

On the tech side, more than half (52 per cent) of the Australian Silver Surfers consider themselves proficient with technology.

The most popular technology used by older Australians are desktop PCs (79 per cent), laptops (64 per cent) and mobile phones (64 per cent).

And seniors are just sticking to one device with an average of 3.4 devices each with many adopting newer technology like smartphones (31 per cent), tablets (22 per cent) and e-readers (20 per cent).

Ray Lewis, CEO of leading seniors website Greypath, says technology has become increasingly important to how we socialise and even run our businesses.

“We need to realise the value of technology – that it lets us easily connect with family and friends, shop from the comfort of our own living rooms, and learn how to do all sorts of new and wonderful things,” Mr Lewis says.