The new processor that will power the next generation of desktop computers has just been unveiled by Intel to deliver premium performance and the best gaming experience ever.

Intel’s new 8th Generation Core processors will be available from October 5 and will range from Intel Core i3 to Intel Core i7.

This new desktop processor family is designed for all types of users from gamers to content creators – and anyone who requires premium performance from their computer.

“We are laser-focused on giving the enthusiast community the ultimate desktop experience, from chart-topping performance to a platform that can flex with their needs,” said Anand Srivatsa, general manager of the Desktop Platform Group at Intel.

“Our 8th Gen Intel Core desktop processors deliver tremendous improvements across the board and – for gamers, in particular– offer an unbeatable experience.” 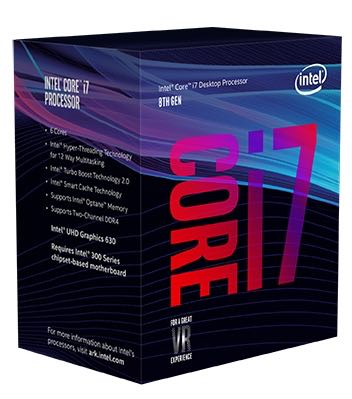 Content creators will see a 32 per cent faster performance from Intel’s latest processor and the power to create graphics and edit 4K video with ease.

Users can launch games and media projects 2.1 times faster than a five-year old desktop computer with a hard disk drive.

All desktop computers with 8th Gen Intel Core Desktop processors will be available from October 5.