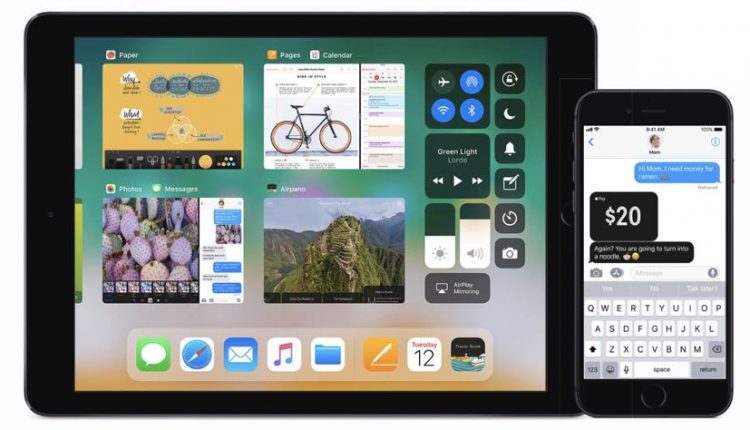 Apple’s new iOS 11 software is now available for the iPhone and iPad and it brings with it numerous new features including augmented reality, powerful multitasking and a new voice for Siri.

And for the first time, it’s the iPad that gets the lion’s share of the enhancements from the iOS 11 update.

There are still plenty of features to enjoy with the iPhone but iPad users will notice the biggest changes.

iPhone users if you’re not going to buy the new iPhone 8 at least iOS 11 will give you that new iPhone feeling.

Here’s how to install the free iOS 11 update.

Go to Settings on your iPhone or iPad then click on General > Software Update.  Here you should see the IOS 11 update which you need to download and install.

And just a warning the download is about 2GB so you’ll need to run the update on your home or office wi-fi.

There are some subtle design changes with iOS 11 and a new interface for the App Store as well as a new TV app that replaces the Videos app. 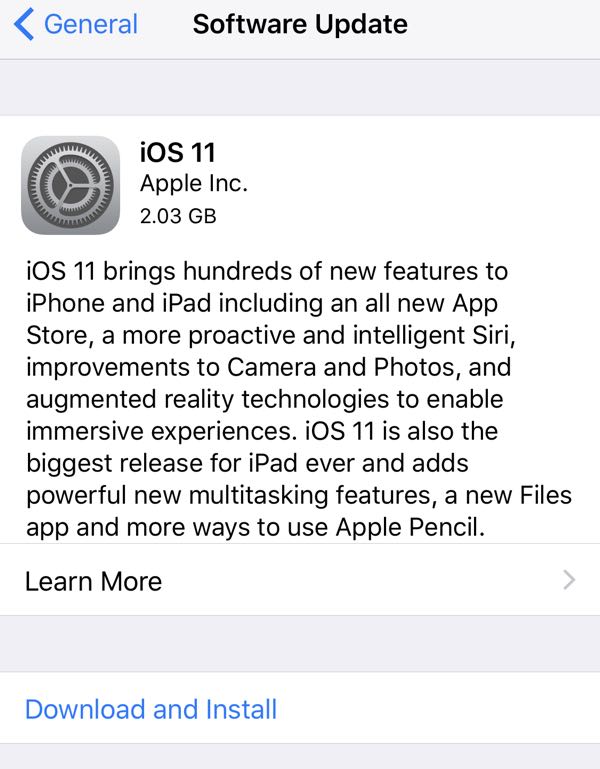 The TV app allows users to browse content and find out about all the hot new TV shows and movies.

iOS 11 is the biggest ever release of new features for the iPad and iPad Pro.

Here’s what iPad users can expect from IOS 11:

FILES
This all-new Files app makes it easier than ever to get to and organise your files.

For the first time in iOS, users can now create and browse nested folders on their iPad or iPhone. 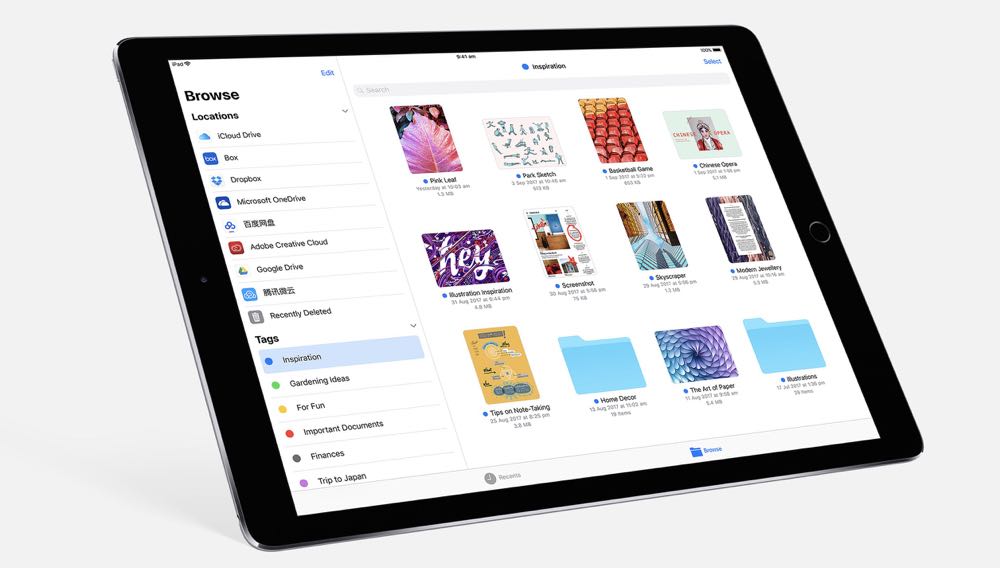 Users can see a Recents view to see what you been working on and access their files from anywhere including the dock and the home screen.

One thing that’s been totally redesigned for the iPad in iOS 11 is the dock.

It is now accessible from anywhere on the iPad and makes it easier to switch between apps. 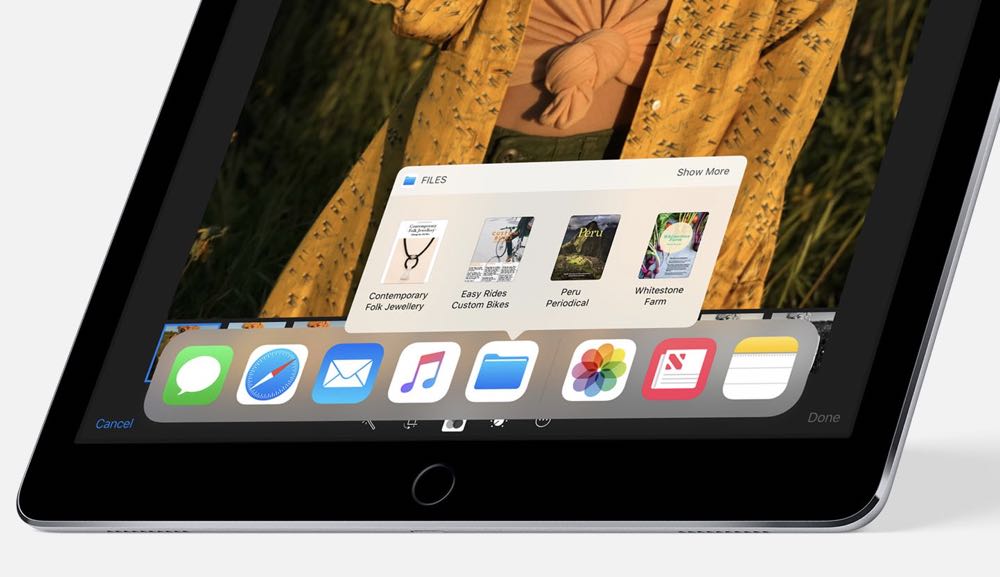 You can bring up the dock by flicking up from the bottom of the screen to see favourite apps and recently used apps.

Multi-tasking with the iPad has gone to the next level with iOS 11 thanks to new features Slide Over and Split View. 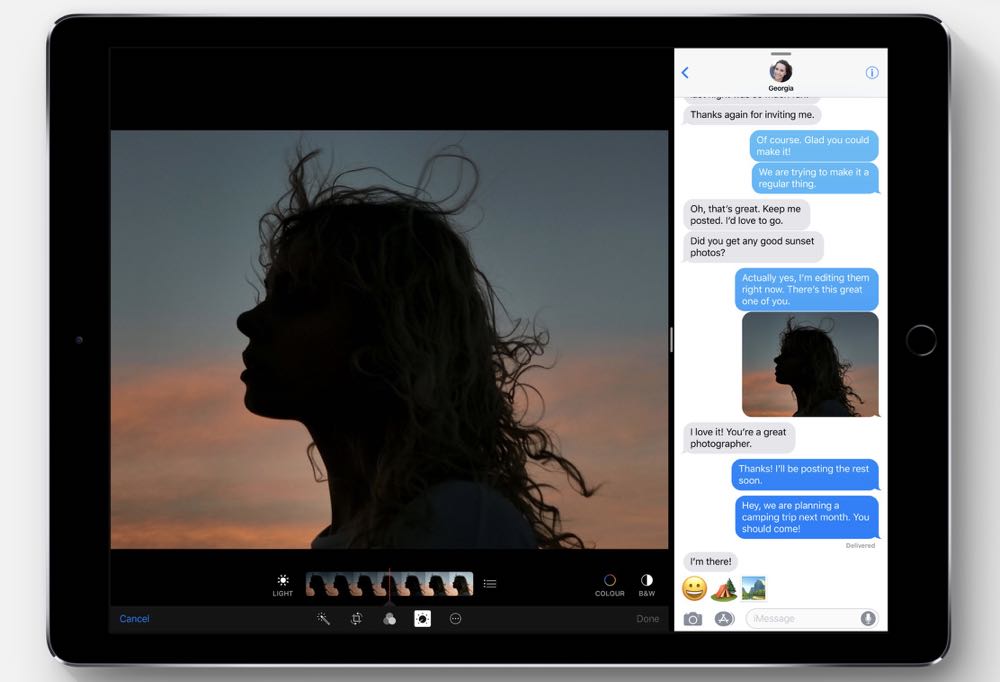 With Slide Over you can drag it up from the dock and drop it onto the app you’re using to create two primary apps running at the same time.

Split View app pairs can also be saved so you can always get back to them. 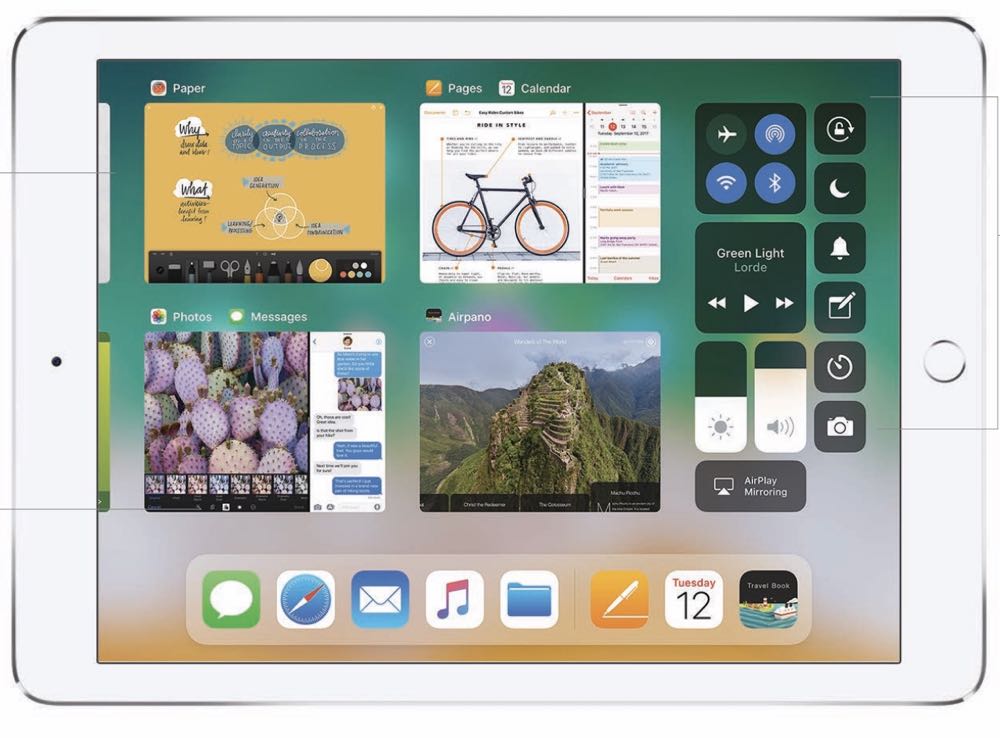 The iPad’s app switcher has had a complete makeover in iOS 11 and not only shows the most recently used apps but also Control Centre giving the user total access and total control.

It’s now easier than ever to move text, images and files from one app to another with the iPad’s multi-touch screen. 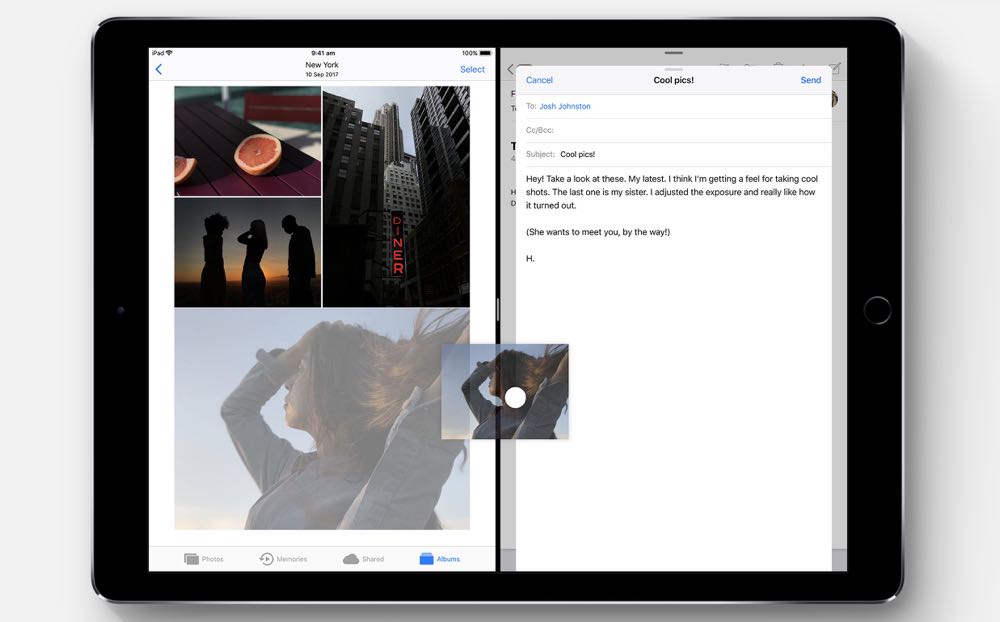 You can also select multiple items at the same time and dragged them all into a folder or into another app.

The Notes app has had a significant upgrade. Users can begin taking a note by tapping the Apple Pencil on the lock screen of the iPad Pro.

You can now write and draw in the body of your note and a new document scanner makes scanning paper documents into your notes easier than ever before. 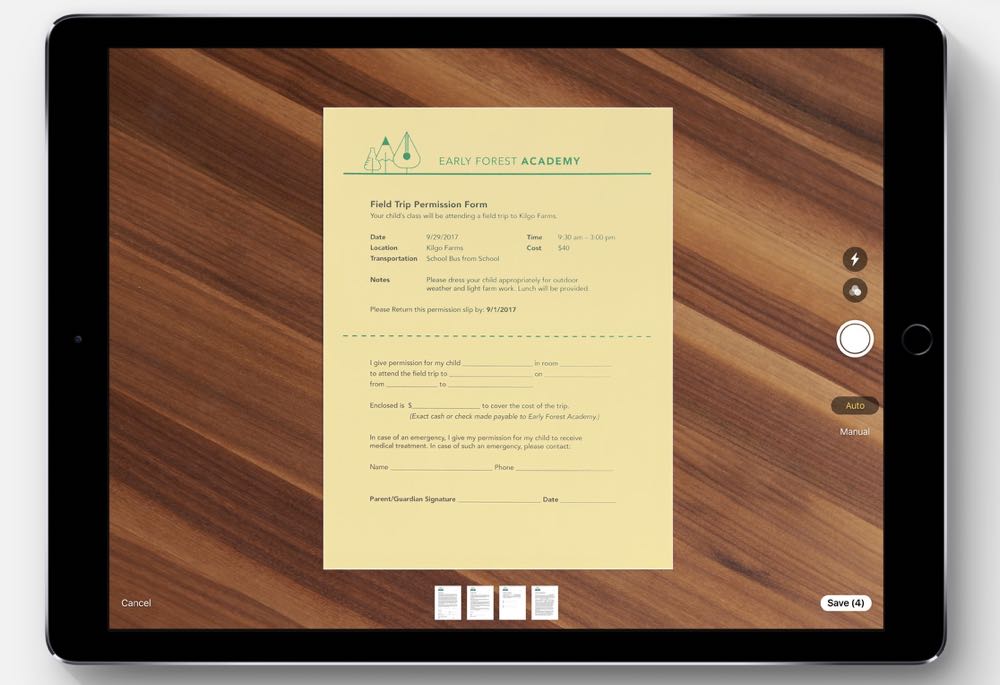 It’s also possible to pin your favourite notes to the top of your list as well as adding tables to better organise your information.

Writing is often easier than typing. With iOS 11 you can sign documents, annotate PDFs, markup a webpage before sharing with a friend or draw on a screen shot. 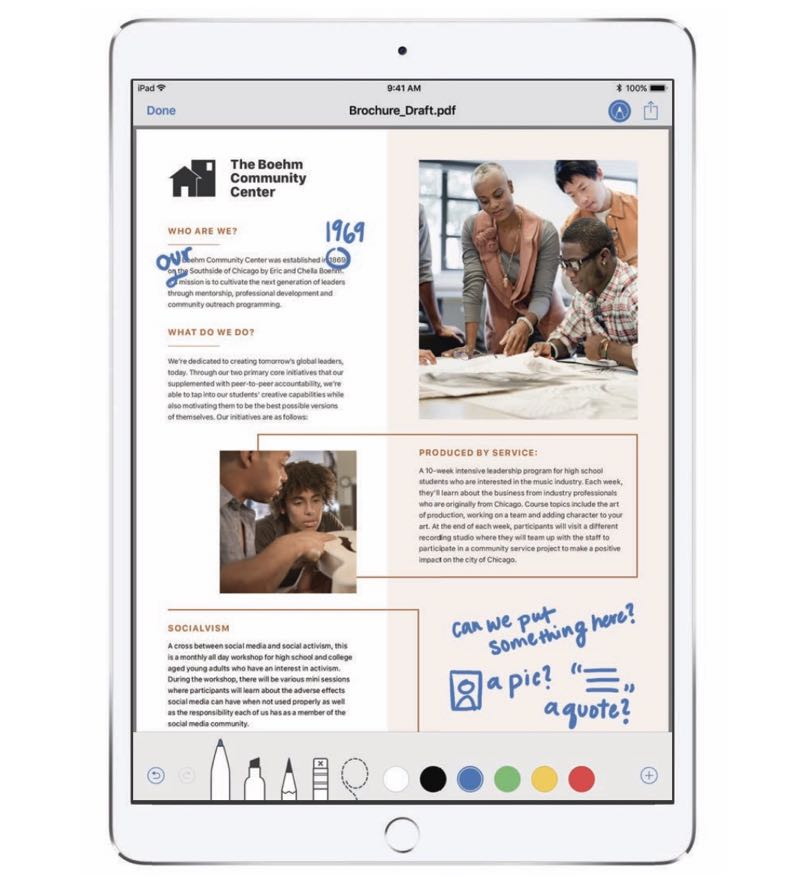 Here are some of the other new iOS features and updates that will work across both the iPhone and iPad:

Siri has a new more natural sounding voice which means you can hear more intonation, emphasis and expression.

Siri also has a new design for its answers while providing suggestions on how to find out even more about a particular subject.

You can also use Siri as your DJ so it can play your favourite music.

Storing and editing your images just got a lot better with iOS 11.

You can now enhance your Live Photos with the new Loop, Bounce and Long Exposure effects. 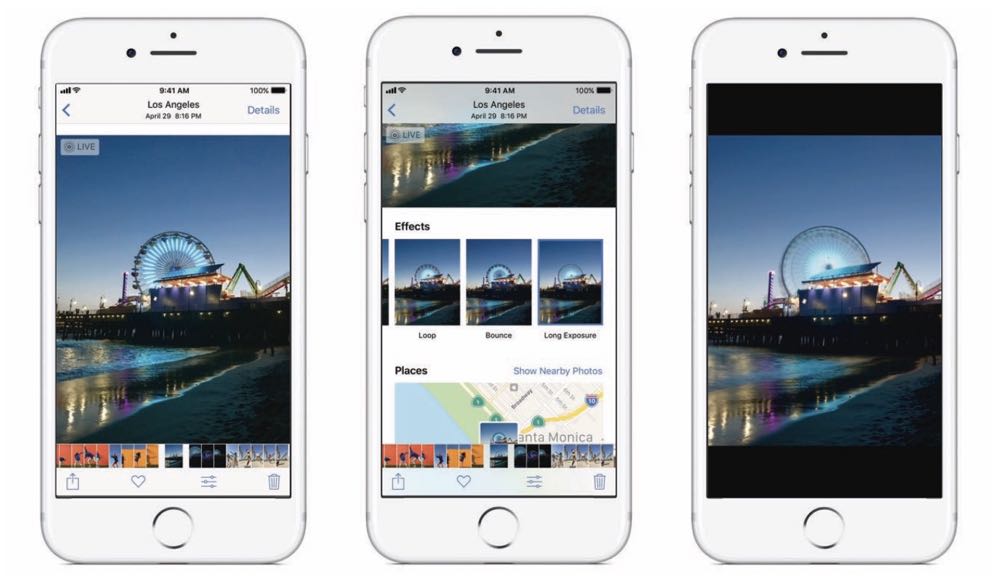 Photos now does a better job organising your Memories and now uses scene detection to make it easier to search through thousands of images at once.

There are now more built-in camera filters while the camera captures photos and videos in a more efficient and space-saving format to store twice the amount of photos in the same space.

Also included are indoor maps for shopping centres in the US, London and Hong Kong along with major airports worldwide to help you find your way. More are being added each month.

DO NOT DISTURB WHILE DRIVING

This is an important new feature that can detect when you’re behind the wheel to help drivers stay focused on the road ahead rather than their notifications and messages. 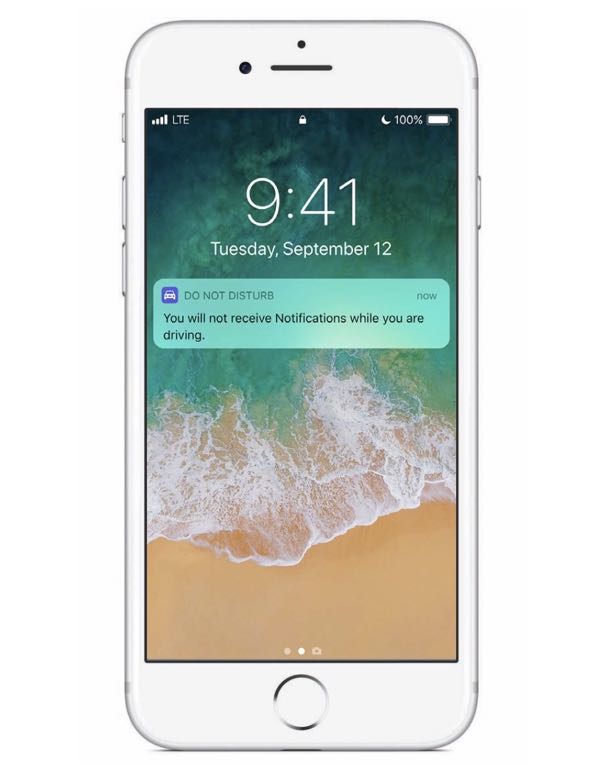 In this mode, notifications are silenced and you can set automatic message replies to let them know you’re driving.

AirPlay2 in iOS 11 now supports multiroom audio so you can control your speakers with an iPhone or iPad through Control Centre, the Home app or with Siri 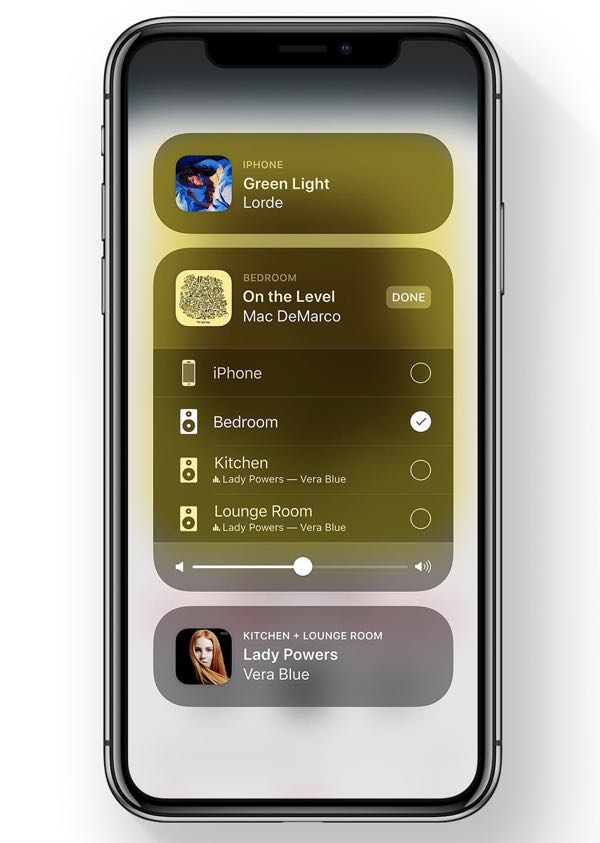 AirPlay2 works across all Apple platforms including iOS, macOS and tvOS.

One of the biggest changes you’ll notice with iOS 11 is Control Centre which now has a new-look single page design that put all your controls in one place. 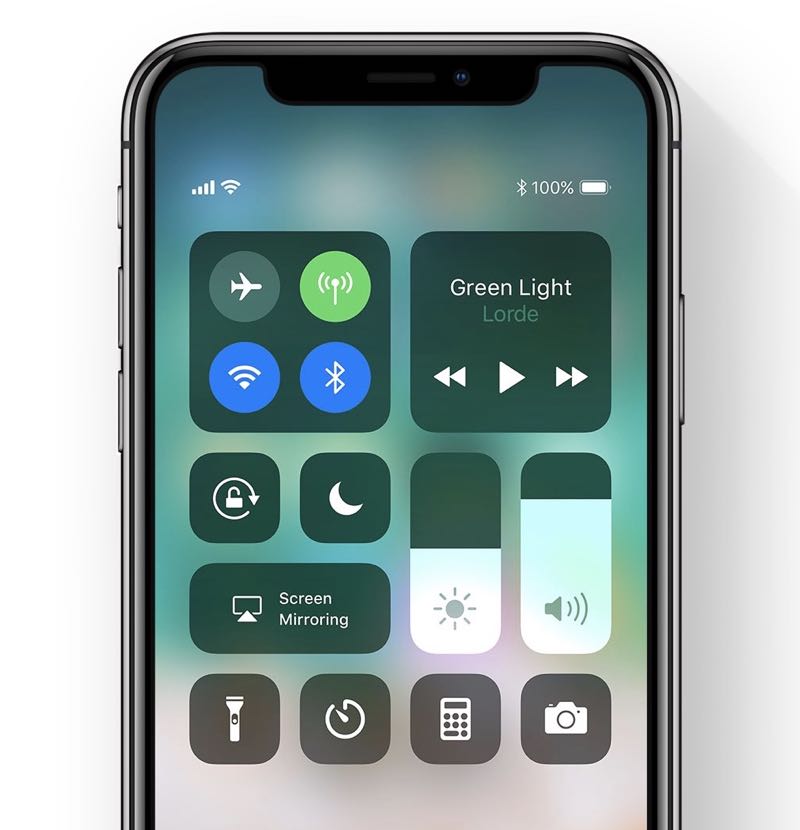 These controls can be expanded using 3D Touch to show more options and allow for easier and quicker control.

Now users can take a Live Photo during a FaceTime call simply by pressing the new on-screen shutter button.

Both participants receive a notification that a picture was taken and that Live Photo is stored in your photo library.

It’s now a lot easier to type and entering numbers, symbols and punctuation marks is now a matter of flicking down on the keys instead of tapping the Shift key.

Part of iOS 11 is ARKit –  a platform that allows developers to create mind blowing apps which provide incredible immersive experiences. 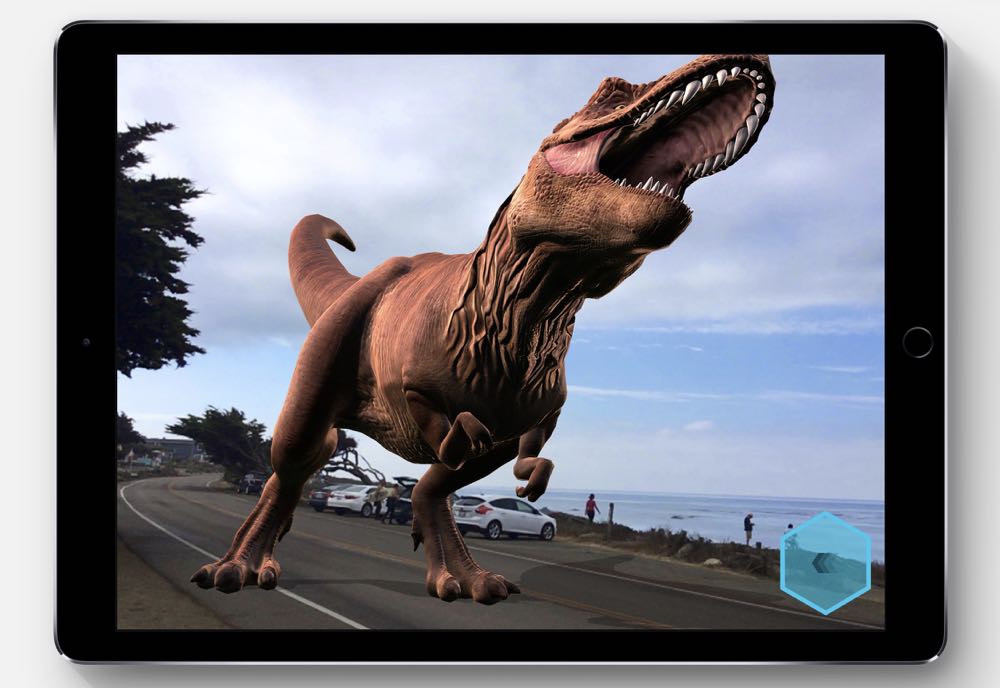 The ability to intelligently add a digital layer to what you’re seeing through the camera will herald the start of a new era of interactive apps.

iOS 11 will work on iPhone 5S and above, the iPad Mini 2 and later and the iPod touch sixth generation.