If you’re looking to invest in a dash cam then take a look at the new Uniden iGO Cam 85R which offers 4K resolution as well as a full high definition rear view camera so drivers can capture 360 degrees around their vehicle.

The iGo Cam 85R has a supercapacitor under the hood which offers a longer battery life in a wider range of operating temperatures which makes it suitable for Australian conditions.

The device has built-in wi-fi so it’s easy to instantly upload footage straight to your smart phone via the Uniden iGo 85R app.

In the event of an incident, this allows the video to be replayed and shared on the spot.

Also on board is GPS geo-tagging as well as impact on motion detection technology to give users accurate and detailed data.

The cameras wide dynamic range also captures clear video day or night which can be used to support an insurance claim or police investigation.

dash cams, the company has also released its latest jumpstart kit – the UPP1000 – which provides portable power and roadside assistance when needed.

The UPP1000 is powerful enough for four-wheel drives petrol and diesel vehicles with a large start current of 500A and a peak current of 1000A.

It can jumpstart petrol engines up to 7L in capacity and diesel images up to 5L, multiple times on one charge. 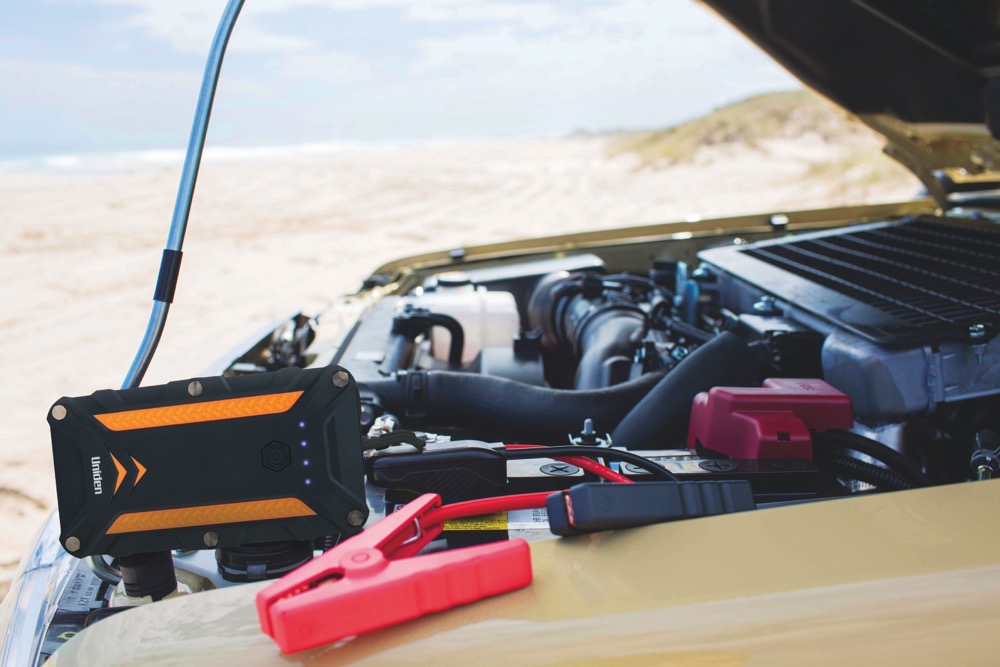 The UPP1000 can also be used as a portable power bank they can charge phones, tablets and other USB-powered devices like cameras and gaming consoles.

It also has an IP67 rating which means it can be used safely in wet conditions and also includes a powerful LED flashlight.