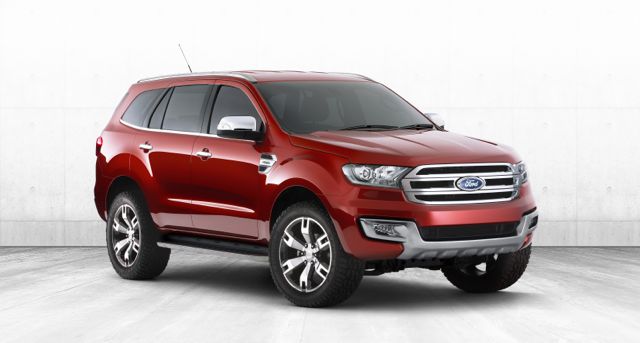 Ford has earmarked Australia as a key technology hub for the car company as it aims to offer a refreshed line-up of vehicles by the year 2017.

The company’s vision for the future was revealed at a gala event at Fox Studios in Sydney just months after Ford decided it would close down its Australian factories in 2016.

These bold plans include a full family of 11 vehicles and new safety technologies like My Key and rear inflatable seatbelts.

The event also saw the debut of new cars including the new Mondeo five door sedan and wagon, the new Ford EcoSport and the global reveal of the Ford Everest Concept SUV which was created in Australia.

Despite the factory closure in 2016, Ford says 1100 designers and engineers will continue to work in Australia funded by more than $1.9 billion for research and development.

Ford’s president and CEO Alan Mullaly flew into Sydney for the event to demonstrate the company commitment to Australia and its part in the future of the company.

“We are committed to Australia as one of our product development centres of excellence with talented designers and engineers creating vehicles and technologies here in Australia for the world,” Mr Mullaly said.

As part of its One Ford strategy most of these vehicles will become global platforms for customers in the major markets in the world including Australia.

Ford also took the opportunity to unveil the new Ford Fiesta, the sport Ford Fiesta ST, Ford Mondeo hatch and wagon along with the Ford EcoSport.

The Ford Fiesta and Fiesta ST will be available in Australia from next month and will come with a 1.6 litre EcoBoost engine and Ford Sync offering voice-activated in-car connectivity along with Bluetooth hands-free and music streaming as standard.

The new Mondeo vehicles will have either a 1.5 litre petrol or 2.0 litre turbo diesel engine along with Ford Sync and will arrive in showrooms in the second half of 2014.

Ford also gave attendees at the Fox Studio a sneak peak at the 2014 Falcon. While there were only fleeting glimpses of the vehicle it was revealed the car will include low-resistance tyres and a new high-tech six-speed transmission.

Ford’s already strong SUV line-up will be bolstered in December with the arrival of the new Ford EcoSport which offers all the comfort and features of an SUV in a smaller vehicle.

The Ford Kuga has already carved out significant attention and customer support and leads the way with in-car technology like hands-free tail gate, emergency assist, voice-control and blind spot detection.

Ford’s Everest Concept SUV – which has been designed and engineered in Australia – is a large seven-seat all-wheel-drive that’s designed to go off-road.

Ford has introduced new My Key technology as part of the Ford Fiesta to be released next month and allows owners to place certain limits to the car.

This will be a feature parents of young drivers can engage when their son or daughter borrows the car.

These include setting speed limits for the car, being able to reduce the maximum audio of the stereo and overriding the deactivation of safety features like Dynamic Stability Control.

With My Key owners will be able to disable the audio system until all seatbelts are fastened and set chimes to sound between 70km/h and 140km/h to highlight when the vehicle is being driven at high speed.

Another innovation to be introduced with the 2014 Mondeo will be inflatable rear seatbelts which can protect rear seat passengers, especially children, in the event of an accident.

These inflatable rear seatbelts can offer five times the protection of a regular seatbelt.

Kogan, Aldi customers on a knife edge after ispONE and Telstra dispute