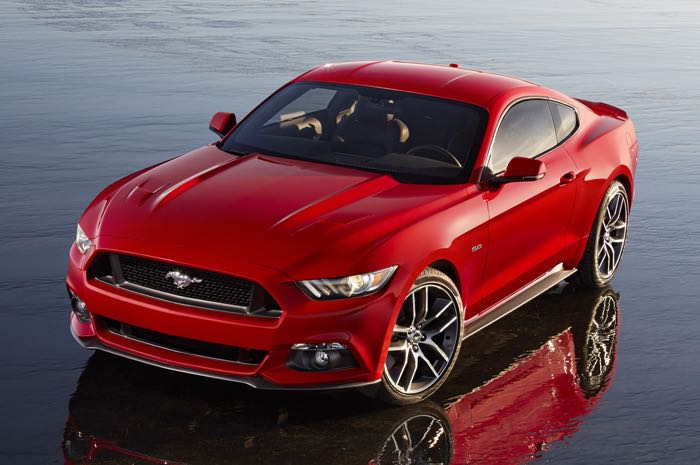 Ford will be expanding MyKey – which can set speed and audio limits – to even more vehicles after a new study reveals alarming young driver behaviour.

In 2015 Ford will include MyKey to four more vehicles including the all-new Mondeo and Mustang range.

This comes at a time when new research from the National Roads and Motorists Association (NRMA) about young driver behaviour.

The study shows 61 per cent of parents were concerned about their children being distracted behind the wheel.

And 40 per cent of young drivers admitted to being distracted while driving.

Younger drivers are 2.5 times more likely to be killed in a crash than any other age group according to the Centre or Accident Research and Road Safety.

“Ensuring the safety of drivers on our roads is the key priority for the NRMA. We hope this research by Ford supported by NRMA helps to raise this important discussion with parents and young drivers to help curb unnecessary incidents,” said Jack Haley, NRMA Vehicle Expert.

“Ford’s MyKey technology can help parents set limits and guidelines for their young drivers, making the roads a safer place for all motorists.”

MyKey is already available across Ford’s Fiesta line-up of vehicles and is a new safety technology that can limit the vehicle’s top speed from 140km/h down to 100km/h and limit the audio volume to reduce driver distraction.

It can also set speed alerts to remind drivers of speed limits, prevent the audio from activating until the front seats belts have been fastened and even raise the low fuel warning to 140km so young drivers don’t get stranded.

Of the parents interviewed in the NRMA survey nearly half (43 per cent) said they’d consider buying a vehicle that would allow them to reduce the top speed, limit the audio and mute the audio until the seatbelt is fastened.

And 72 per cent of parents said they’d feel better knowing their children were safer when driving.

Young drivers also welcomed MyKey with 90 per cent saying they would be open to their parents helping to purchase a car with MyKey onboard.