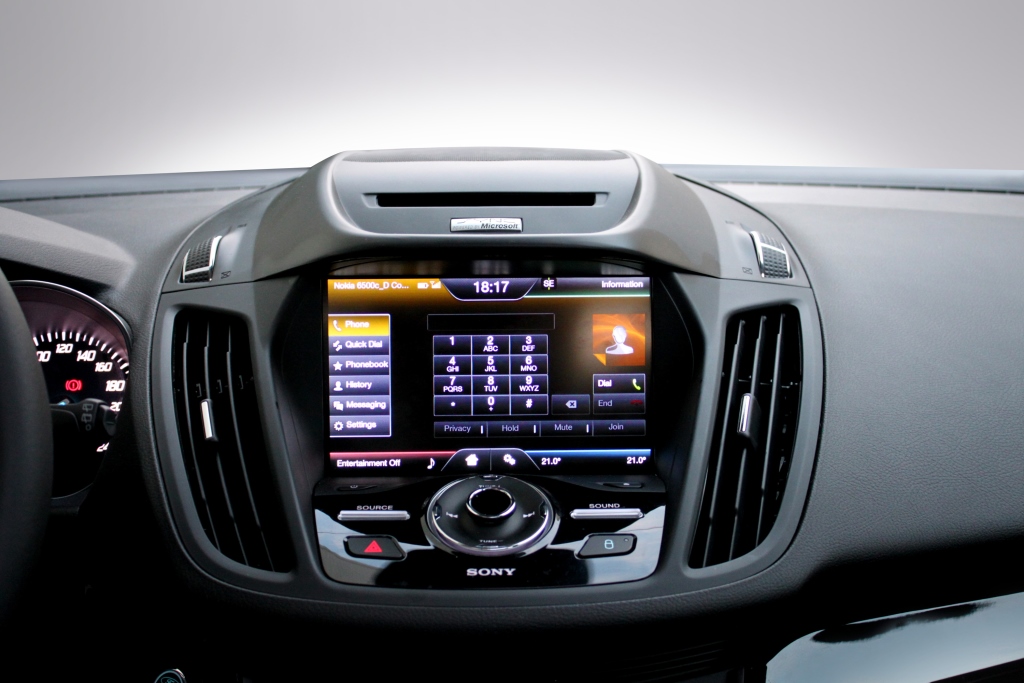 The latest technology will be hitting the road after Ford announced at Computex new ways to connect and use optimised apps while we’re driving.

Ford SYNC with MyFord touch technology is powered by Microsoft and is the brains behind the all-new connected entertainment hub. The latest Kuga released in Australia already has SYNC onboard with MyFordTouch coming to future models.

When it does land with MyFord Touch it will give the driver the ability to easily manage climate control, radio, phone, CD player along with accessing content stored on USB and SD cards.

And it is all accessed via an 8-inch touchscreen panel that’s voice controlled. The system can recognise up to 10,000 commands.

Also introduced at the Ford press conference on the eve of Computex in Taipei was Applink 2.0 for the Asia Pacific region – a global developer initiative which allows apps to be optimised for use in the car.

This gives developers access to in-car technology to enhance and optimise the experience behind the wheel as well as adding voice control to each app’s functionality.

Ford drivers will also have access to the Applink Catalogue to discover new apps that are already Applink enabled.

Ford is the first to car company to contribute proprietary code from their vehicle to outside developers.

In a recent survey, Ford said 75 per cent of drivers say it’s important to be connected in the car and 66 per cent says voice control is also essential.

There are already three new apps which have been optimised with the latest Applink 2.0 optimisation. These are:

Pandora: This personalised internet radio has more than 200 million users worldwide and allows users to curate the music to suit their tastes.

TuneIn Radio: Allows users to listen to more than 70,000 global radio stations and more than a million on-demand programs.

Kaliki Audio Newsstand: This new app for Android can curate news content from major sources and provide an audio version of the those stories for drivers to hear in their car while they’re driving.

* Stephen Fenech travelled to Taipei as a guest of Ford.