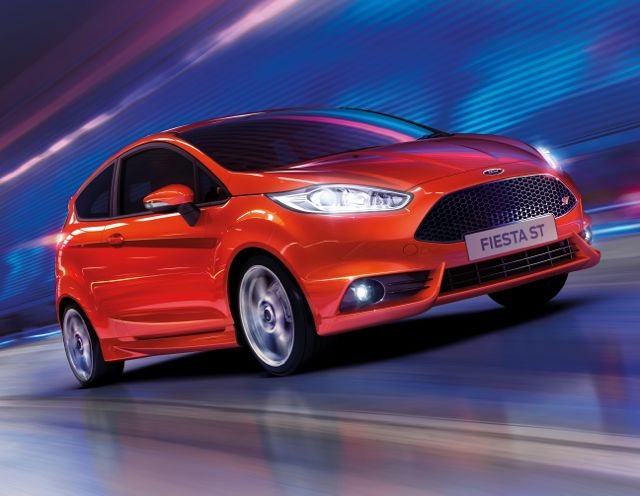 Years before Ford’s vehicles are seen in a showroom they start as a design on a computer with cutting-edge technology that brings them from idea to reality.

Australia will play a big part of Ford’s vision when it comes to innovation and engineering with world-class facilities that can visualise, develop and build the cars of the future.

Tech Guide was lucky enough to be given a behind-the-scenes tour of Ford’s Design, Engineering and Technology Centre in Campbellfield along with a look at the You Yangs Proving Grounds on the outskirts of Melbourne.

By the end of the day it gave us a greater appreciation of exactly what goes in to the design, production and testing of a Ford vehicle before it’s road ready for the customer.

The Ford vehicles to come out of the Australian centre include the Falcon, Terrority, Ranger and the concept Everest SUV.

It’s a process that literally takes years but it all starts with an idea – and a design.

The refurbished Ford Design Centre is one of only three similar Ford facilities in the world. The others are in Cologne, Germany and at the company’s worldwide headquarters in Dearborn, Michigan.

Every single detail and every single part – and there are tens of thousands of them – of a Ford car starts with a design created and honed on a computer screen.

It is here where the car starts take shape under the bonnet and above it.

The accuracy of every single part comes down to a thousandth of a millimetre with more than 26,000 checks for geometric compliance.

Years before the car can be put together in the real world it has to be perfect in the virtual world.

Being able to examine the designs in great detail is made possible by the Power Wall in the Design Centre.

It is a 6m x 3m screen with an ultra high definition 4K rear-projected image that gives engineers an excellent way to appraise their developments and designs up close.

Once the designed is finalised and perfected, it is time to move to the next stage of development – the Virtual Proving Ground.

It is here where Ford’s vehicle is put through rigorous testing while it’s still a file in the computer.

Crash testing along with examinations of the safety features and aerodynamics are carried out on the vehicle that has been constructed virtually.

It is now able to react to virtual forces like simulated crashes to allow Ford engineers to see how the materials and parts react.

All of this takes some serious computing power. Ford uses a super computer – one of the largest in the world – to store this information and to make these complex calculations that can take between two to four hours to complete.

This same computation would take 12 months to complete on a regular home computer and 16 million years with a pen and paper.

These virtual crash simulations can uncover the weaknesses and faults on some parts but also confirm the strength and behaviour of others.

We were shown a virtual front collision and the front brackets crumpled on impact as they were designed to do without damage to the engine compartment.

Another side collision test illustrated the speed in which the Ford vehicles airbags and safety features are designed to react.

In this test, the side airbags deployed in just 13 milliseconds. Not bad when you consider an eye blink takes 100 milliseconds.

The Virtual Proving Ground can also simulate the wear and tear of more than 10 years of driving in 12 hours on the computer using a similar system that is used by NASA.

The virtual simulations can also uncover unwanted noise and vibrations.

And all of these designs and results can also be viewed in real time from the other Ford engineering hubs in Cologne and Dearborn.

To streamline the design and engineering process, Ford’s researchers take the information and data and build a virtual vehicle to analyse and enhance the driver experience well before a physical version is built.

To help experience a vehicle that only exists in a computer, Ford created the Virtual Reality Centre which uses state-of-the-art technology and Hollywood style animation.

The result is a complete virtual vehicle which can be seen inside and out while wearing a virtual reality helmet and gloves.

The VRC is situated in a large windowless room with several cameras positioned to capture the markers on the helmet and gloves so the system can recognise a person and their position relevant to the virtual car.

We tried this for ourselves and sat in side a Ford Fiesta that appeared all around us through the virtual reality helmet in 3D.

There was a small platform with a physical seat and a steering wheel inside the empty room and this gave us a point of reference to sit inside the virtual car and have the controls, gearstick, handbrake and all of the buttons on the console within easy reach.

After exhaustive testing and refinements and when engineers are completely satisfied with the design and integrity of the vehicle it’s time to move on to manufacturing.

After the design, engineering and early manufacturing the rubber literally hits the road at Ford’s You Yang Proving Ground in Lara.

It is a fully equipped 930-hectare testing and durability facility 50km west of Melbourne.

It is here where Ford’s cars are put through their paces on more than 80km of test surfaces designed to test the vehicles and their components.

Cars are run over regular and unimproved roads along with mud and salt baths, water and sand pits and special surfaces to simulate everything from deep potholes, washboard surfaces and cobblestones – all designed to test the Ford car’s body strength and durability.

Also at the Proving Grounds are facilities with the car running at high speeds on rollers to make it easier to simulate various driving conditions and observe the vehicle’s reaction.

The climate control laboratory can simulate high temperatures (up to 52 degrees Celsius) as well as sub-zero conditions (- 18 degrees) to ensure the car can still perform efficiently whether it is driven in the desert heat of Dubai or in the snow in Finland.

One of the You Yangs Proving Ground labs is approved by the National Association of Testing Authorities (NATA) to test chemical and automotive emissions.

Also on site is a Vehicle Semi-Anechoic Chamber (VSAC) to monitor open road driving and another that can listen out for various sounds and rattles.

There’s also a Kinematics and Compliance Rig to exert suspension, braking and cornering forces to measure reactions and characteristics.

All in all it takes years of design, engineering and testing before Ford brings the shiny finished product to the showroom floor for customers to see.

But these customers can be assured the vehicles have been designed with care, engineered with innovation and tested thoroughly.

We’ll never look at a Ford the same way again.

Plox powerbanks keep your devices charged on the go