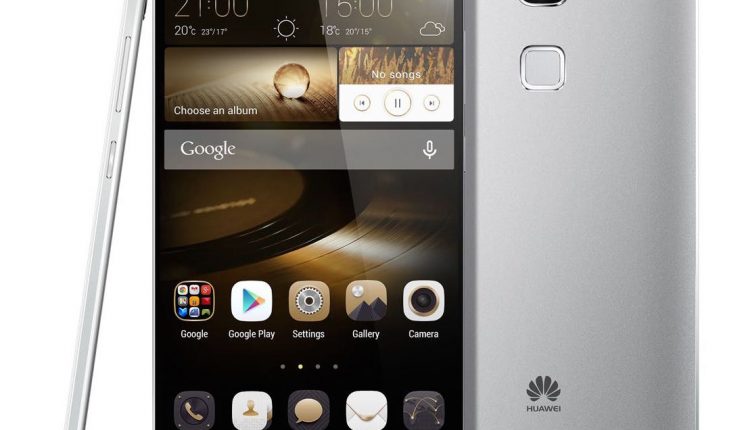 Huawei has unveiled the Ascend Mate 7 – its new flagship smartphone which boasts a large screen and set of features to challenge the likes of Apple and Samsung.

The device has a huge 6-inch full high definition screen that’s housed in a body that’s just 7.9mm thick and weighs only 185g.

From a design perspective, Huawei has once again come up with a stylish look and premium feel for the Ascend Mate 7.

It is constructed from a lightweight aluminium alloy that offers strength and reduces heat.

Despite having a larger 6-inch screen, the Huawei smartphone – at 157mm long – is actually a millimetre shorter than Apple’s 5.5-inch iPhone 6 Plus and just 3.5mm longer than the 5.7-inch Samsung Galaxy Note 4.

But what helps keep the Huawei device’s overall dimensions smaller, despite having a larger screen than its competitors, is the ultrathin bezel around the display which goes virtually edge to edge.

On the security side, the Ascend Mate 7 also has a fingerprint reader located on the rear panel just below the device’s 13-megapixel camera.

But unlike other fingerprint readers on other devices, the Huawei version can be used from any angle with your finger whether it’s wet or dry to unlock the device in a second.

Under the hood there are is an octo-core processor that can delegate the processing tasks depending on their size and power required to create an all-new efficiency across the device.

The battery has a 4100mAh capacity – the largest and slimmest battery of its kind which can power the Ascend Mate 7 for two full days.

Huawei’s Ascend Mate 7 will be available in Amber Gold which has 3GB RAM and 32GB storage.

This version also has a dual SIM card capacity with one slot suitable for a microSIM and the secondary slot able to handle either a second smaller nano SIM card or a microSD card to expand the memory.

It will be priced at $699 and will be available on November 17 from Harvey Norman and JB Hi-Fi.

There will be another Obsidian Black version of the Ascend Mate 7 with 2GB RAM and 16GB storage capacity which will be available from Vodafone through Dick Smith stores in the coming weeks. Pricing will be announced soon.

Stay tuned for a full review of the Amber Gold Huawei Ascend Mate 7 on Tech Guide next week.

Now you can watch the Two Blokes Talking Tech podcast