Huawei has unveiled its new P20 and P20 Pro flagship smartphones which offer artificial intelligence, a three-lens camera system and a light-bending finish that changes colour as you move it.

The two phones – the P20 and P20 Pro have 5.8-inch and 6.1-inch displays respectively with both sporting a distinct notch at the top of the screen that’s very similar to that first seen on Apple’s iPhone X.

In fact, Huawei made a point of comparing notches during the P20 launch event to point out theirs is smaller than Apple’s.

Huawei still found room for a fingerprint reader/home button just below the screen.

This button also incorporates gestures like swiping left and right.

On the design side the P20 and P20 Pro have gently curved edges and an all-glass construction.

One of the most attractive features of the new Huawei smartphones are the advanced camera systems.

The larger P20 Pro also has an additional lens on the rear panel – that makes three – with the main lenses on both devices stacked on top of each other – again a lot like the iPhone X. 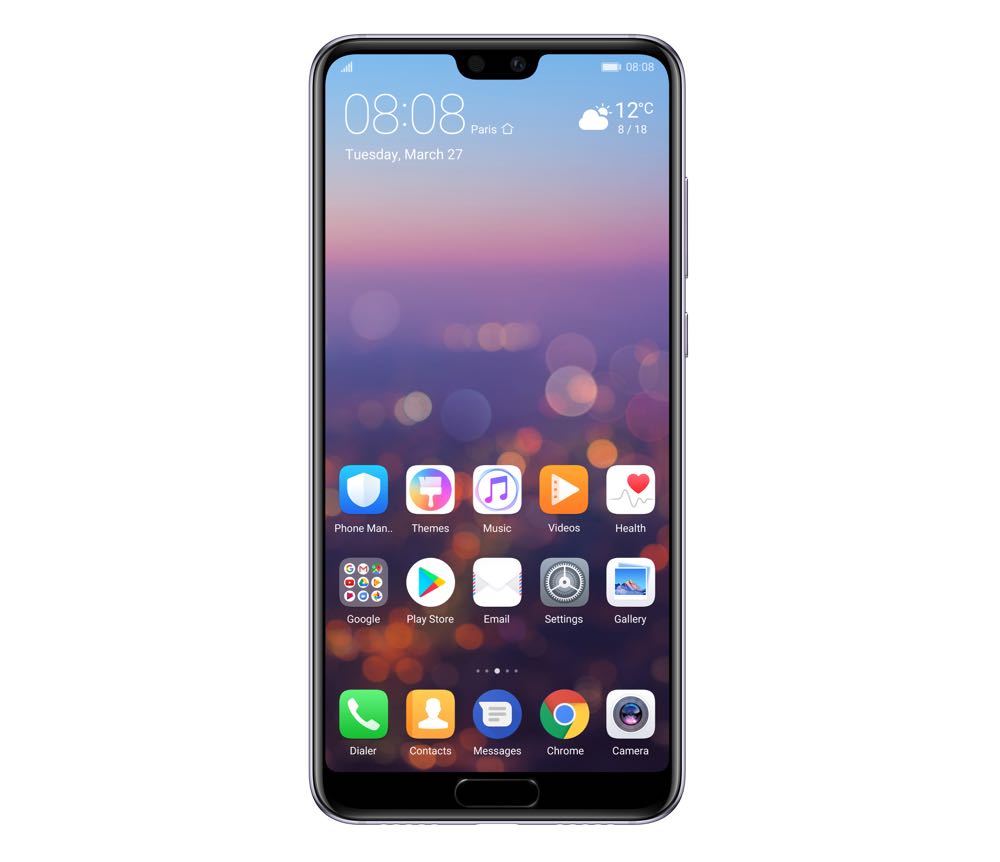 The triple camera on the Huawei P20 Pro has a 20-megapixel mono sensor, an 8-megapixel telephoto lens and a massive 40-megapixel camera.

It has the highest total pixel count of any smartphone camera on the market.

DxOMark has already named the Huawei P20 Pro as the world’s best camera.

The P20 Pro also has 3x telephoto and up to 5x hybrid zoom. 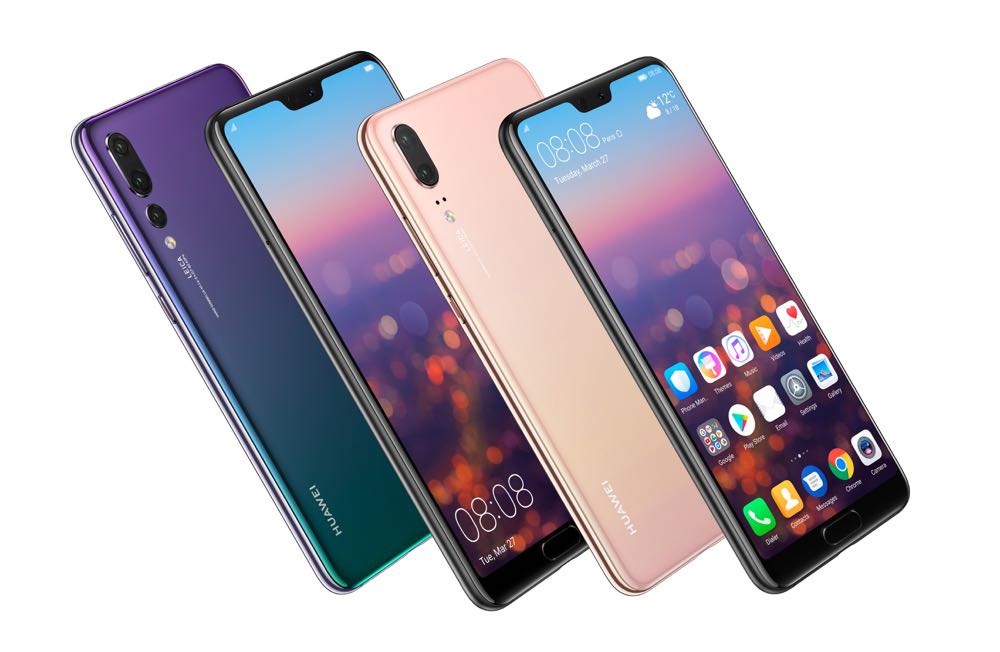 Both phones also have a huge 24-megapixel front-facing camera as well with AI beautification and 3D portrait lighting.

The cameras use a laser transceiver for faster focus so it can capture an image in as fast as 0.3 seconds.

For video, the P20 and P20 has six axis stabilisation as well as 960 frames per second super slow motion.

The Twilight and Pink Gold colour-gradient finish looks similar to the colour-changing paint job on a sports car that shifts its hue depending on the light.

Huawei says the device will also be available in the usual colours like black and midnight blue. 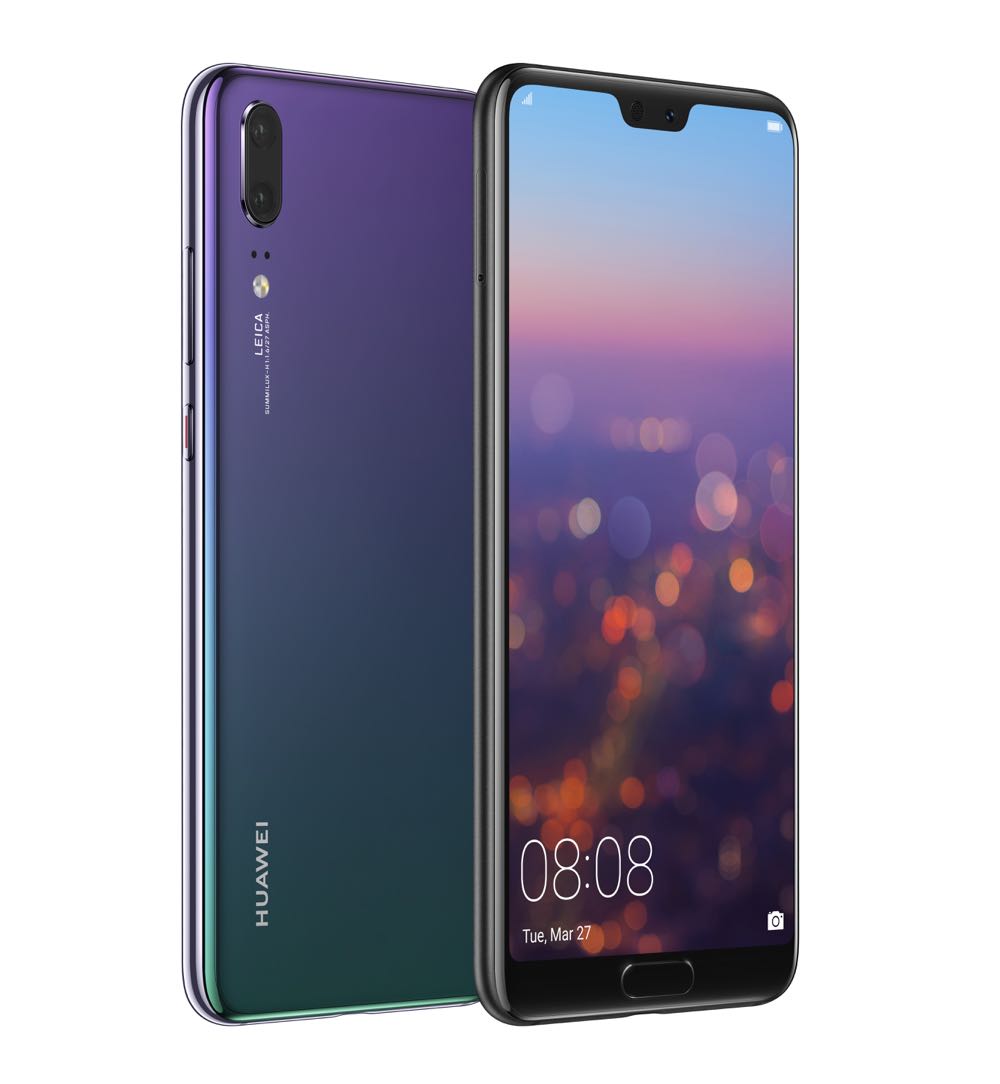 The other difference between the devices isn’t just the screen size but also the screen type.

The P20 Pro has an OLED display while the smaller P20 has a still-impressive LED screen.

Another benefit of the P20 Pro is a higher IP67 water and dust resistance rating compared with the IP53-rated P20.

Under the hood is Huawei’s very own silicone – the Kirin 970 processor which incorporates neural processing for some tasks including Face Unlock.

Pricing and availability have yet to be determined but Huawei says Australia will be one of the first markets where it will be released.