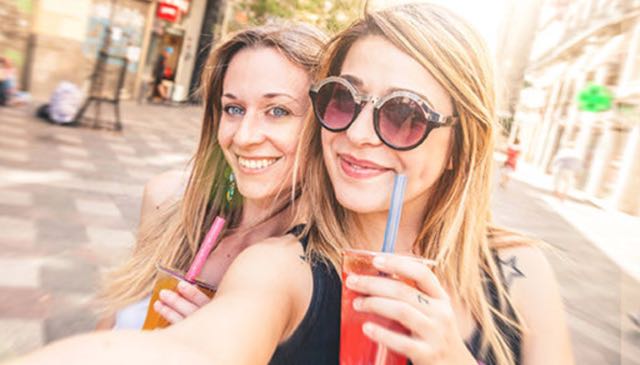 Australian women are a vain bunch according to the latest research that shows more than half regularly edit pictures of themselves before sharing it to social media.

Social beauty network beautyheaven.com.au says 57 per cent of women are cropping, filtering and enhancing their images to ensure they look their best for their friends to see on social media.

This also extends to pictures of them taken by other people with 62 per cent asking friends to show them the pictures to approve before being shared online.

And 60 per cent actually untag themselves if they’re not happy with the way they look on already shared images on social media.

But the ironic part of this research is the fact that 66 per cent of Australian women think it’s wrong for magazines to edit and photoshop their pictures for publication.

“It seems there are double standards when it comes to photo editing. Aussie women want it to stop in magazines but many are editing their own pics.  They’ve seen celebs like Beyoncé and Miranda Kerr looking perfect in their social media snaps, knowing many of these images have been edited and now there is a copycat effect,” says Carli Alman, editor of beautyheaven.com.au.

And which of their body parts do Australian women edit the most? They are thighs, tummy and skin and some women use photo-editing software to enhance these parts of their body.

One in five women also want to look slimmer in their photos.

But 18 per cent say they’ve gone too far with their editing and admit the end result isn’t a fair representation of what they actually look like.

“It’s normal to want to look good in pictures but it’s important we are having fun with our social media images and not taking it too far.  Look to beauty products to enhance things like your skin and fun poses to make you look slimmer before you turn to major editing tools.  And remember it’s you who your social media friends want to see,” Ms Alman said.