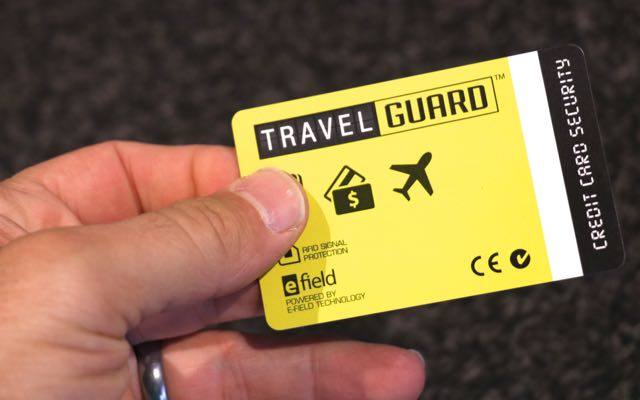 Protect yourself against credit card skimmers with TravelGuard

Tap and Go and PayWave technology are popular, fast and convenient ways of paying for things but it has also opened the door for criminals to steal your credit card information.

These crooks are using skimming devices to scan and steal your credit and debit card and even passport information.

Alarmingly this theft is incredibly fast and easy and can be achieved up to 20m away from the victim.

And the frightening this is you don’t even know it’s happening.

Not only can this result in your accounts being cleaned out but the thief also has 100 points of ID to potentially steal your identity as well.

So what can you do to protect yourself apart from never venturing into the public with your plastic and passport?

The solution is in the shape of a card itself and is called TravelGuard. The product can sit alongside all of the other credit cards in your wallet or purse and create an “e-field” that blocks the chip details of your cards and passport from scanners. 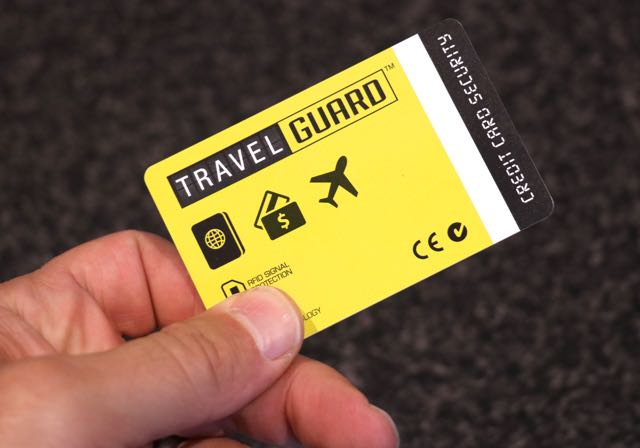 As soon as TravelGuard detects a threat it is activated and forms a protective barrier between you and the criminal trying to scan your details.

We tried TravelGuard and our credit card with a PayPass terminal and it failed to scan. Even with our card closest to the terminal – it just simply wouldn’t work.

It would have the same effect if a criminal was trying to scan your credit card and obtain your details.

Unfortunately, this type of crime is on the rise considering how easy and anonymous it is. 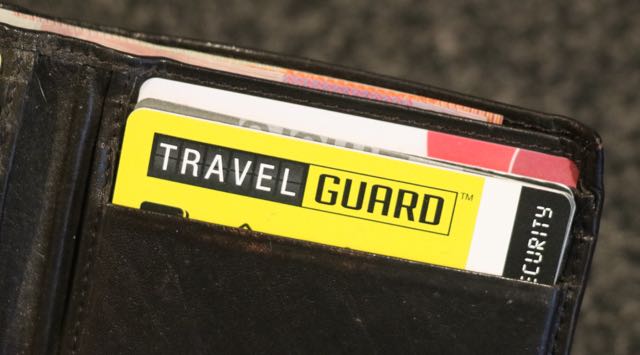 And travelers are particularly at risk because they pass through busy areas like airports and hotels – areas commonly used by criminals to scan as many victims as possible in one place.

With TravelGuard, this risk is completely eliminated with the e-field creating a digital perimeter of about 10cm which is enough room to protect an entire wallet or purse full of credit cards.

TravelGuard requires no power so there’s no need to remember to charge it or even turn it on. So you can just leave it on your wallet or purse and just forget about it.

It actually draws its power from the signals being broadcast by the skimming devices trying to scan your credit cards. 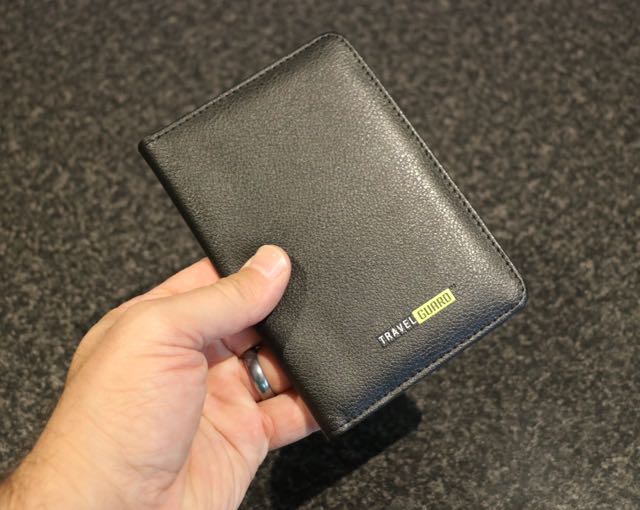 The other worry is that these criminals can also go after your passport and even your hotel room card key.

There’s lots of information that can be stolen off a passport – enough to pose a serious identity theft risk.

As for hotel room keys, it’s not unusual for a criminal to sit in the lobby of a busy hotel scanning tourists as they leave the hotel. 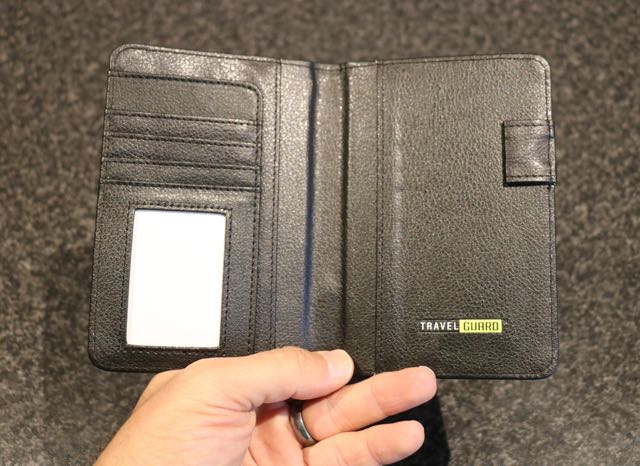 This information can be used to create a copy of their hotel room key and they head up to their room and clean it out.

TravelGuard is not only available in card form. The technology has also been incorporated into a passport wallet or a smaller wallet/purse. 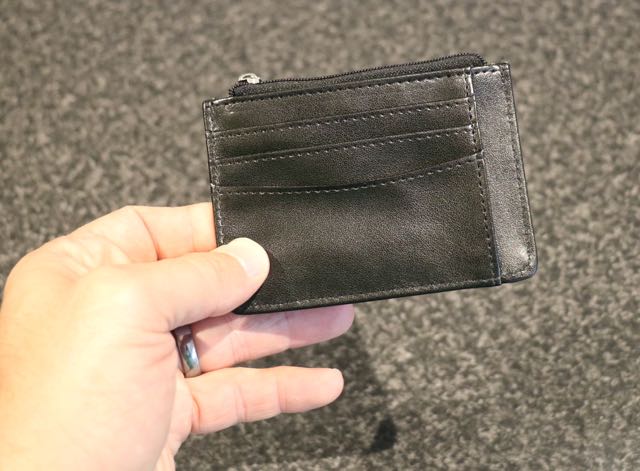 The passport holder and the RFID wallet/purse are both priced at $39.95.

You can buy these TravelGuard products through the website link here. 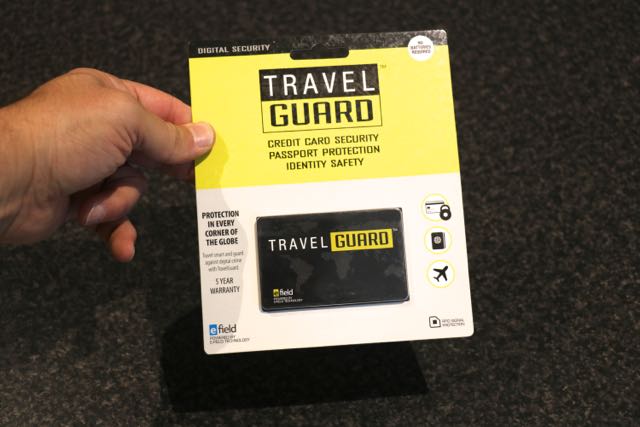