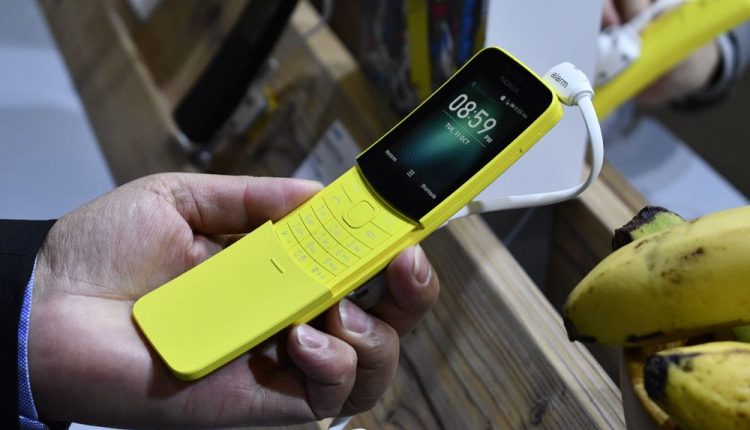 It was the phone immortalised in the hit film The Matrix and now it’s back. The Nokia 8110 was unveiled at Mobile World Congress last week and we got our hands on it to take a closer look.

Nokia announced an impressive range of new Android smartphones, but it was the 8110 that captured everyone’s imagination in Barcelona.

It was almost a replay of last year’s show when the company unveiled the 3310.

This time out Nokia has decided to reproduce a cult favourite which became a collector’s item after Keanu Reeves’ character Neo uses the device in a memorable scene in The Matrix – which was filmed in Sydney.

Since then any Nokia 8110 in decent condition and working order was worth a pretty penny to collectors.

Nokia has responded to that demand with a brand-new updated 4G version available in black and yellow.

The new 8110 maintains the subtle curve of the phone and also includes the iconic slider which, when opened, reveals the numerical keypad.

Even the 2.4-inch screen matches the curve of the device.

With the slider closed, the Nokia 8110 fits neatly in your hand and is quite compact and lightweight and made of polycarbonate. 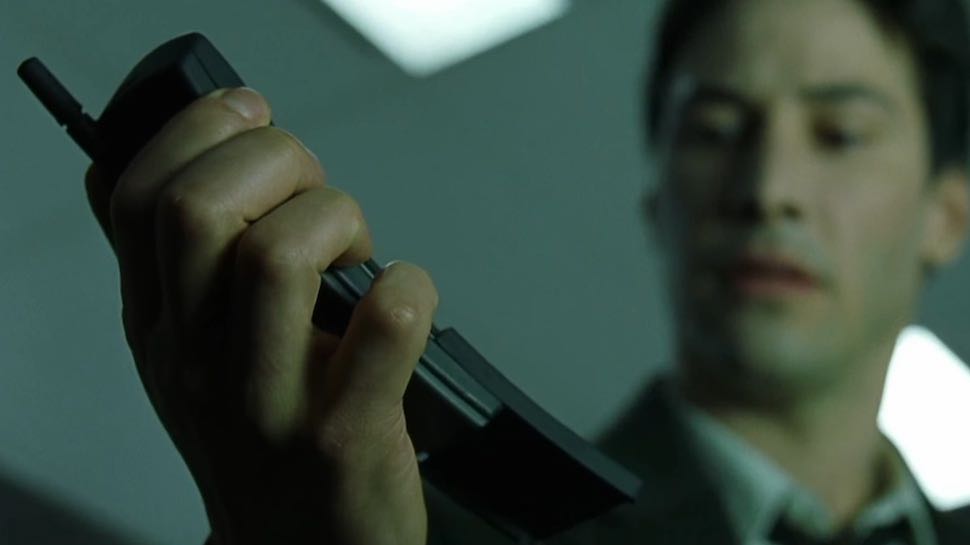 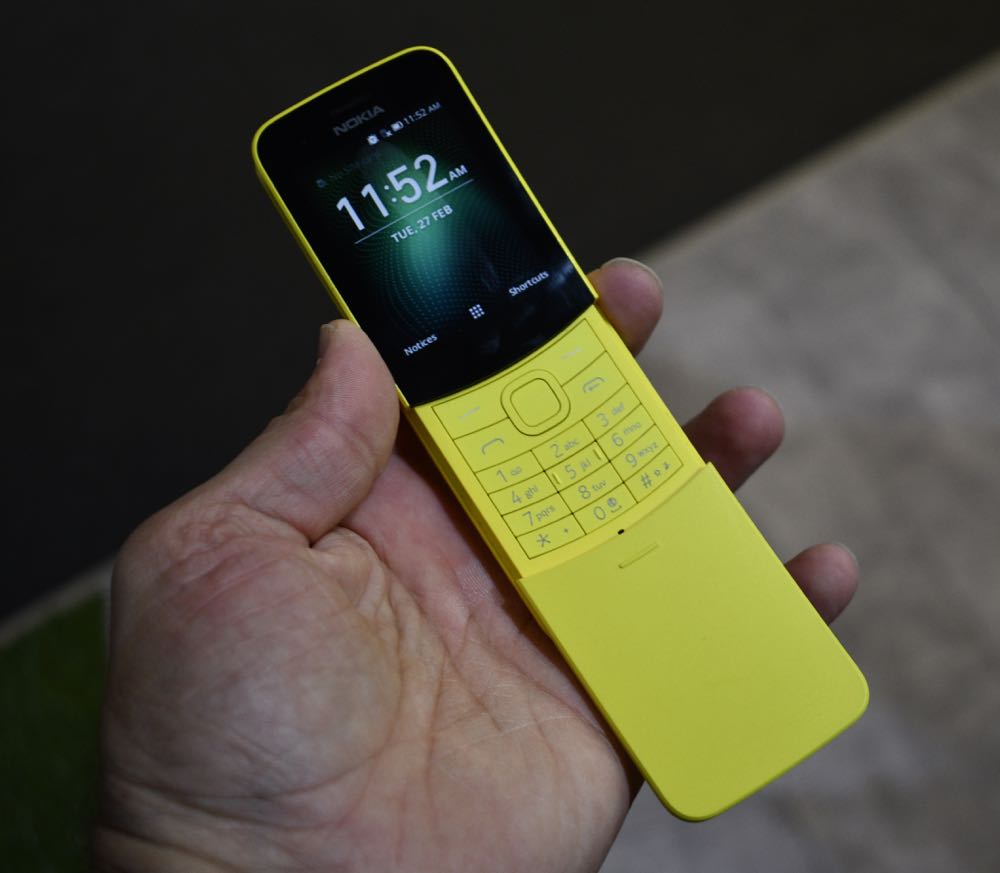 When you open the slider, it extends smoothly from the case and still has a balanced feel.

Under the hood is a Qualcomm 205 processor and a KaiOS which includes shortcuts to Facebook and a browser.

On the storage site, there is 4GB of internal memory and 512MB RAM.

It’s certainly not going to outperform the latest smartphones, but it’s a handy device if you’re after a simple yet stylish phone that can keep you connected anywhere. 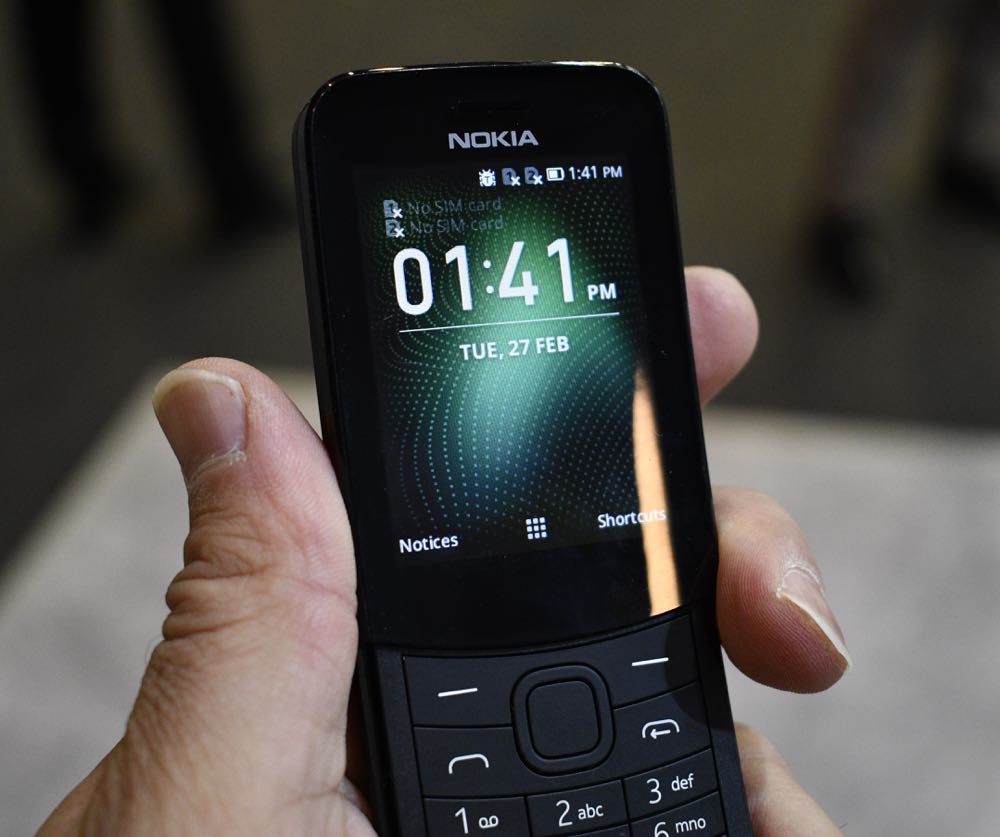 And the fact that it’s 4G compatible means it will work on all of our networks and can even be used as a wireless hotspot if necessary.

Nokia made an interesting choice by adding yellow as a colour and it wasn’t long before the 8110 was being affectionately called the “banana phone”. 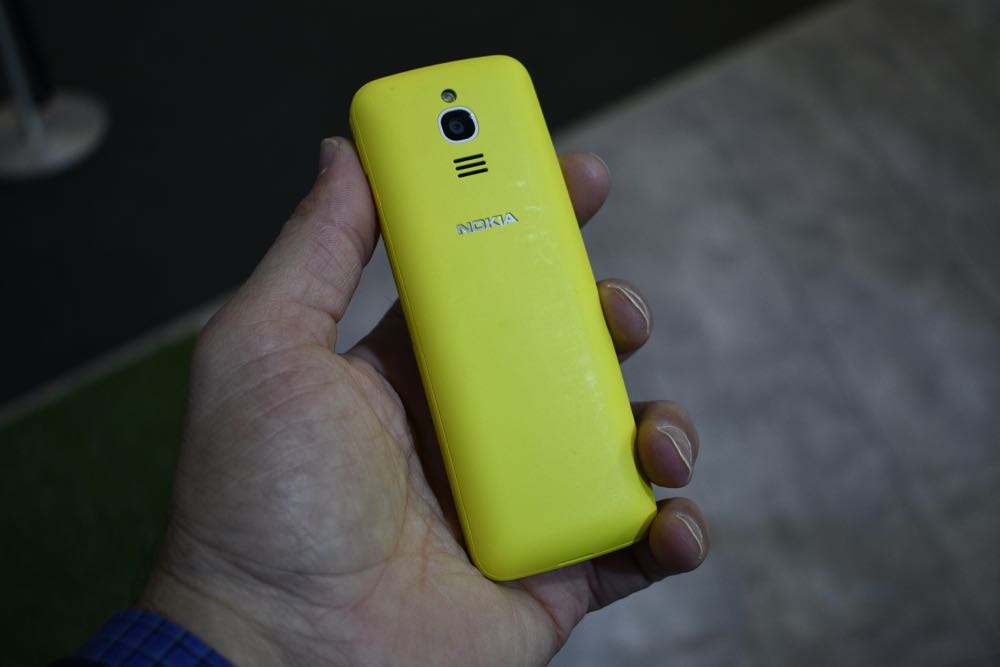 In fact, Nokia encouraged and even placed this bunches of bananas beside the device at its booth at NWC in Barcelona.

The rear camera has a 2-megapixel resolution and an LED flash. 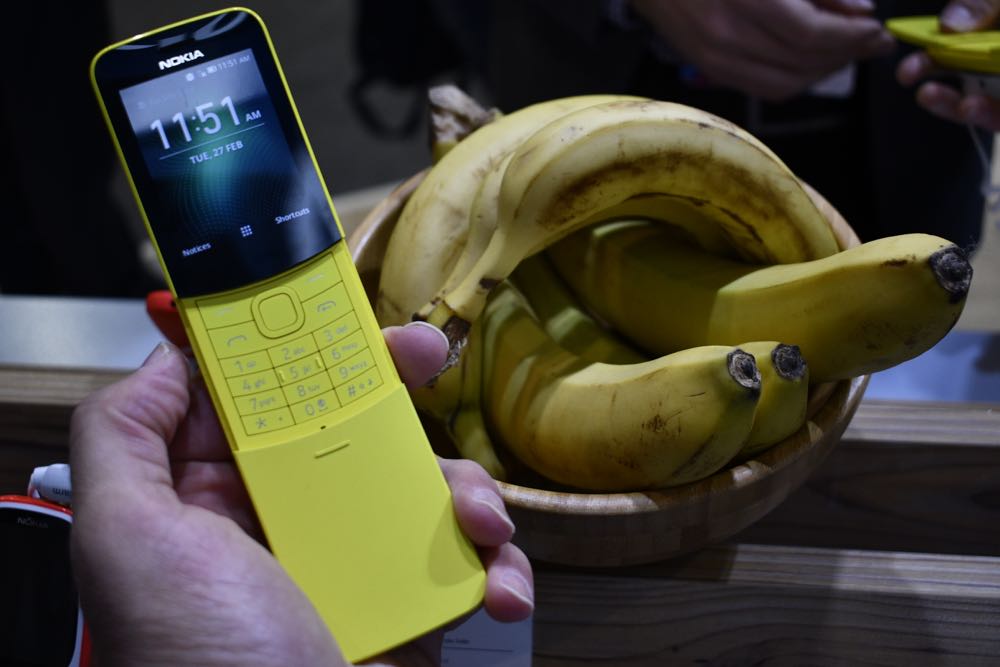 And like the old Nokia phones we remember – it has a battery that can last for days.

So when can we get our hands on it?