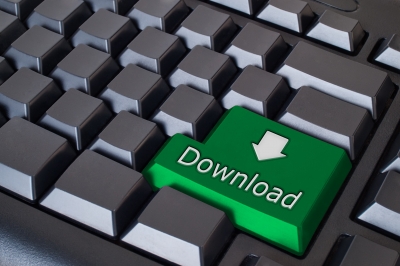 The battle to stamp out piracy in Australia has taken a new turn with the government moving to block access to sites offering the illegal content.

ISPs (Internet Service Providers) will also introduce a notice scheme that would alert customers of alleged infringements while educating users about illegal file sharing and pointing out the ways content can be obtained legally.

A new industry code will be written by the Communications Alliance and registered by the Australian Communications and Media Authority (ACMA) before these provisions are made mandatory for all Australian ISPs.

“We support the balanced approach that the Government has taken to what is a serious issue in Australia,” said Communications Alliance CEO, John Stanton.

“Australia’s ISPs do not condone or authorise internet piracy and our industry is willing to contribute strongly to fighting the problem, while ensuring that the rights of customers are fully respected.”

This ISP approach won’t include penalties for offenders or throttling back internet speeds.

“Online piracy represents a huge threat to creative industries in Australia and around the globe,” said Foxtel CEO Richard Freudenstein.

“The introduction of legislation will have two main effects. First, it gives us tools to deal with the operators of pirate sites. The people who run pirate sites are criminals who steal content from creators and profit from their theft.

“Secondly, it will allow us to reach out to people who download illegitimate content to educate them that what they are doing is wrong and that there are many legal options they could take.”

One of the main reason viewers turn to illegal downloads, as revealed in research by Choice, was the frustration they can’t access content in a timely manner and that prices were too high.

Choice was quite vocal in its opposition to the move and its concerns on what it might mean for customers.

These concerns include the possibility about customers being targeted with unfair penalties, increasing costs for all internet users and the creation of an industry-run internet filter to block certain websites.

“Outsourcing the piracy crackdown to industry is far from a soft option, because it carries the potential for serious sanctions against consumers including internet disconnection,” says CHOICE CEO Alan Kirkland.

“And it’s far from an effective option, because it ignores the two biggest reasons Australians infringe online copyright – price and availability.

“We know that internet filters don’t work. This approach has been called ineffective and disproportionate by courts overseas, and it risks raising internet costs for everyone.

“The Federal Government claims this is the least burdensome option. We can’t see how regulating the internet in Australia, introducing a nation-wide notice scheme and an industry-run internet filter isn’t burdensome.

“Australian consumers want to be able to purchase content at a reasonable price, at the same time as the rest of the world. Introducing draconian policies and cutting off internet access is not the way to fix the problem.”