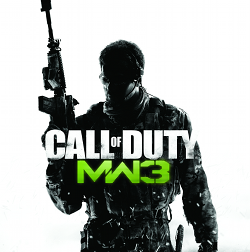 PlayStation 3 players enjoying mega-hit game Call of Duty: Modern Warfare 3 will be pleased to know there will be two brand new multiplayer maps released on February 28.

The new maps, Liberation and Piazza, are the first of many downloads planned this year for Call of Duty Elite members’ season of content.

Liberation is a large map set is a militarised Central Park in New York with wide long range spaces to suit snipers along with mounted turrets at each end.

There’s also a tunnel which runs the length of the map for those players who want to take the battle underground.

Piazza takes players to a tranquil Italian seaside village which features tight corners and branching paths for close combat runners and gunners. The maze of paths makes it possible to flank the enemy and attack from above and below.

A third map – Overwatch – will be available firstly for Xbox 360 users on February 21 and a month later for PS3 players.

Overwatch is set high on a New York City skyscraper construction site along two levels with no barriers to prevent players accidentally falling to their death.

The Call of Duty Elite season of content will include 20 new multiplayer maps and Special Ops missions.

Black Box – due in March for Xbox 360 and on PS3 a month later – will be centred around the wreckage of Air Force One.

In other Modern Warfare 3 news, an additional five levels of Prestige will be added to the multiplayer mode of the game.

Prestige is achieved when online players rank up to 80 levels and choose to do it all over again.

Previously players could only reach Prestige 10 times but, as Infinity Ward’s creative strategist Robert Bowling confirmed on Twitter, that will now be extended to 15.