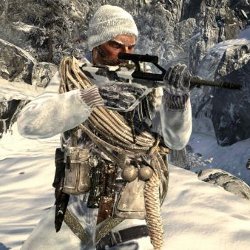 Call of Duty: Black Ops, the game which has already smashed records as the most successful entertainment release of all time, will soon have new downloadable content – five new multiplayer maps.

The map pack – First Strike – will be available firstly to Xbox 360 online players while PlayStation 3 have to wait patiently for a month before they can get their hands on it.

Call of Duty is a franchise which in recent years has set the standard for online first-person shooters and Black Ops has certainly maintained – if not exceeded – that standard.

The first – Kowloon – set in the Chinese city of the same name has a tight layout which will suit the players who like to run and gun.

It is the only map to feature a zip line which players can use to quickly get from one point of the map to the other. Downside of that is that it leaves the player completely exposed – they can’t access their weapon while on the zip line – so they fair game to anyone who wants to take a pot shot.

Next is Discovery which is an old German research station in Antartica which is divided by a deep chasm and accessible over a narrow snow bridge. There are lots of long range views which opens it up to snipers.

Berlin Wall is a larger map and has players on either side of the wall – east and west Germany – around the Checkpoint Charlie section. Snipers will appreciate the many high spots and long lines of sight.

In the middle of “No Man’s Land” which can give players a shortcut across the map but they have to dodge the gunfire from the automatic turrets.

Stadium is a map to suit those close-quarter players who like to keep moving instead of “camping” in one spot. Set in an abandoned stadium, the map offers a lot of tight corners and short distances between points of cover.

First Strike will be available on February 1 on Xbox Live and a month later on the PlayStation Network.