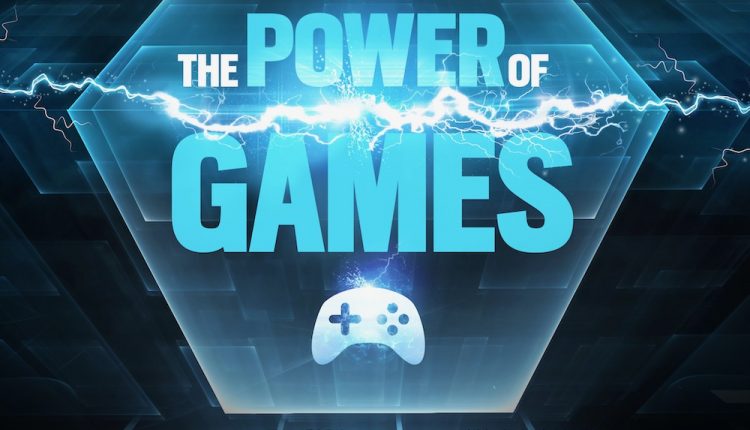 Australians are still right into their gaming with new research revealing that 91 per cent of households own a video game device with two thirds of the population playing games regularly.

The Interactive Games & Entertainment Association (IGEA) released their annual study, conducted by Bond University, into the power and impact of video games which was conducted among 1210 Australian households and 3228 individuals.

And there were some surprising results in the Digital Australia 2020 report.

The average age of a video game in Australia has remained at 34 years old and nearly half of all players are female.

Older Australians also getting in on the act with 42 per cent of those aged 65 and over identifying as gamers.

And the perception that gaming is a young person’s domain has also been shattered with news that less than a quarter of videogame players are under 18.

Children play the longest, averaging 100 minutes per day with retirement age adults playing for 59 minutes and working age adults in the middle for an average of 83 minutes a day.

The study takes a deeper look into video gaming and reveals the potential to move beyond entertainment and enhance a number of areas including education, our social identity and workplace training.

Also revealed in the research was the power of video games to help players maintain social connections (67per cent) and contribute to their social (66 per cent) and emotional (74 per cent) wellbeing. 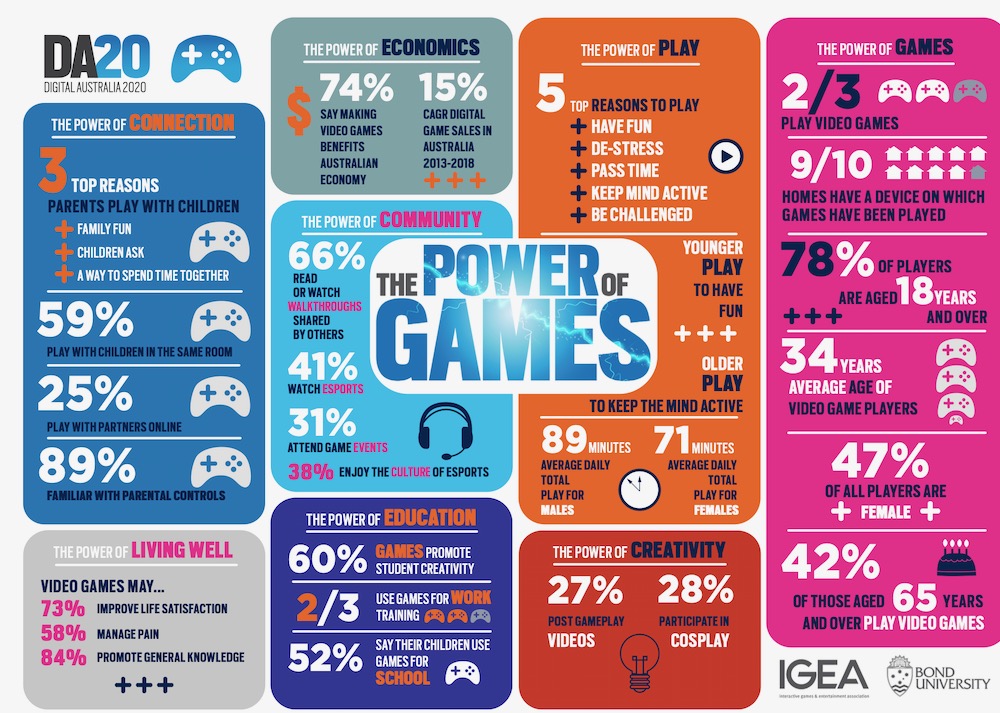 “This biennial study has been conducted since 2005 and gives us a powerful insight into who plays video games, how they play, and why they play,” says Dr Jeff Brand, professor at Bond University and lead author of the report.

“While the first studies really broke down stereotypes of who played games, this research really helps us to understand why people play.”

“Australians still play video games for fun, but this isn’t the only reason.

“Games are increasingly appreciated for their diverse applications – people play to educate and upskill themselves, to stay socially and emotionally connected, as a motivator to stay fit, and to reduce stress.

“Games are a powerful tool we need to harness for a strong and competitive future. Interactive game play requires a critical approach to problem solving.

“We can’t disregard that these same skills can be used by players in a professional environment.

“The cross pollination that is seeping into the Australian workplace from a skilled generation of gamers is promising.”

Ron Curry, CEO of IGEA, said, “Digital Australia 2020 emphasises the integral role games play in Australian’s lives. Far from being a solitary endeavour, games are designed to be a shared experience and our research supports the fact that most people play games with other people.
“Video games have influenced all aspects of society. We are finding games are leaving a footprint in the home, workplace, and school,” he said.

Here are some other key findings from the Digital Australia 2020 report:

Parents are still cautious when it comes to ensuring safety online – 83 per cent indicate they have talked with their children about playing games safely online. 89 per cent of parents also said that they were aware of parental controls, up from 81 per cent in 2018.

Video games for health – Older Australians cite the role video games play in positive ageing. A majority (87 per cent) use games as a tool for mental stimulation, and 81 per cent see it as a buffer against dementia.

The average Australian’s consumption of games has decreased – The average total daily video game consumption is 81 minutes, down from 89 minutes in 2018.