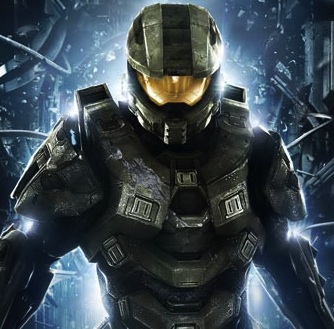 Microsoft kicked off E3 – the Electronic Entertainment Expo – with a bang in Los Angeles today by showcasing a number of exciting new games we can expect to see on the Xbox 360.

These will include the latest instalments of popular Xbox exclusive titles Gears of War 3 and Forza Motorsport 4.

The Microsoft event also saw the world premiere of the trailer for Halo 4 – the next chapter in the blockbuster franchise.

With Kinect such a huge success for Xbox 360 players to engage with their favourite game, it was no surprise to see a long list of titles new which will support the entire body controller.

The eagerly awaited Mass Effect 4 will also have Kinect support when it is released next year.

“For Xbox, games have always been at the heart of who we are: the world’s biggest blockbusters, enduring stories from the world’s best storytellers and innovative entertainment experiences that you can’t find anywhere else,” said Phil Spencer, corporate vice president of Microsoft Studios.

The best-selling first-person action series of all time is back in this epic sequel to the record-setting, blockbuster phenomenon Call of Duty: Modern Warfare 2.

This latest chapter is set five years after the events of Fable III and takes players on a magical journey with only your loyal horse at your reins, Theresa, the mysterious seer of  Fable III, by your side, and a malevolent evil to defeat before it claims all of Albion.

The racing franchise is back and delivers a realistic automotive experience. There are genre-defining controller-based racing, game-changing Kinect experiences, such as head tracking, and new social features that connect players online in an all-new way.

Gears of War 3 wraps up the ambitious trilogy starring Marcus Fenix and Delta Squad. Civilization is in ruins and Delta Squad faces the ultimate challenge on several fronts in order to save their world. Gears of War 3 will also innovate with new multiplayer experiences on Xbox LIVE including cooperative campaign mode and the return of five-player Horde mode.

Halo 4 is the next blockbuster installment in the iconic Xbox  and is set in the aftermath of Halo 3. Master Chief returns to confront his own destiny and face an ancient evil that threatens the fate of the entire universe. A new trilogy begins when Halo 4 releases in 2012 so expect Halo 5 and Halo 6 as well.

Created in celebration of the Halo 10th anniversary, Halo: Combat Evolved Anniversary is a spectacularly re-mastered version of the original Halo campaign, bundled with some of the most beloved multiplayer maps in Halo history reimagined for Xbox LIVE

Drawing on iconic action from many of the Star Wars major motion pictures, Kinect Star Wars allows to you to physically experience training and battling as a Jedi, using the Force and battling with a lightsaber like never before, thanks to the full-body recognition of Kinect.

Disney Interactive Studios and Kinect for Xbox 360 invite you to take a journey where stories come to life right in your living room. It is the first title coming out of a licensing agreement between Microsoft Studios and Disney Interactive Studios and children, parents and Disney fans can explore Disneyland park — from Main Street U.S.A. to Critter Country and join Peter Pan to battle Captain Hook, high-fiving Mickey Mouse or hugging Snow White using their full bodies and voices, no controller required.

The galactic war has begun. An ancient alien race known only as the Reapers” has launched an all-out invasion of the galaxy, leaving nothing but a trail of destruction in their wake. Earth has been taken, the universe is on the verge of total annihilation, and you, as Commander Shepard, are the only one who can stop them. Whether you are playing with a controller or through new voice recognition technology made exclusively for Kinect on Xbox 360, Mass Effect 3 allows you to immerse yourself in the Mass Effect universe like never before.

Minecraft will come to life this year in a whole new way through the magic of Kinect and also feature cross-functionality between the PC and Xbox 360 versions.

Be the warrior in this cinematic, visceral, action-packed experience that brings ancient Rome to life through the stunning visuals and innovative gameplay that Crytek is famous for. “Ryse” defines what’s next on Xbox 360 by creating a truly immersive experience that only Kinect can enable.

Sesame Street: Once Upon a Monster

Join your favorite Sesame Street characters Elmo, Cookie Monster, Oscar and Grover, and friendly new monsters in a colorful and whimsical storybook adventure filled with learning, discovery and fun. Each chapter is full of life lessons, including friendship, sharing and teamwork. “Once Upon A Monster” features co-op game play so kids can play alone, with others in this controller-free gaming experience only on Kinect.

Welcome to the U.S. Special Forces’ most legendary unit, the Ghosts. Equipped with the most advanced combat technology, track down high-value targets in eight spectacular locales around the world in the latest chapter of the celebrated “Tom Clancy’s Ghost Recon” franchise. Teamwork is key, whether it is fighting alongside your teammates in the campaign, Elite Co-op, or multiplayer modes. With the magic of Kinect’s body tracking and voice recognition, a special mode called “Gunsmith” will allow gamers to customize their weapons into more than 20 million variations in a way that simply can’t be done with a controller alone.

Experience the intense and gritty origins of Lara Croft and her ascent from a frightened young woman to a hardened survivor. Armed with only the raw instincts and physical ability to push beyond the limits of human endurance, start at the beginning of where the “Tomb Raider” adventure all began.