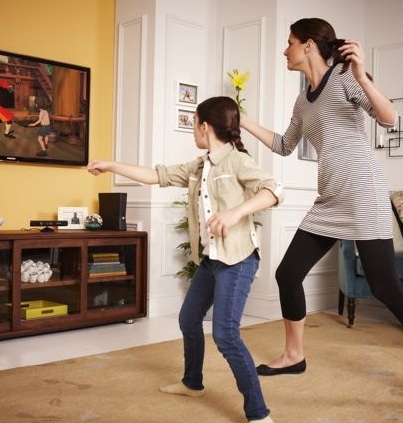 Kinect for Windows hardware will be available on February 1 for $US249 and will offer a new way to control the computer with gestures and voice.

The event was hosted by American Idol host Ryan Seacrest and featured a Tweet Choir which sang comments made on Twitter about the keynote.

Microsoft the Kinect for Windows platform will prove attractive to developers to create applications and experiences and could possibly be used to replace the mouse.

Kinect set a Guinness world record as the fastest selling consumer electronics product of all time.

Ballmer also talked up the upcoming Windows 8 operating system but did not reveal when in 2012 it will become available to the 1.3 billion Windows users worldwide.

Windows 8 has been optimised to work across a number of platforms including laptop and desktop computers and has also been optimised for touchscreen devices like tablets and smartphones.

There was some disappointment from the press at the keynote when Ballmer failed to announce the rumoured new gaming console – the Xbox 720.

Before CES began Microsoft announced the company would be pulling out of future CES shows.

Microsoft also revealed this year’s keynote, the company’s 15th at the show, would also be its last.

Bill Gates handled the CES keynote duties for 11 years in row before handing over the reins to Ballmer in 2008.