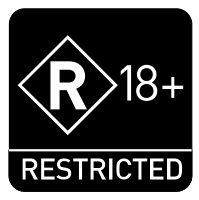 Australian computer game players will finally have the long-awaited R18+ rating for games after legislation was passed in Federal Parliament.

The passage of the bill means all states and territories in Australia will now be able to offer R18+ rated games aimed at older players.

With the average age of gamers in Australia at 32, the new law brings computer games into line with other forms of entertainment including films, TV shows and books.

Previously the highest rating which could be given to a game was MA15+ and, if a game couldn’t meet this rating, it was either banned or modified to fit the MA15+ rating.

Now an R18+ rating can make it easier for parents and other customers to distinguish titles designed for children, teenagers and adults.

“These are important reforms over 10 years in the making,” said Home Affairs Minister Jason Clare.

“The R18+ category will inform consumers, parents and retailers about which games are not suitable for minors to play and will prevent minors from purchasing unsuitable material.

“The reforms also mean that adults are able to choose what games they play within the bounds of the law.”

“The passage of this bill will no doubt be welcomed by adult gamers all across Australia,” Senator Brandis told the Senate.

“The industry has been waiting for this change for some time.”

The new laws allowing an R18+ rating for computer games comes into effect on January 1, 2013.