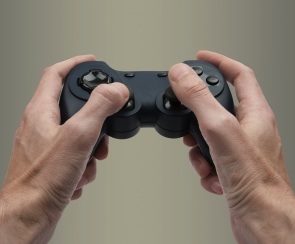 The Interactive Games and Entertainment Association (iGEA) today announced the computer and video game industry in Australia reached more than $1.5b in sales in 2011.

Despite being 12.8 per cent down on the 2010 figures, iGEA says the interactive games industry remains buoyant.

This latest data comes from NPD Group Australia and includes all the revenue generated from console hardware, games and gaming peripherals sold through retail in 2011.

But what the figures didn’t show were digital downloads, in-game purchases and online subscriptions.

“Whilst the NPD data has revealed a dip in ‘traditional retail’ sales, which according to our latest Digital Australia report still represents the lion’s share of the games industry, other research has pointed to the growth in digital downloads, multi-player online games, in game purchases and online subscriptions,” says iGEA CEO Ron Curry.

Tech analyst Telsyte says Australians will spend more than $450m in online gaming subscriptions in 2012 which, along with in-game sales, will account for 20 per cent of the overall digital good market.

PriceWaterhouseCooper predicts the revenue for both traditional and digital sales will reach $2.5b by 2015 with online games and digital subscriptions accounting for 50 per cent of this amount.

Some interesting points to note from the NPD Group Australia’s figures:

* Shooters and action were the most popular gaming genres (both 19 per cent) followed by family titles at 16 per cent.

Sales for PlayStation and Xbox were also revealed in the NPD Group Australia figures.

PlayStation 3 saw console unit growth of 24 per cent in 2011 and claimed 25 per cent unit share and 31 per cent value share of the Australian games industry.

Over at Microsoft, the Xbox 360 achieved 5 per cent platform revenue growth and was also the number one selling console in the Christmas sales period. December 2011 was actually the Xbox 360’s greatest sales month on record.