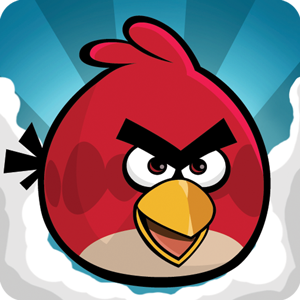 Rovio Entertainment, the Finnish company started by three students and responsible for the hugely popular Angry Birds games, has been valued at more than $8.8 billion.

At that price Rovio would be worth as much Finland’s other famous company Nokia.

The object of the game is to fling birds with a slingshot towards pigs who stole their eggs and knock them down from their teetering structures.

Since it was launched in 2009, Angry Birds has been downloaded more than 800 million times.

Today there are several versions of Angry Birds including a new Angry Birds in Space game which has been downloaded 50 million times since it was launched in March.

There are even plans to develop Angry Birds into a TV show and a Hollywood movie.

Rovio was founded in 2003 by three students who won a game development competition sponsored by Nokia and Hewlett Packard.

But it was in 2009 when the company caught everyone’s attention with release of the surprisingly addictive Angry Birds game on the iPhone.

Today the game is available on iPhone, iPad, Android smartphones and tablets, Symbian and Windows Phone as well as on computers and even on smart TVs.